With multiple on-the-fly travel modes, dual wheel size compatibility, and a clever volume adjustment on the shock, the all-new Ransom is primed to crush whatever terrain lays ahead. 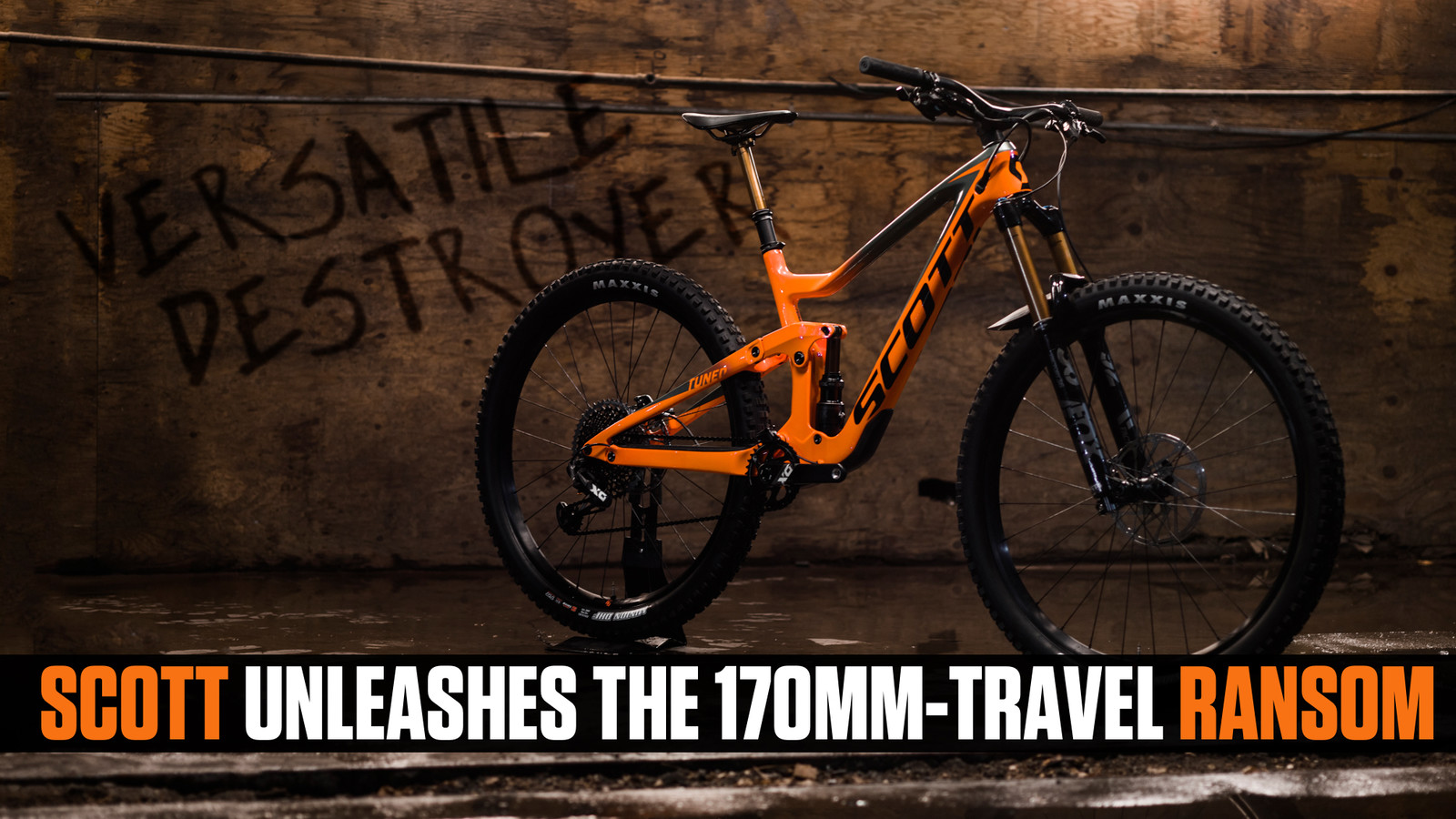 Whether it's their downhill bike with a crazy-looking linkage, ultra-sleek cross-country rigs, or their ability to morph a bike in seconds, Scott has a way of standing out from the crowd in the world of mountain biking. The new Ransom stands out as well. One glance and you're almost certain to do a double-take. From the space-age bar and stem combo to the shock you've never seen before, there's a lot that's new and different.

This bike has all the things, and together they create what Scott promises to be an improved riding experience for enduro racers and long-travel-loving mountain bike riders. With 170mm of travel on tap and the ability to run both 27.5 and 29-inch wheels, this machine is ready to gobble up some gnar with whatever flavor you prefer. Scott's approach is very much their own, and yet it's very similar. Two wheels with one true purpose: fun in the mountains. Let's dig in. 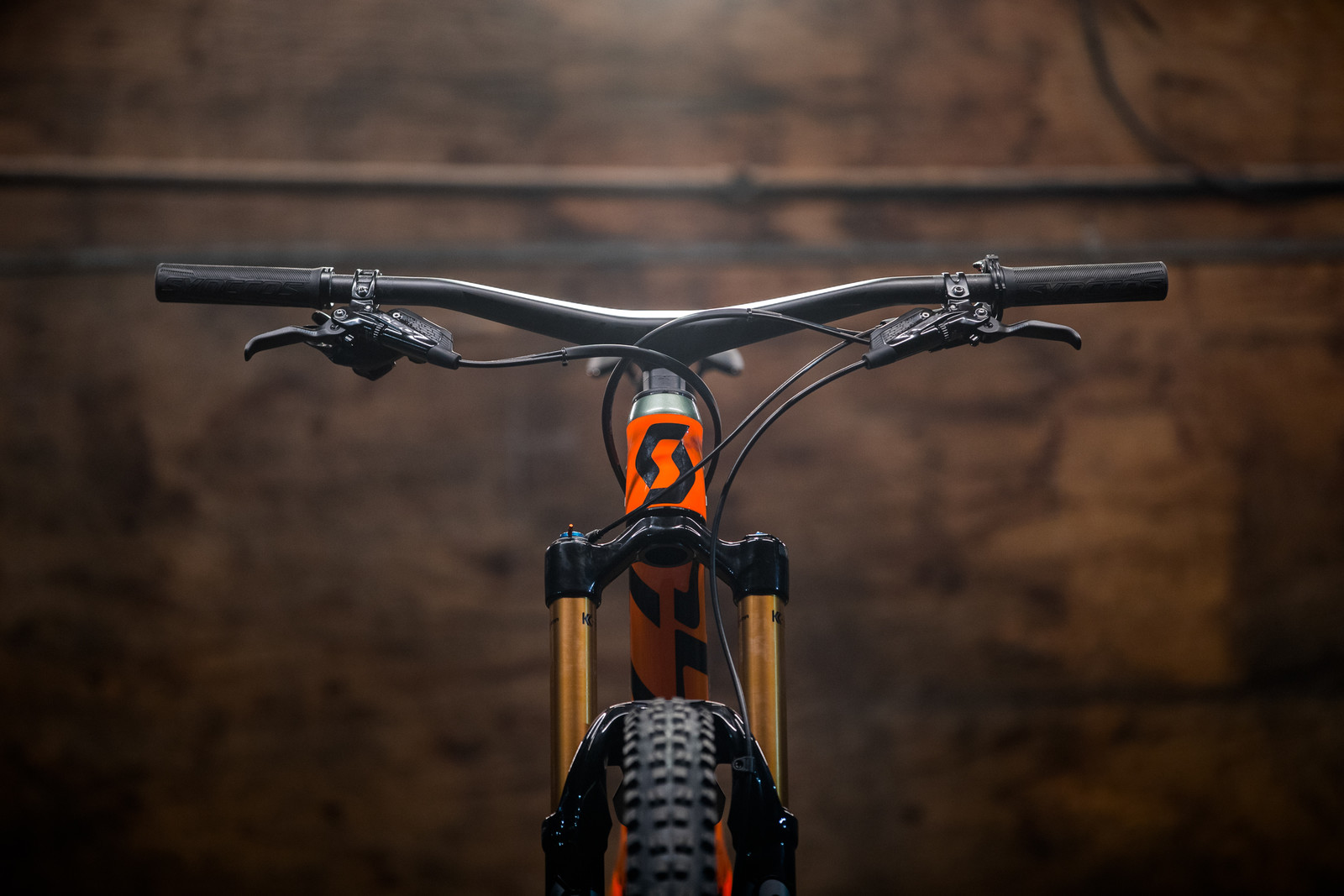 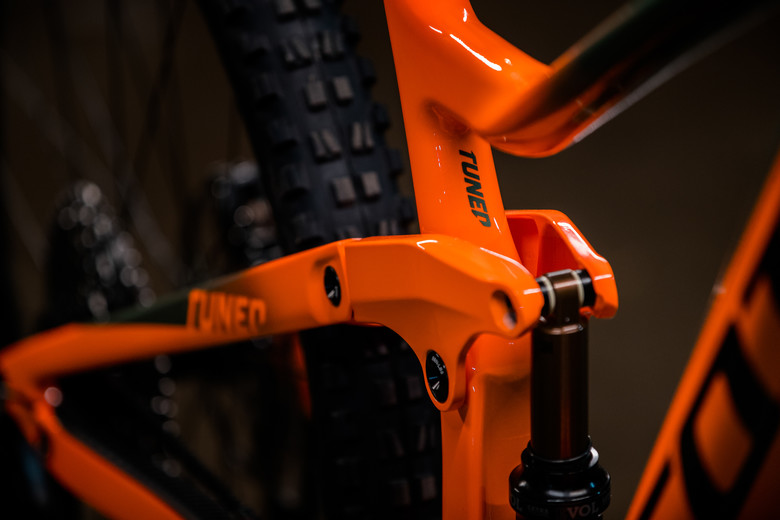 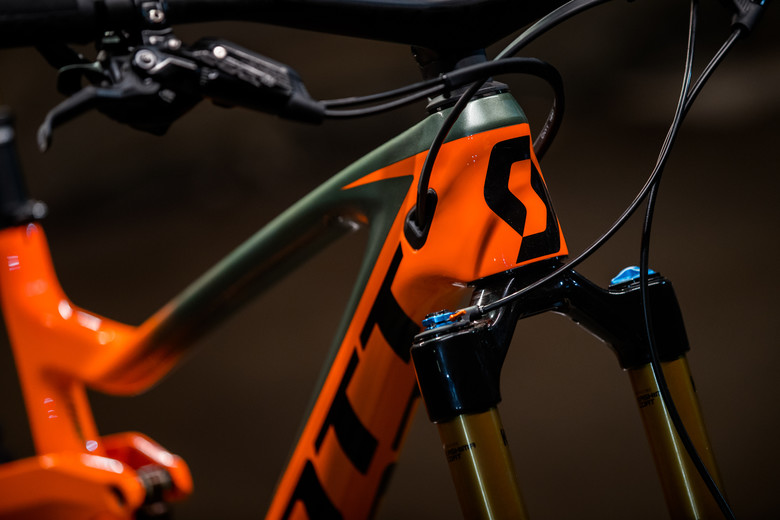 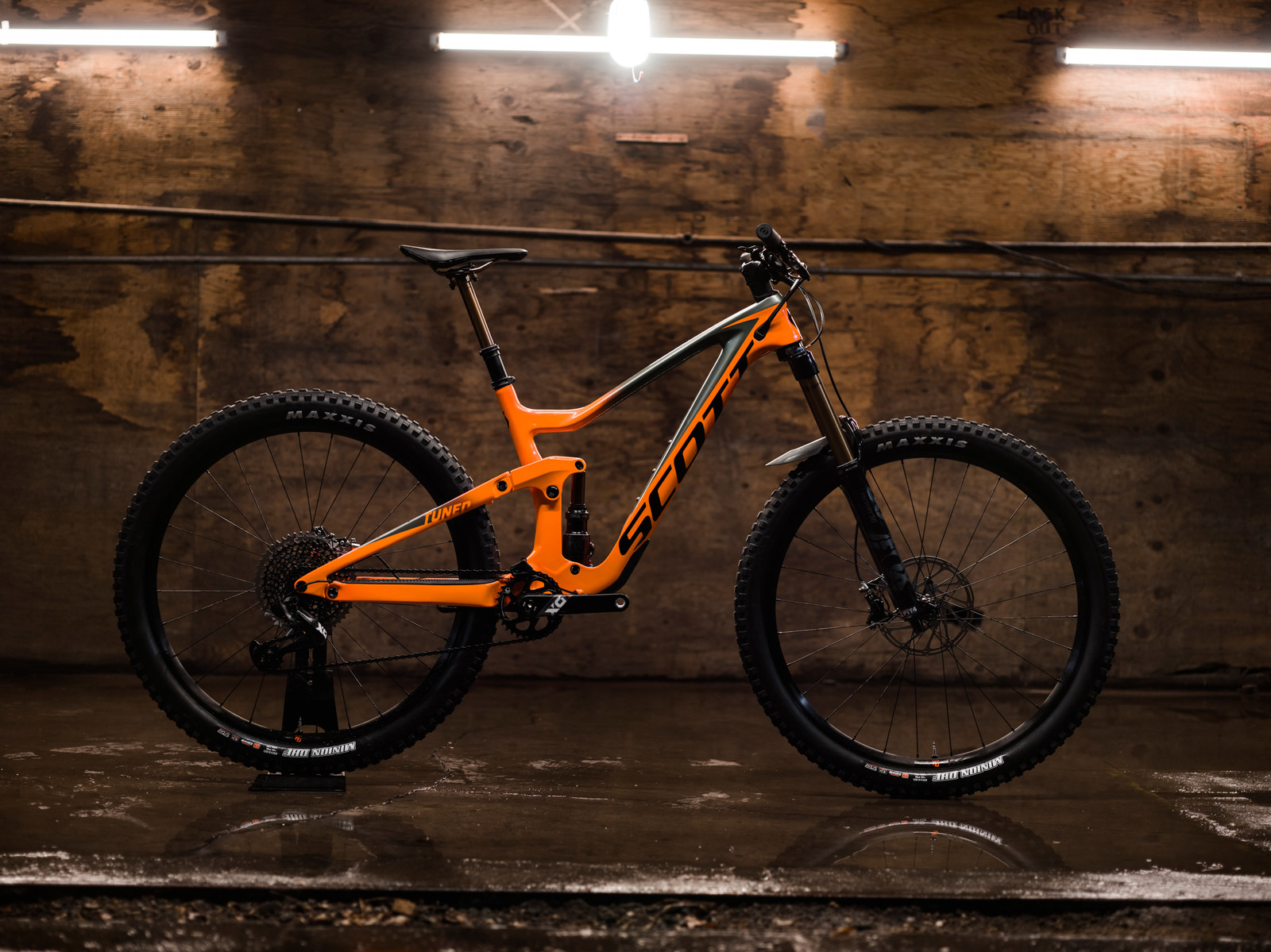 When SCOTT first launched the Ransom back in 2006, it certainly turned some heads in the industry. Now, with the 2019 Ransom, our aim is to do the same. 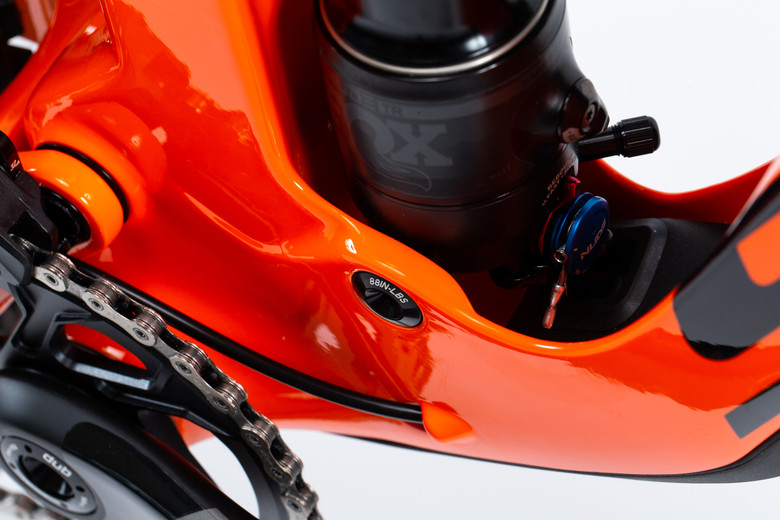 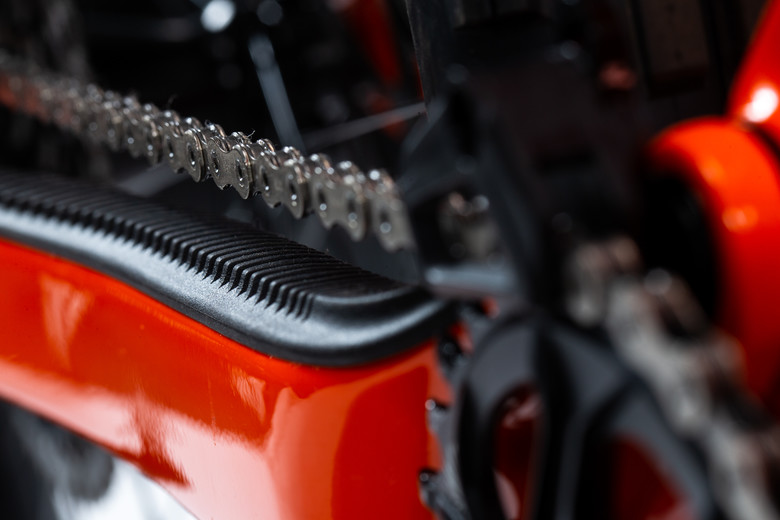 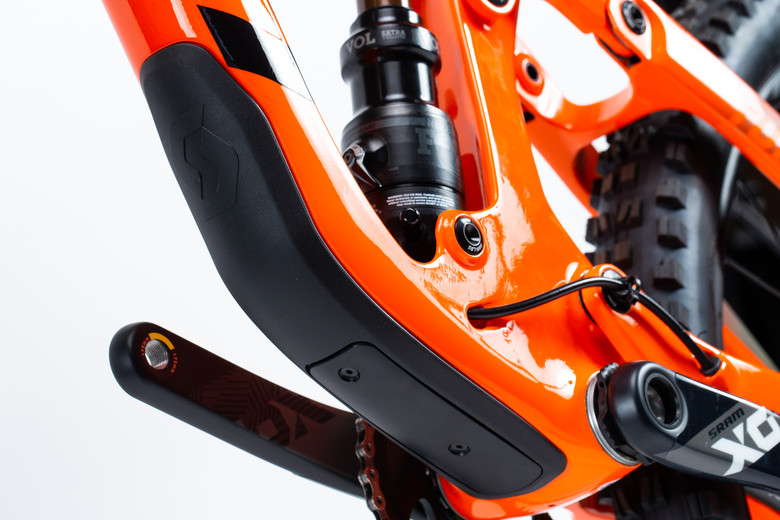 All About the Ransom

At the heart of the Ransom is Scott's strongest carbon frame to date, but it's also impressively light at less than 6-pounds in the highest-end model. The brand prioritized weight early on, and the pursuit of "lighter" pushed them in new directions. The frame is the result of an exhaustive process of "modeling the frame to optimize the surface area, simulating tube structures with different ply orientations, observing the results of using different configurations, and testing the stress distribution in different areas of the frame." 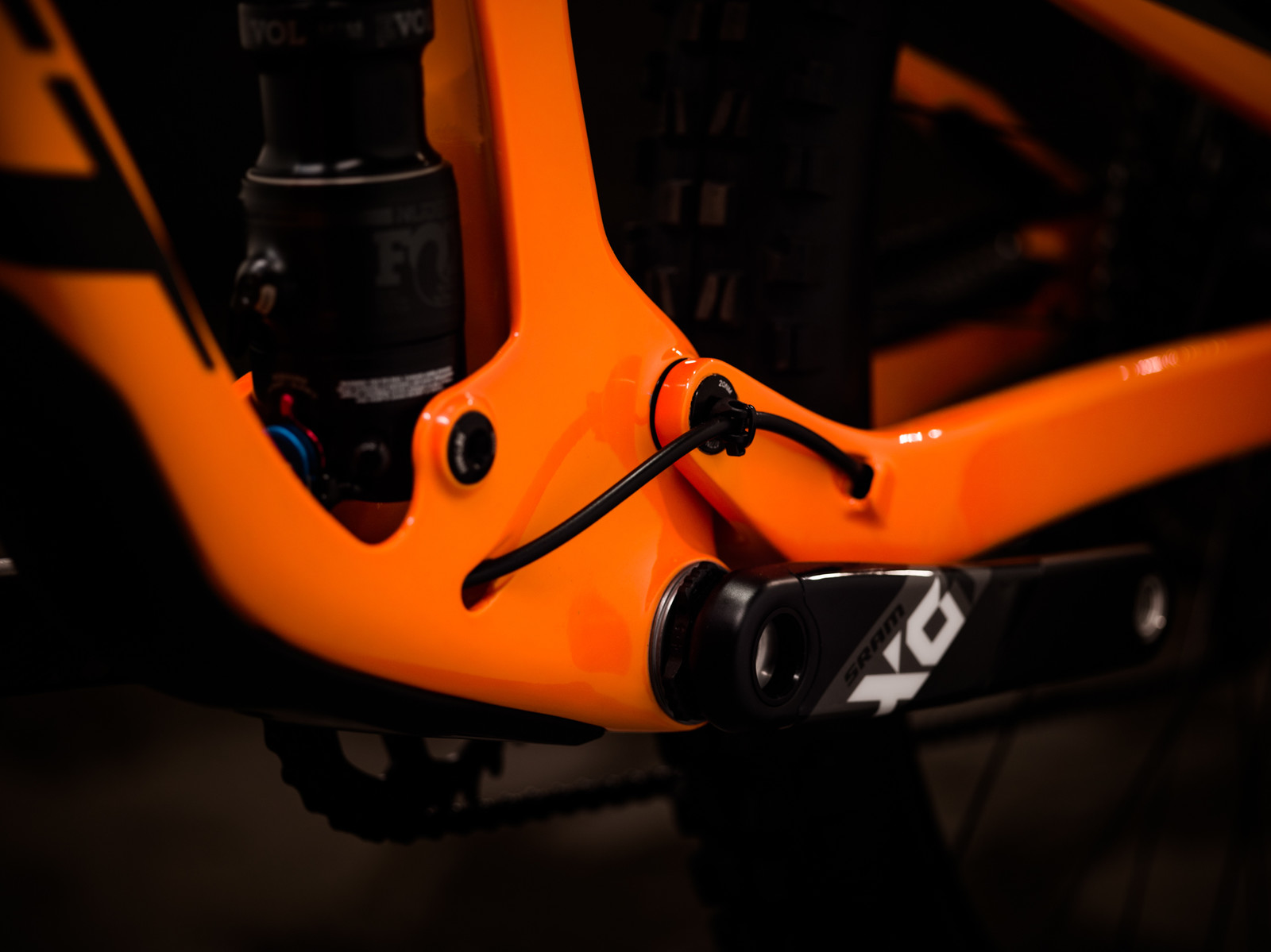 On the flagship model, the HMX carbon material used is claimed to be 20% stiffer than its more common high-modulus carbon counterpart for the same weight. The material is pricey, though, right in line with the common "pick two" saying that describes bikes so well. Of course the bike is also being offered in a slightly lower-tier carbon frame and good ol' aluminum. Regardless of material, the frame's large downtube and chainstays, 1X-only designation, wide main pivot, and boxy trunnion shock mount all add to the stiffness equation.

Like the new Genius, the Ransom can fit both 27.5 and 29-inch wheels. Flip a chip on the linkage, swap wheels and viola! You've  effectively got a new ride with a different character.

The bike sports a newer, shorter 42/44mm offset 29-inch fork. As we've written about extensively, we've found this can add a lot of stability and control to many bikes. What happens when you pair that 29-inch fork with 27.5 wheels, though? You're left with the same offset that has been used on 27.5 bikes for years. 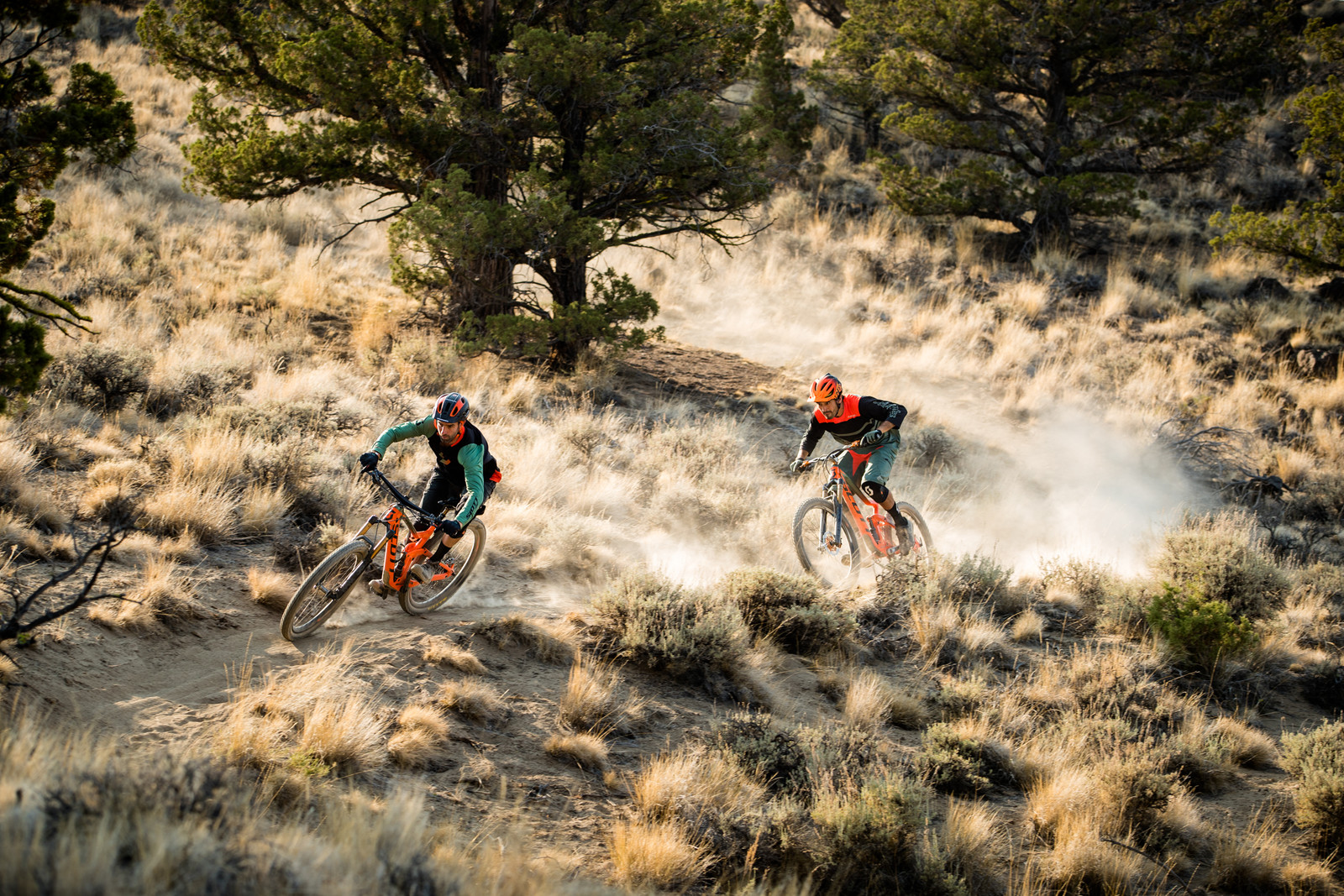 Knowing the potential of bigger tires, Scott emphasized tire clearance in the design process. It allows for up to a 29 x 2.6 or 27.5 x 2.8-inch tire, and Scott specs the bike with some large 2.6-inch wide meats that add to its character.

Morphing the Ransom for Efficiency

Though the number of cables will reliably stir up some comments, those cables allow you to change the bike from a 170mm-travel rock crusher into a 120mm uphill go-getter without so much as removing your hand from the bar. 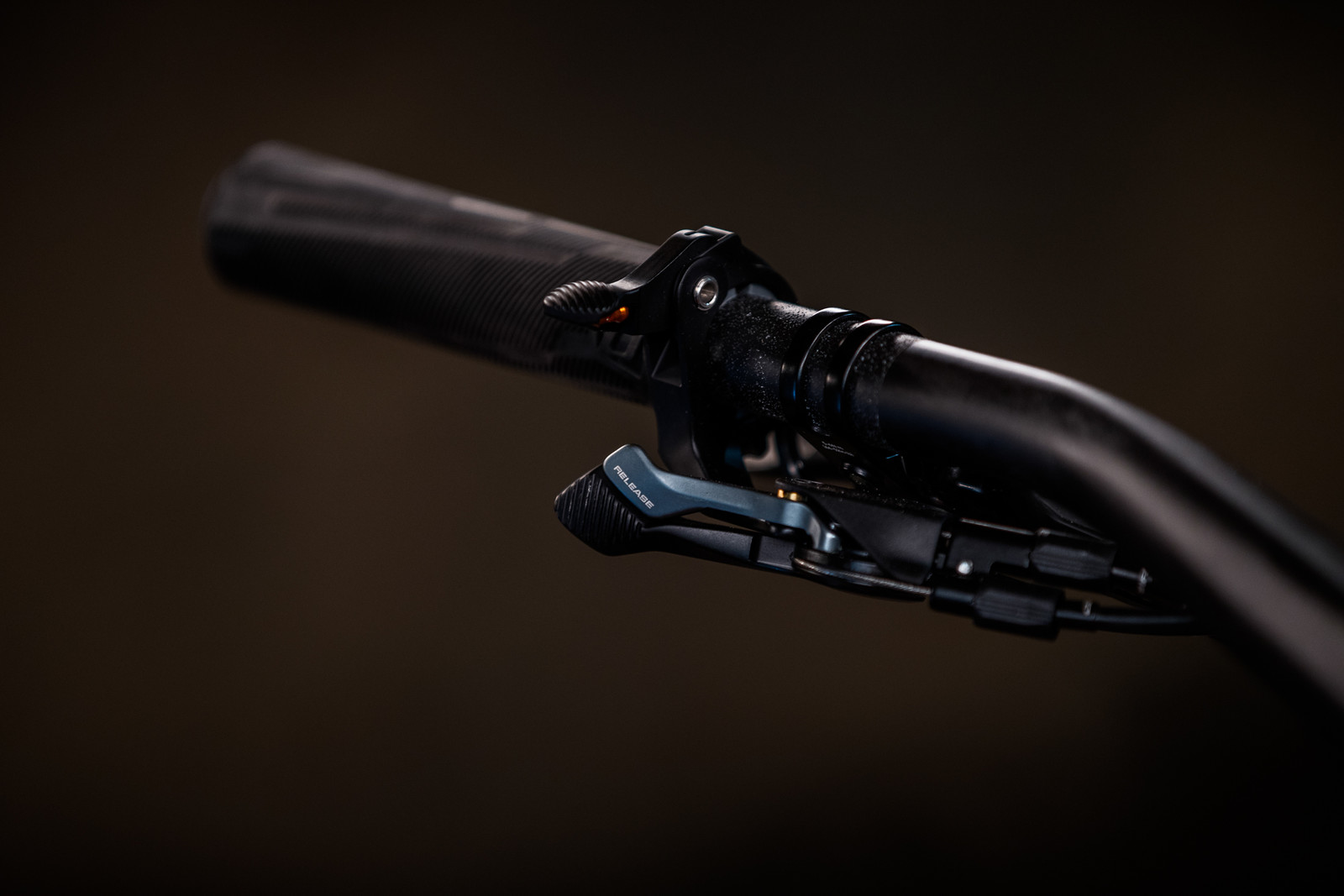 Once front shifters were all but eliminated, Scott moved the TwinLoc levers under the bar for better, cleaner access. Dropper post integration was next on the agenda, and they've done a pretty clean job of it by rotating the lever down further. You'll note machined surfaces for less thumb slip, and the assembly also functions as a lock-on grip clamp.

While a 170mm MTB is great for descending, it needs to be a good climber if you’re going to enjoy the full day. The Ransom can climb perfectly well in Descend mode, but with the flick of the thumb it performs with the efficiency of a lightweight XC bike.

Both the fork and shock see some changes when activating the TwinLoc lever, with the fork getting a boost of compression damping and the rear end seeing a pretty drastic 50mm travel reduction as the result of a large air volume change. Pressing the lever one step further puts you in full lockout mode for grinding out those road climbs. 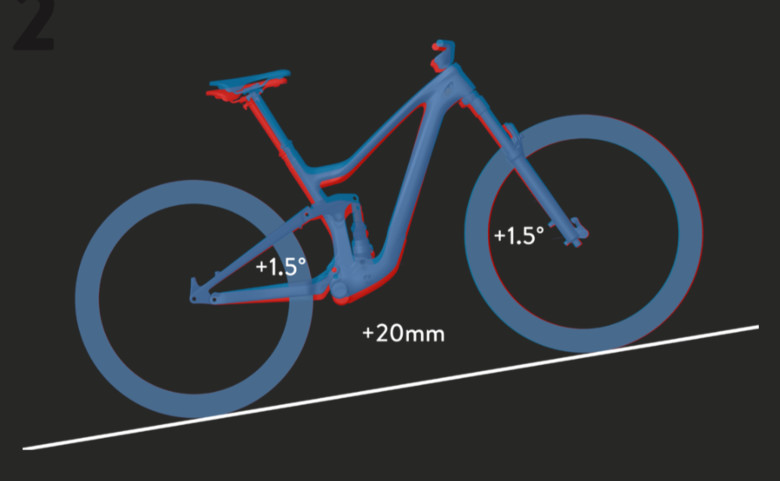 Climbing in the middle "Traction Control" mode effectively sits you up higher, raising the bottom bracket a significant amount for techy terrain clearance and steepening both the headtube and seat tube a noticeable 1.5-degrees.

While it can be intimidating to crack open a shock for the first time, volume spacers aren't very difficult to install and make a bike more progressive. This results in a more poppy, playful feel with added bottom-out resistance. Scott's new shock collaboration with FOX suddenly makes that whole process look like a pain. 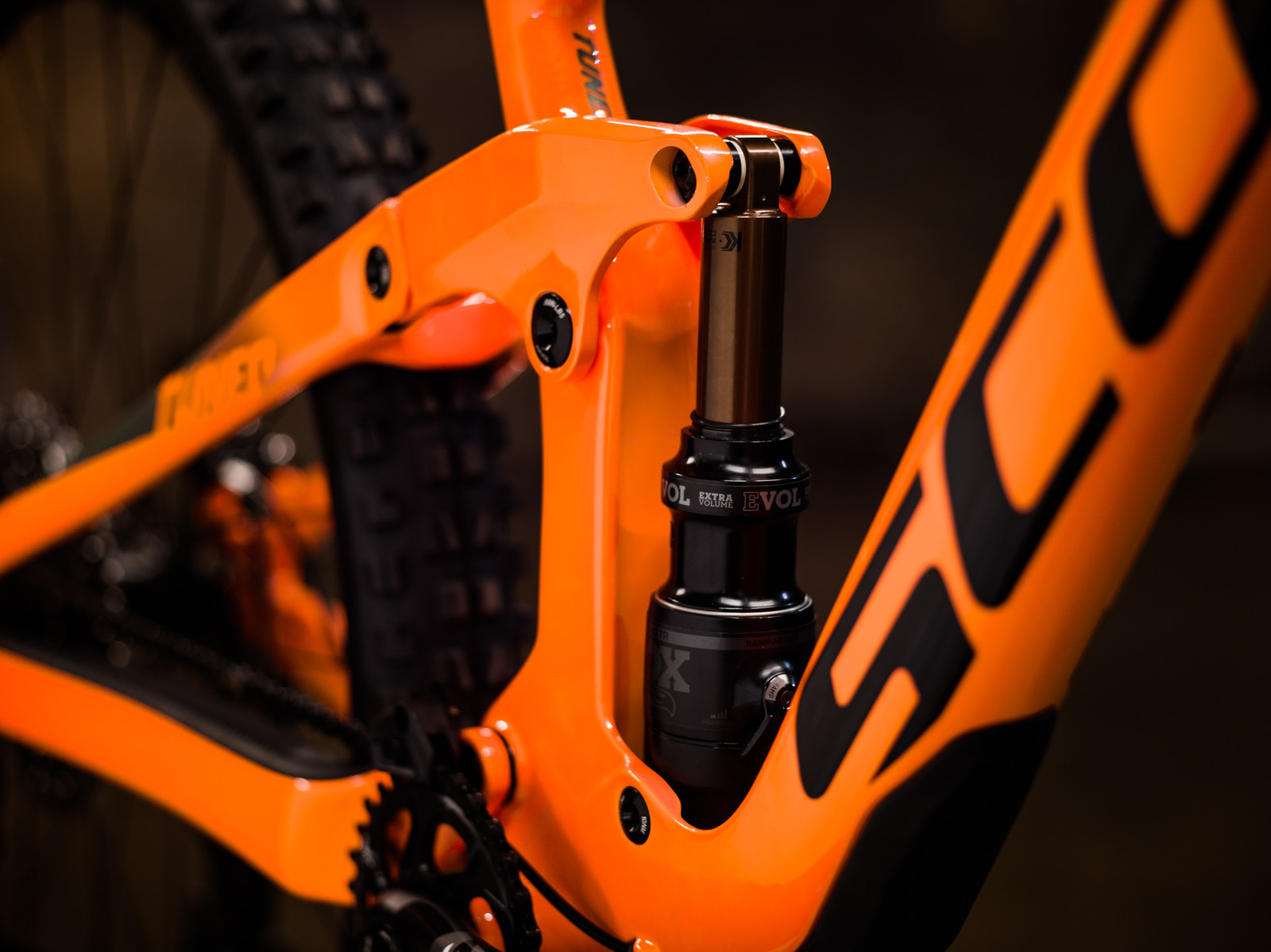 By simply flipping a lever on the NUDE TR shock, you're able to open/close an air chamber inside – effectively adding/removing a sizable volume. This helps tailor the bike's demeanor to the terrain at hand, meaning you can go from blasting jump trails to mobbing flat rock gardens with a dialed setup for each. Scott claims a 50% increase in bottom-out resistance in Ramp mode. Traditional volume spacers can still be used.

Prefer a different shock entirely? Scott provides enough room on the Ransom for a variety of piggyback shocks, and says it's coil compatible as well.

What About that Handlebar?

Scott's house brand, Syncros, is on a role with their efforts to integrate various components using carbon. The Hixon iC Rise carbon bar and stem combo looks wild and drops component weight. It's wider and taller for the Ransom with a 20mm rise, 6° upsweep, 8° back-sweep, 780mm width, and 50mm virtual stem length. Those numbers are fixed as the bar is unable to rotate, but Scott does offer it in a 40mm virtual stem length as well. Garmin GPS devices mount very cleanly. 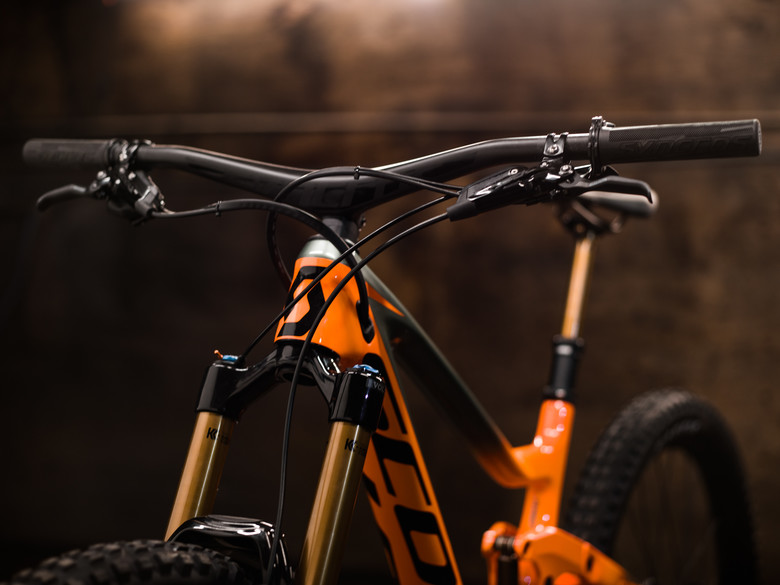 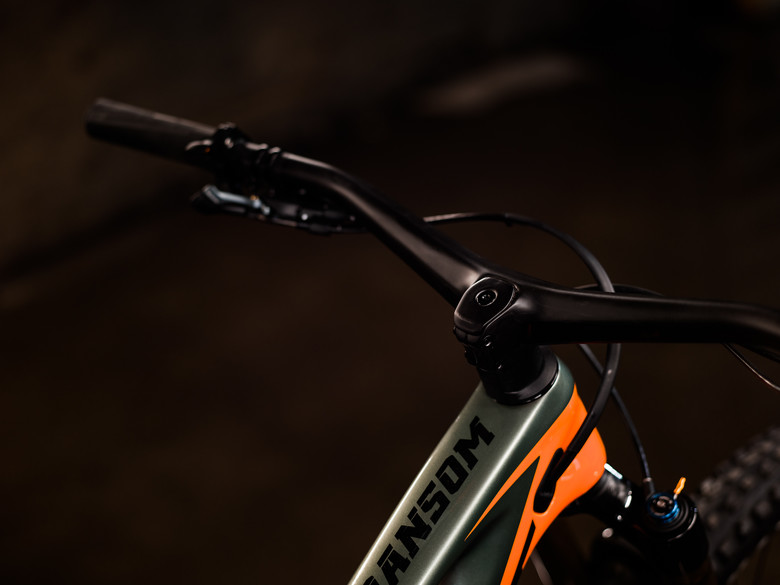 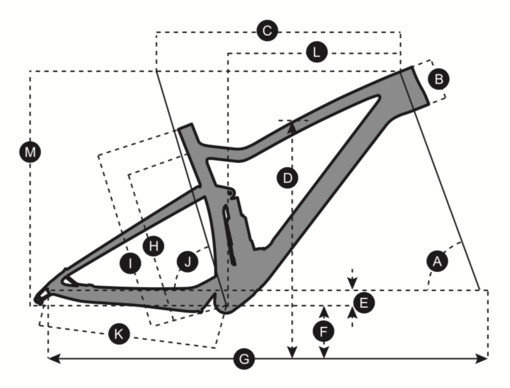 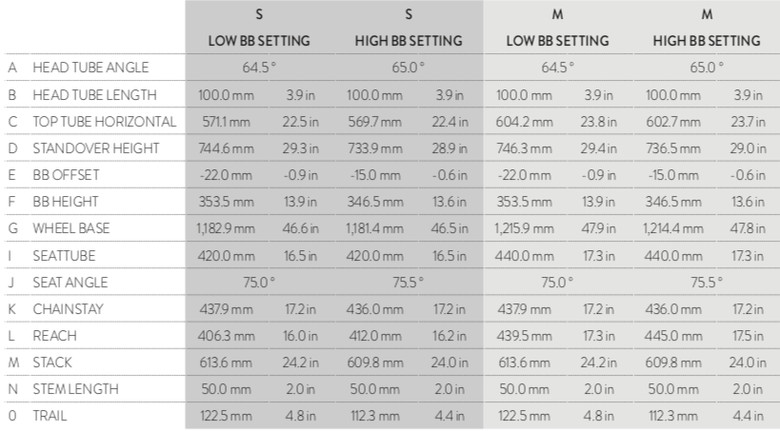 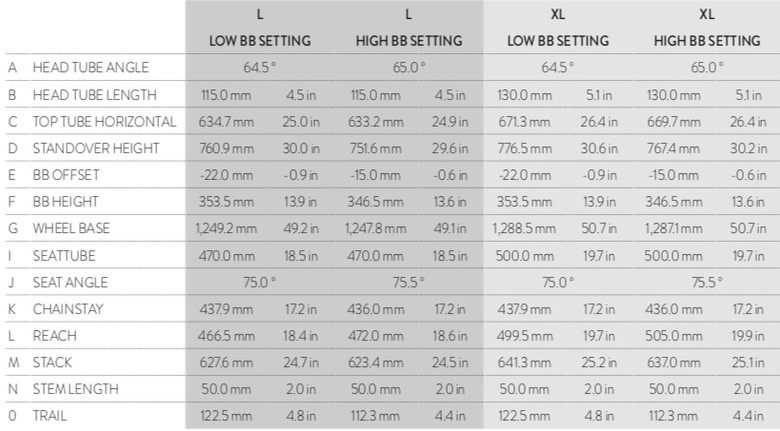 On the geometry front, the Ransom feels conservative in some areas and bold in others. Reach values range from 406-500mm across the size range, offering something for most everyone's length preferences. We'd suggest considering a longer bike given our experience with the slack head angle and short fork offset combo.

Note that the high/low geometry setting is more to facilitate the wheel swap than it is to actually adjust geometry. Use low for 29-inch wheels and high for 27.5. The bike lowers a bit with 27.5 wheels. 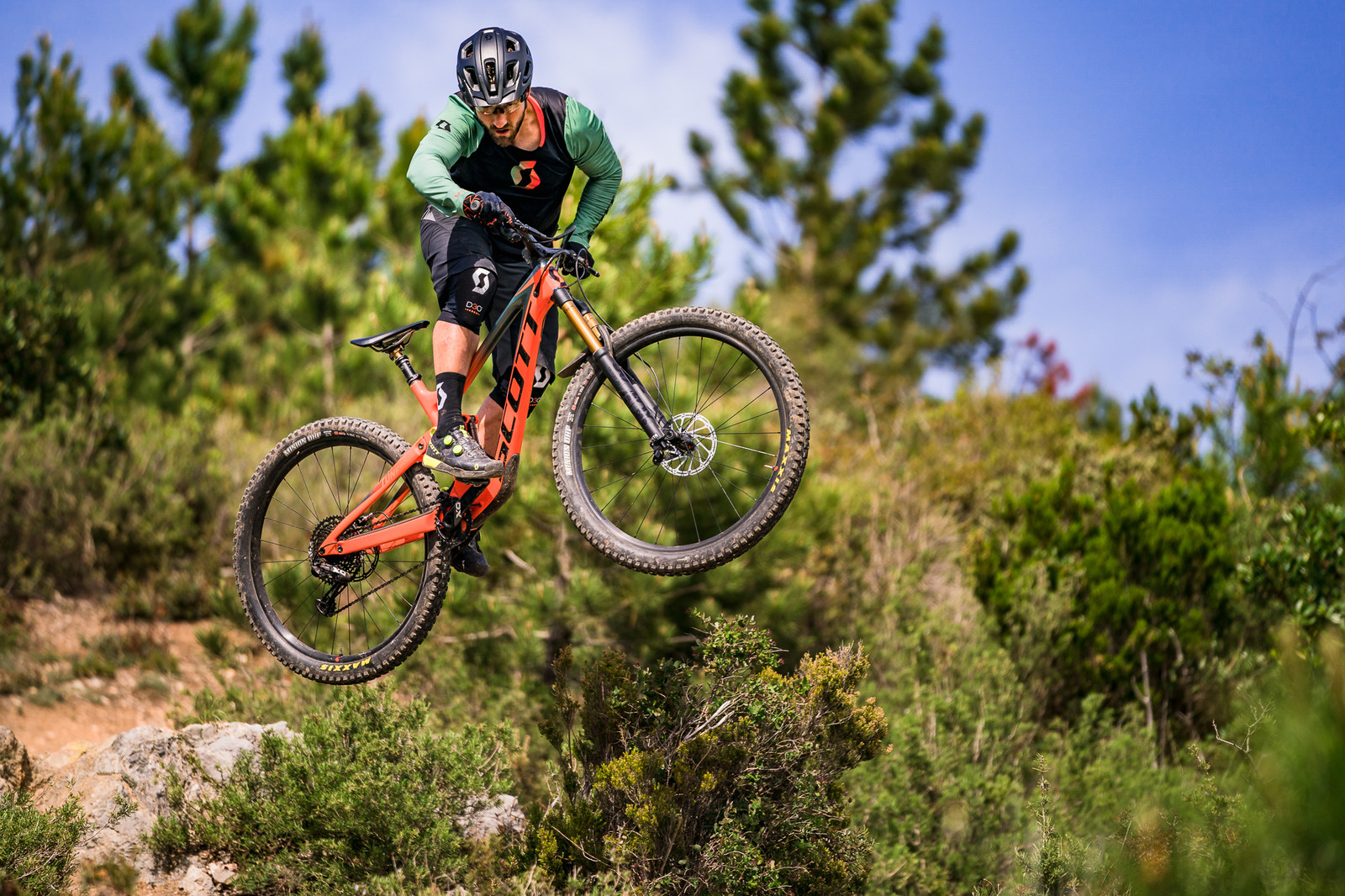 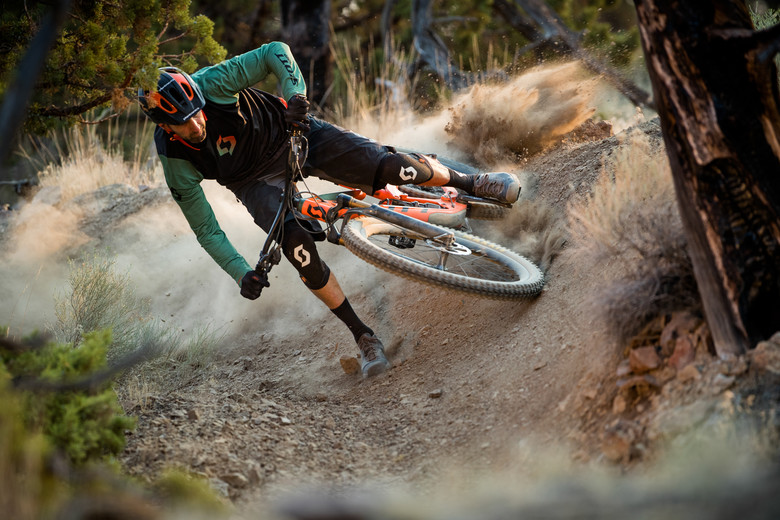 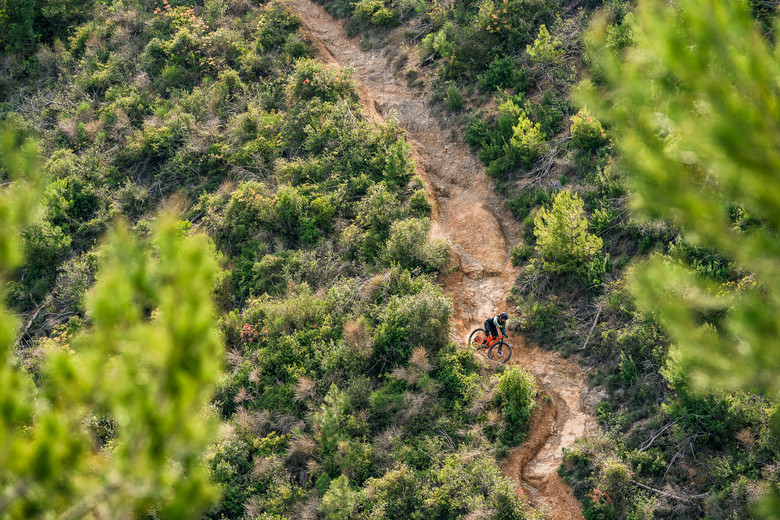 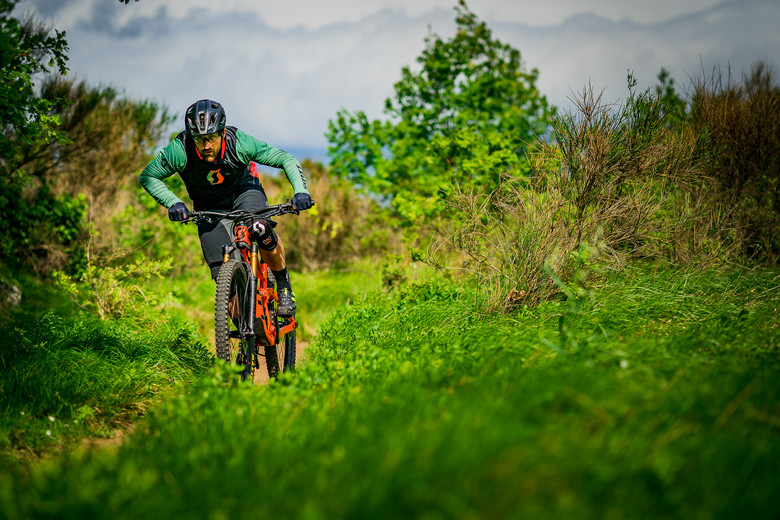 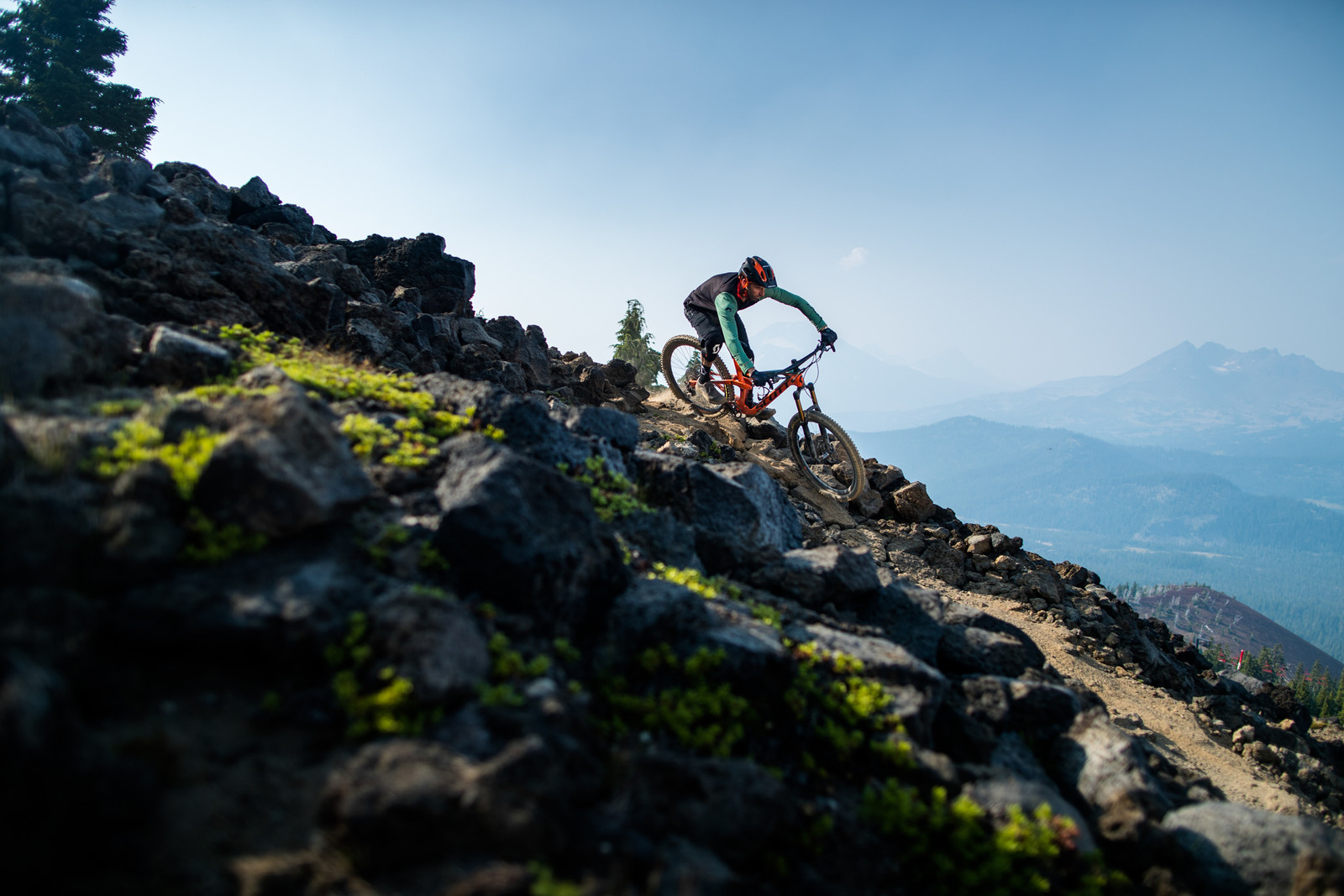 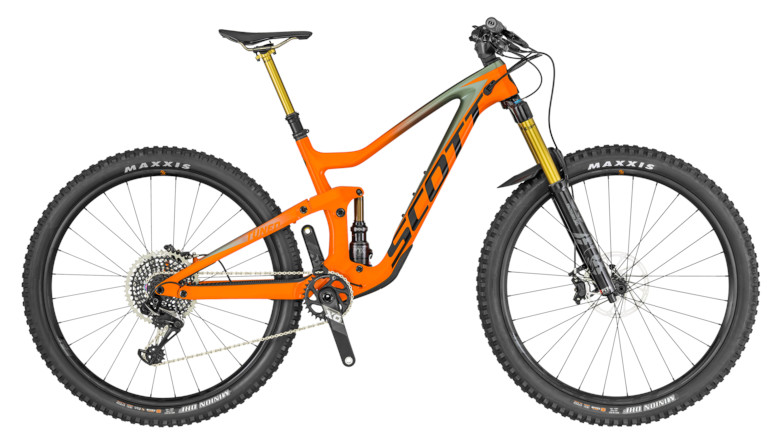 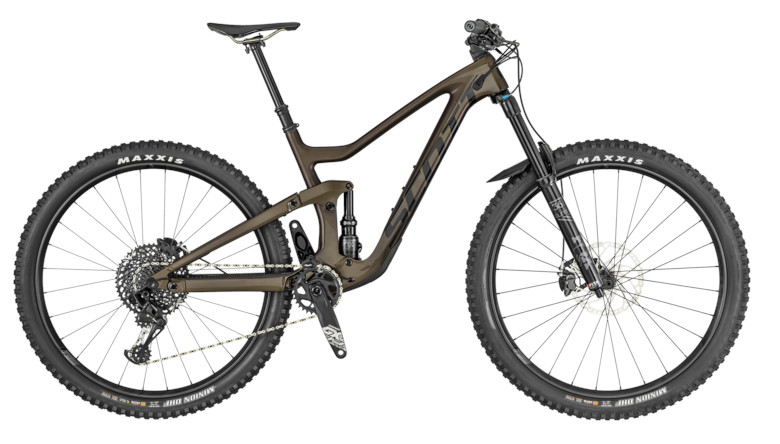 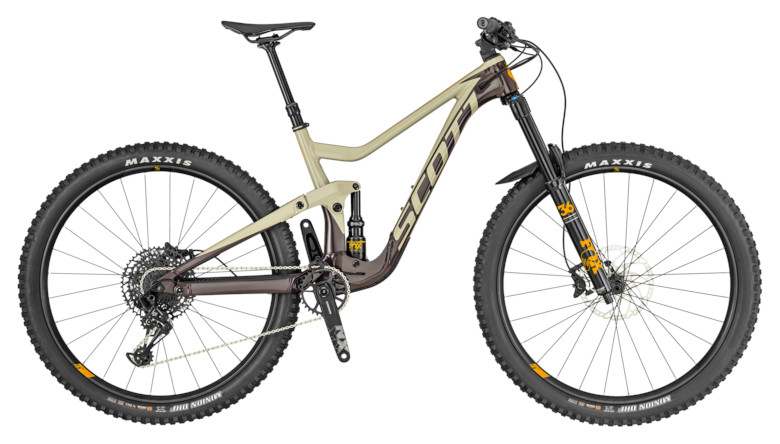 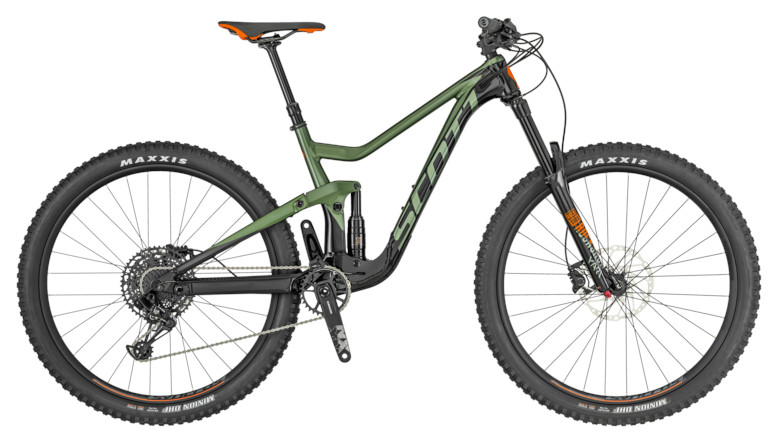