Santa Cruz finally gives the 5010 the lower-link VPP treatment, but does it improve an already-fun 27.5 trail bike? 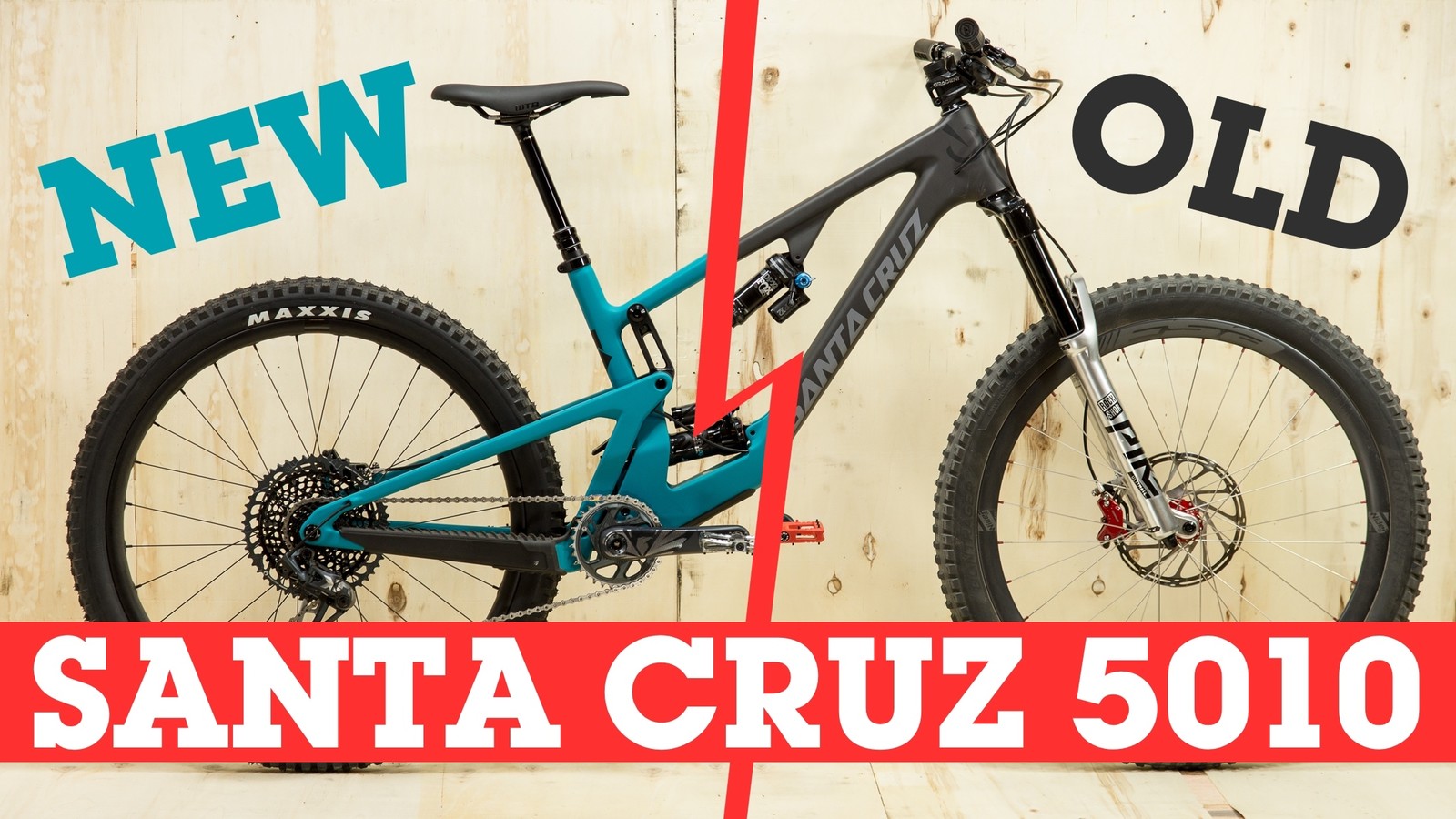 It's official. All Santa Cruz trail and enduro mountain bikes now look the same, and it's impossible to tell them apart if you're social distancing. The last hold out, Santa Cruz's 27.5-inch-wheeled 5010, finally gets the lower-link VPP treatment. We compare the old 5010 v3 to the new 5010 v4 to investigate the differences, similarities, and on-trail performance of this small-wheeled ripper. 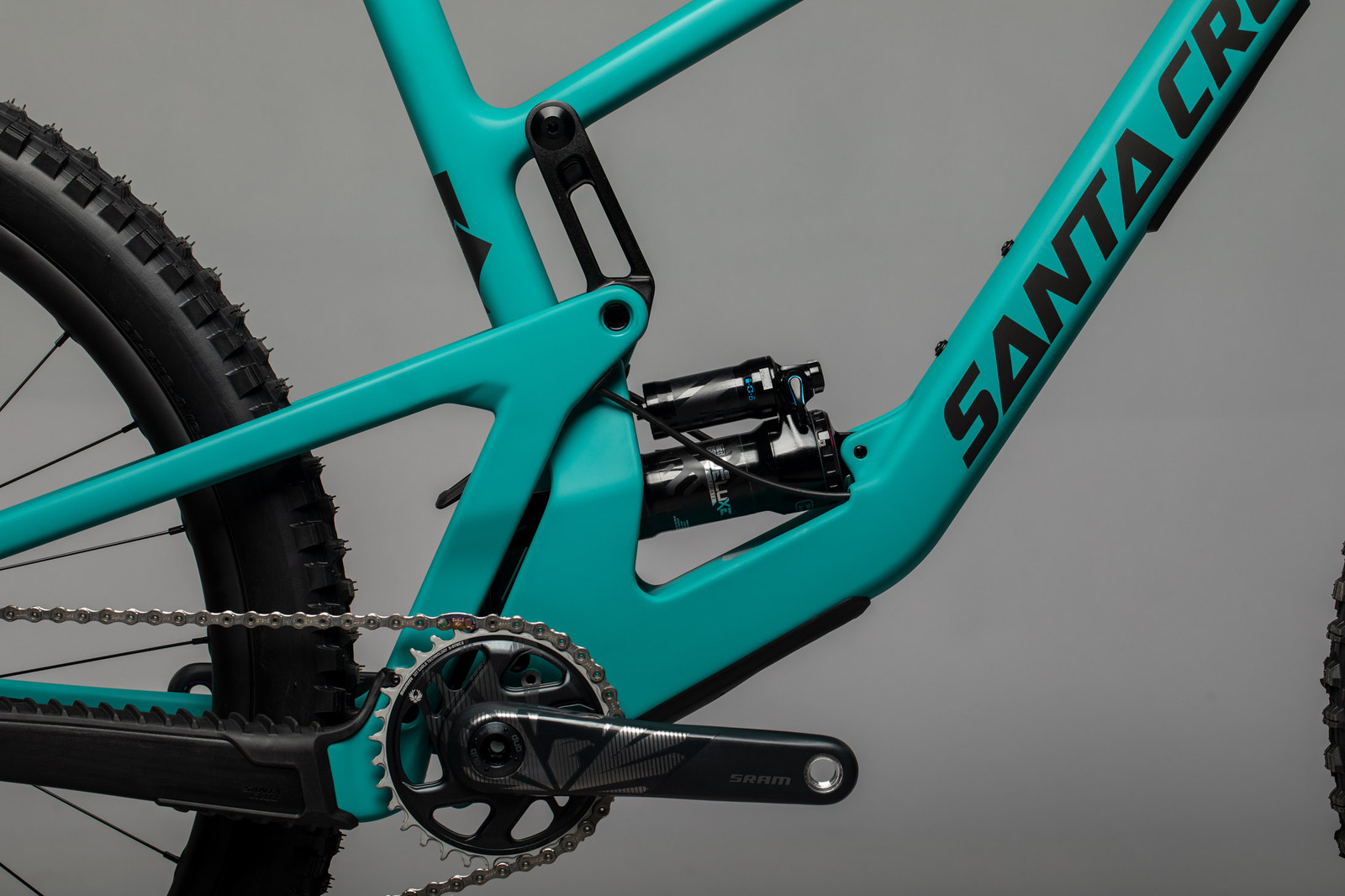 Visually, the bike has obviously changed, and with that physical change, the playful 5010 spirit gets even more spritely with a progressive lower-link VPP design that puts the center of gravity down low, between the wheels. The bike flicked around by Loosedog and Ropelato stays true to its rear travel, remaining at the sweet spot of playful⁠—130mm. Up front, however, the stock fork travel gets bumped to 140mm, up from 130mm on the 5010 v3.

Santa Cruz says "get creative with your surroundings" in their 5010 marketing material, so we tried just that. We found the nearest almost-gated communities, full of suburban, decorative landscape rock features that never had any intention of being used as mountain bike trail obstacles. Danny Mac, watch your back. 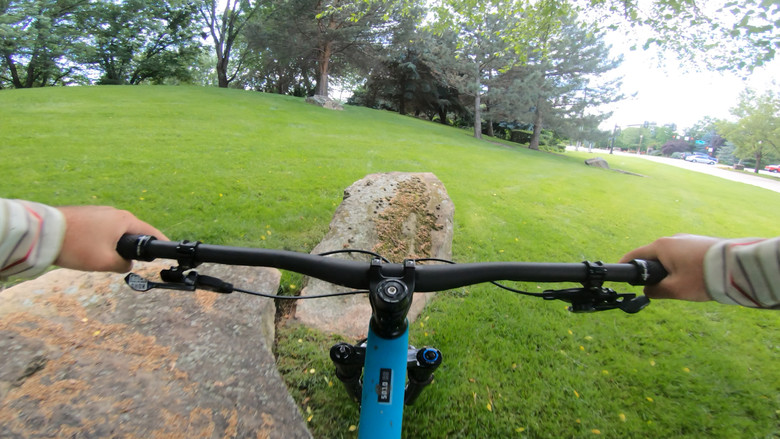 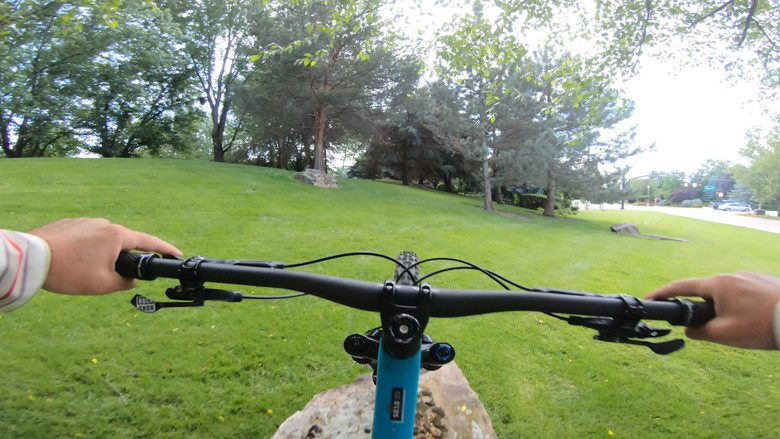 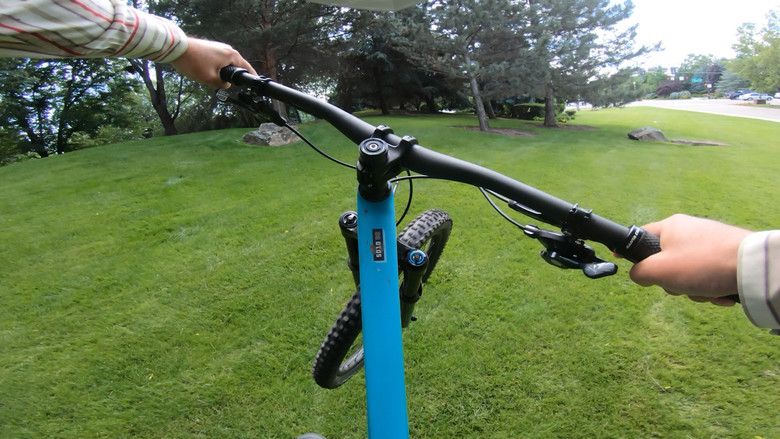 Mid-life crisis moves and trying to recapture our youth aside, the improvements to the 5010’s frame design and suspension can be felt on the trail. During back-to-back test runs between the old and the new 5010, race times on our familiar test track were literally identical. We’d had a year and a half on the old bike and just a few days on the new one, so there were things to get used to. Our conclusion, however, is that you can’t say the old 5010 is a dog by any means. 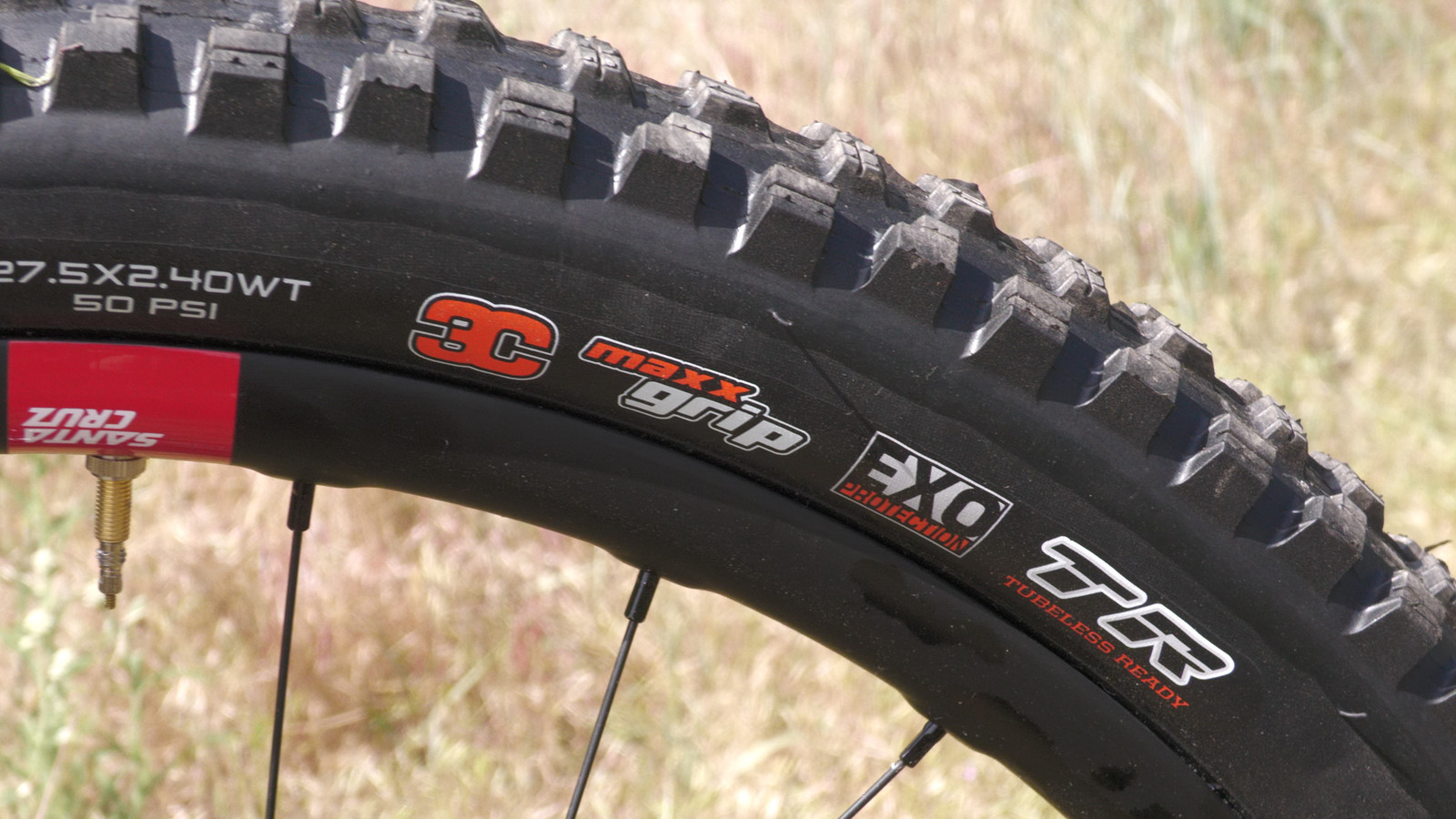 Our new 5010 had a slower rolling tire setup with the Maxxis Maxxis Minion DHR II MaxxGRIP EXO tire up front. Our 5010 v3 had faster-rolling tires. But race times aren’t really what the 5010 is about unless you’re talking Mitch Ropelato slaying Sea Otter Dual Slalom. Through rougher portions of trail, the new 5010 felt more composed and popping off lips and springing out of berms was a snappier experience aboard the lower-link version. The old 5010 always had a bit of that bucking bronco feeling through multiple big hits and the new 5010 tamed those wild moments. 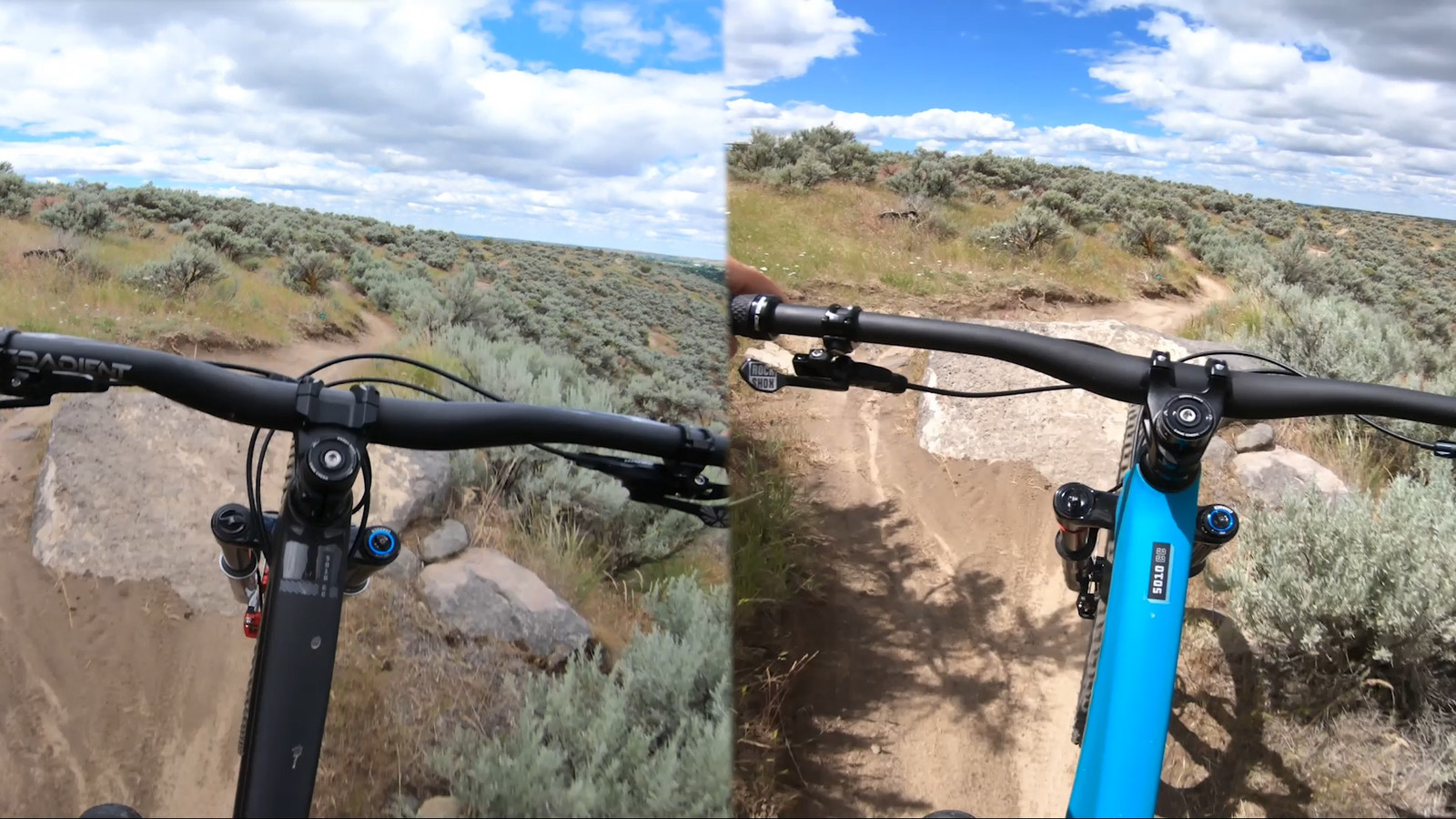 As we've joked, all Santa Cruz bikes now look alike, but there’s a beauty to that, especially for the last model that gets the treatment. The 5010 encompasses all of the positive elements of the other lower-link VPP models while having concepts refined a step further in both the C and CC carbon frame options (sorry, no alloy version for now). The shock tunnel is has been made larger to fit a wide variety of 210 x 50mm shock models, including coil shocks, which bodes well for the newer, progressive suspension curve of the bike. 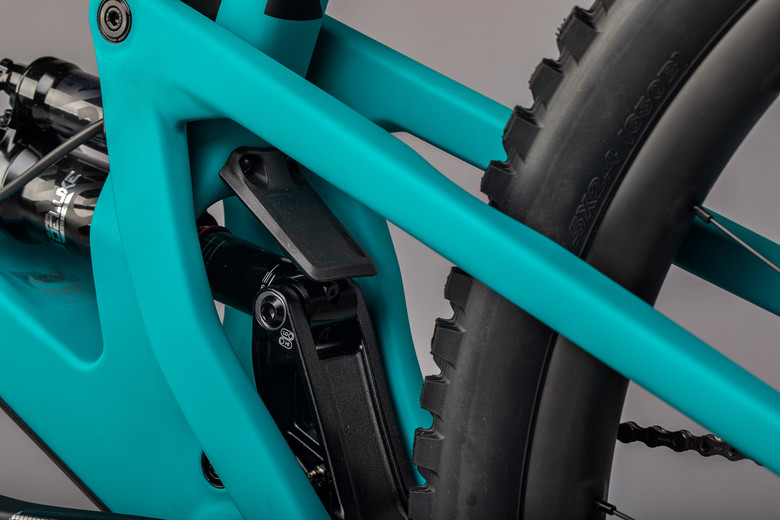 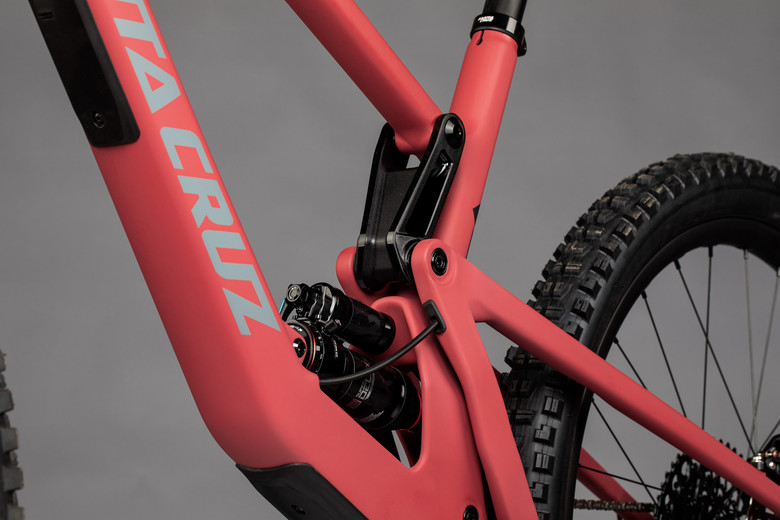 There is still a hi- and lo- flip chip, but the big news is that chainstay lengths are size-specific across the XS through XL size run. We’ll be talking about the 5010 geometry measurements in the lo setting. The previous 5010 had 426mm chainstay lengths on all sizes. Now the chainstays on the 5010 v4 size XS and small are at 424mm, the medium at 427mm, large at 430mm, and XL at 432mm. The 5010 v4 rear ends are all the same, but modifying pivot locations on the main frame allows size-specific chainstay lengths which balance the 5010 for any size rider. 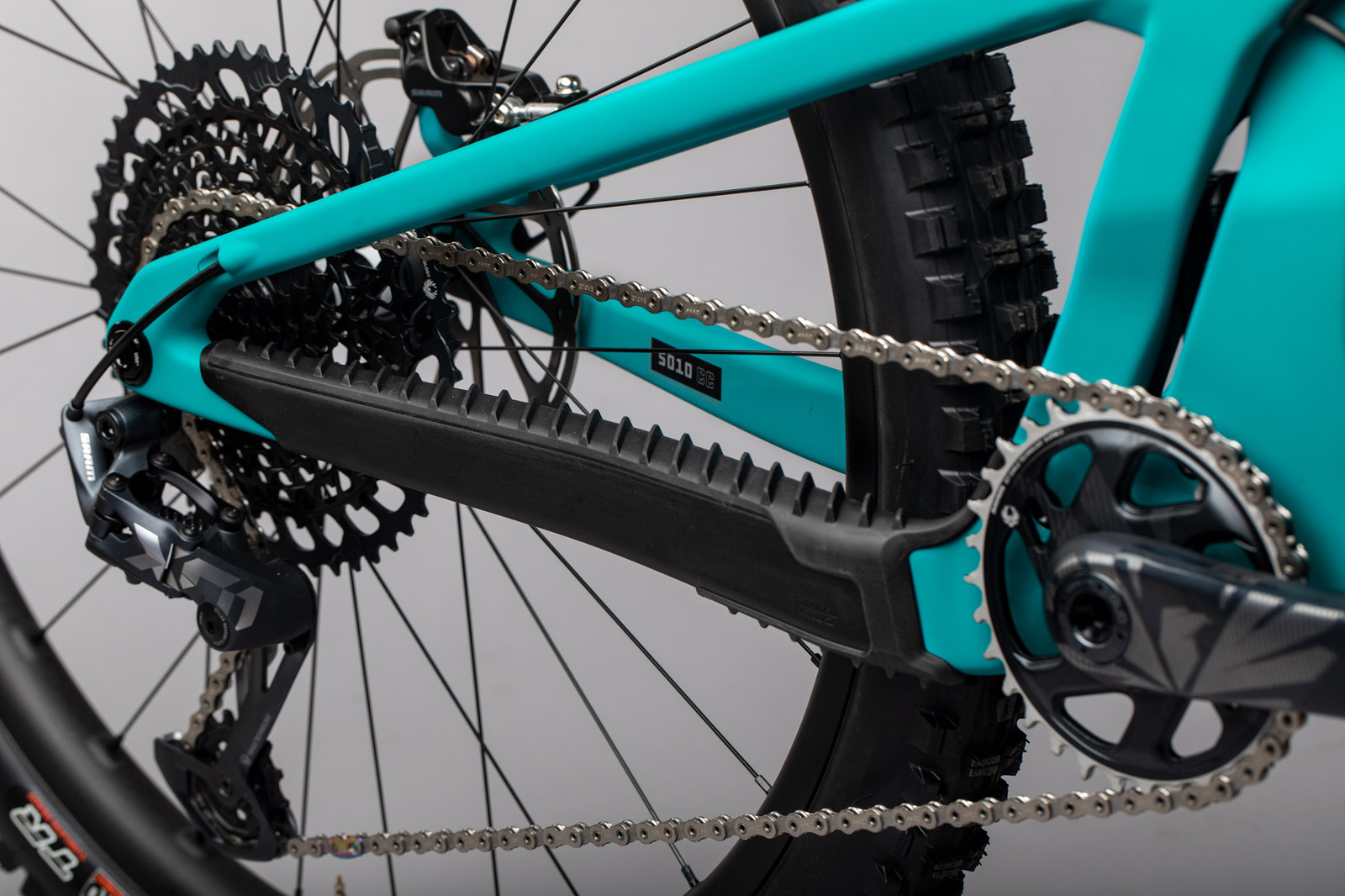 Reach measurements on the new 5010 get a bump across the field. Our medium 5010 v4 in the lo setting has a 447mm reach compared to a 437mm reach on the 5010 v3. Size large reach numbers jump up from 457mm to 472mm. Head angles should keep the crowds happy at 65.4 degrees in the lo setting with hi mode hardly steeper at 65.7 degrees. 5010 v4 bottom bracket height changes a mere 4mm from 334mm to 338mm between flip chip settings. Our medium seat angle is 77-degrees on the dot with each size varying just slightly up or down. 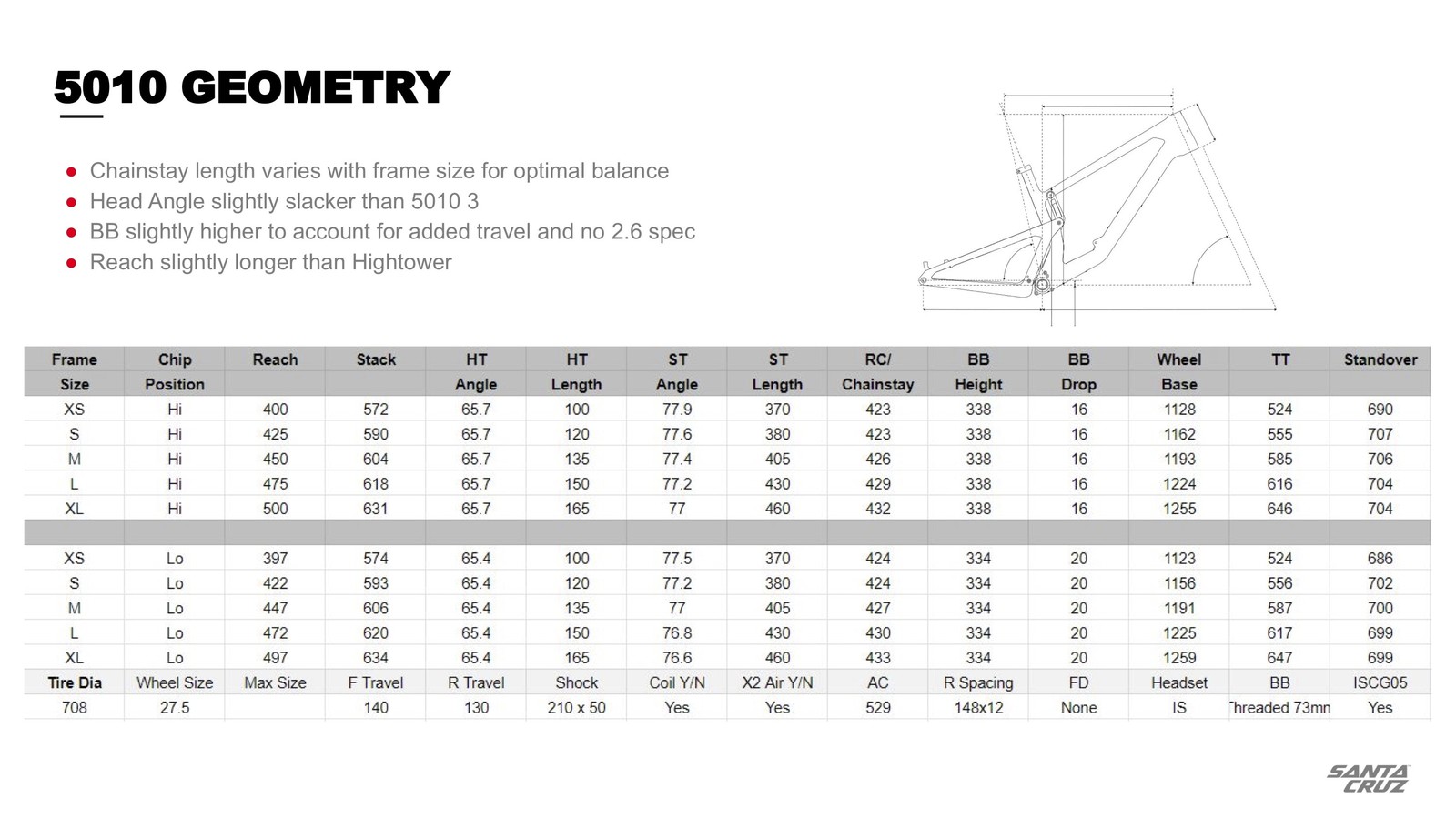 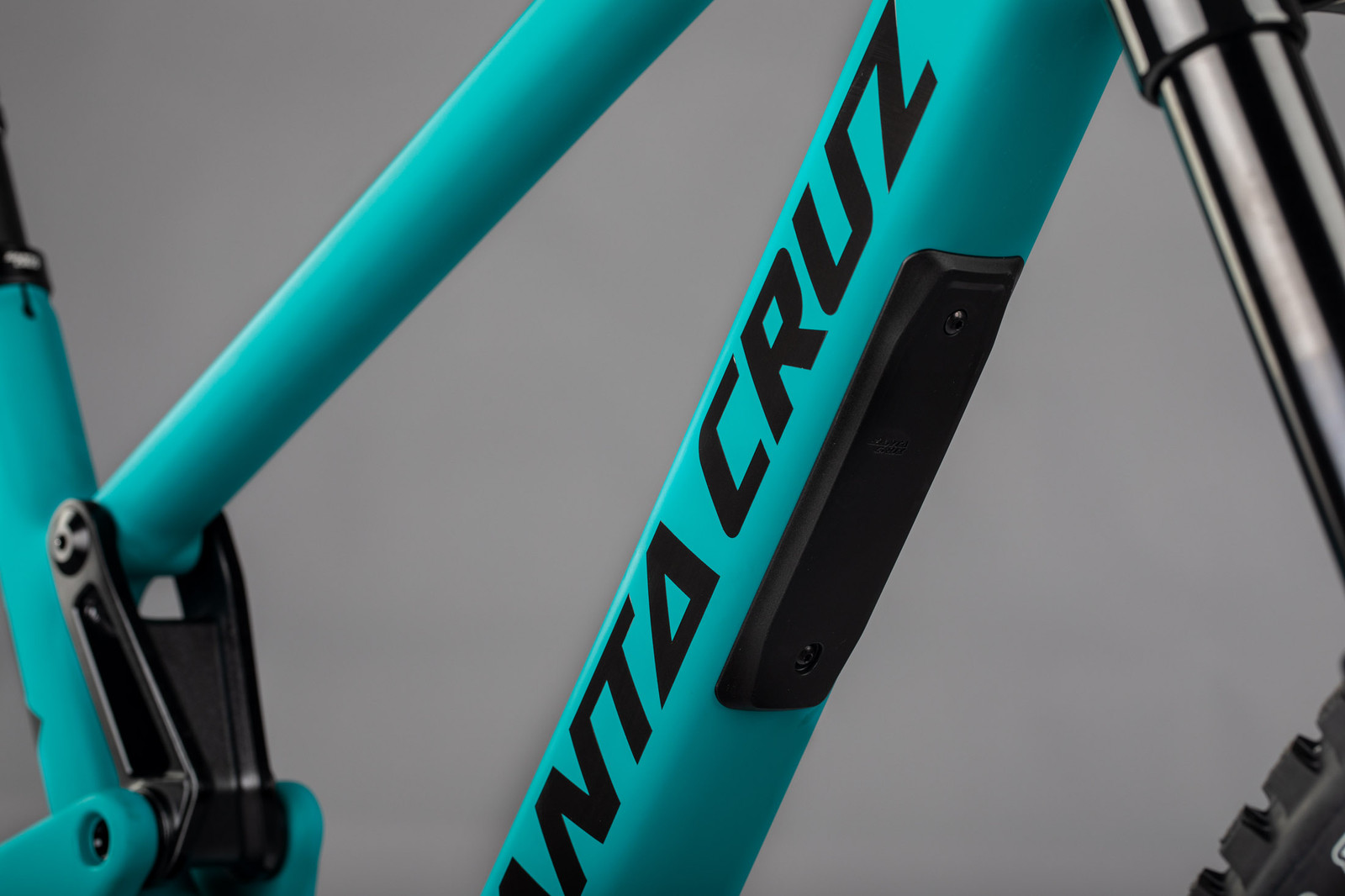 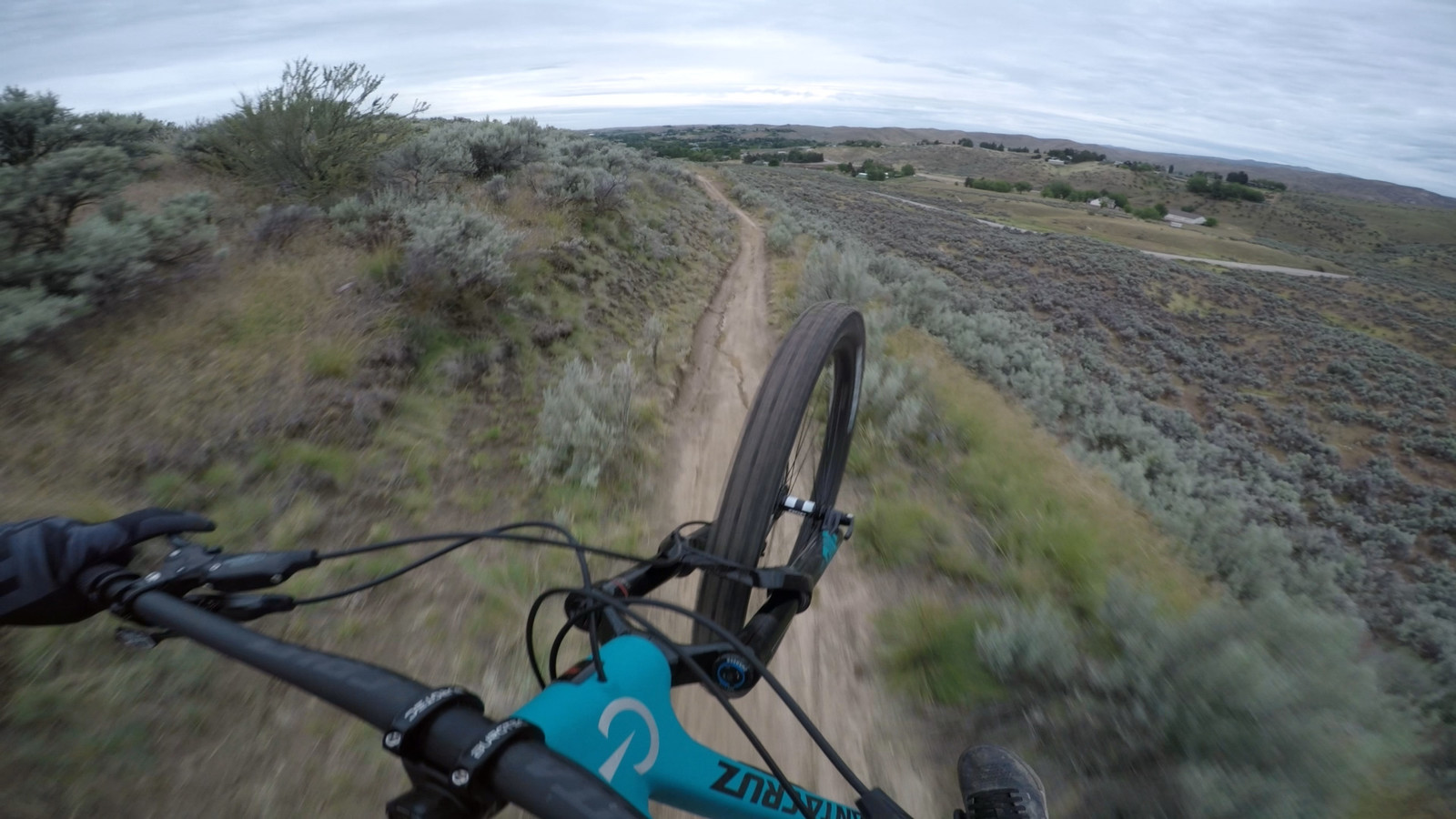 Six different build kits of the new 5010 start at $4,099 and creep up to $8,099 US. If you’re really jonesing to get this new fun-machine but the budget is tight, the base-level $4,099 5010 C R is a start, but it's adorned with a pretty portly SRAM NX Eagle drivetrain, SRAM Guide T brakes and some other less-refined spec. The parts on the C R will get the job done, but the overall heft of the build may hamper that playfulness we’re all looking for in the 5010. 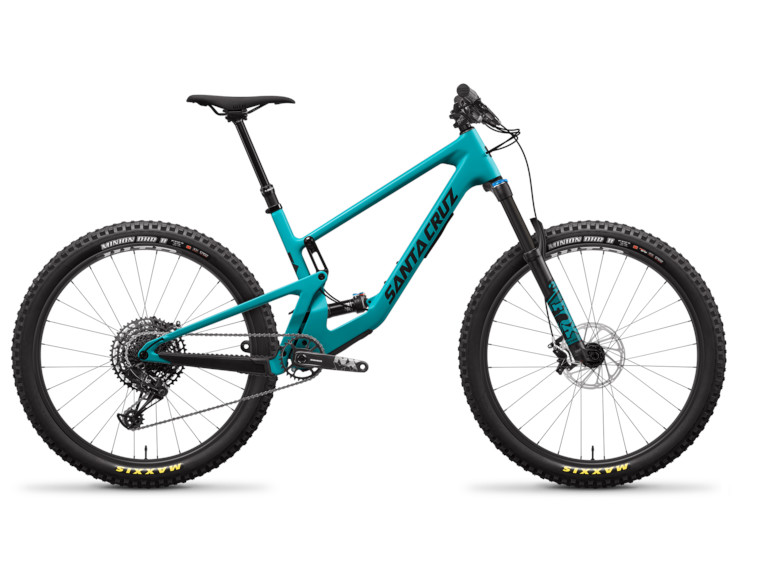 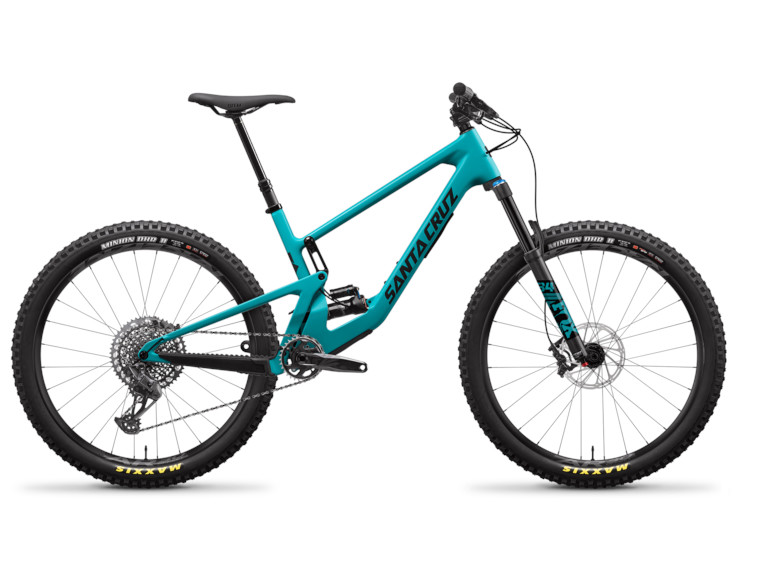 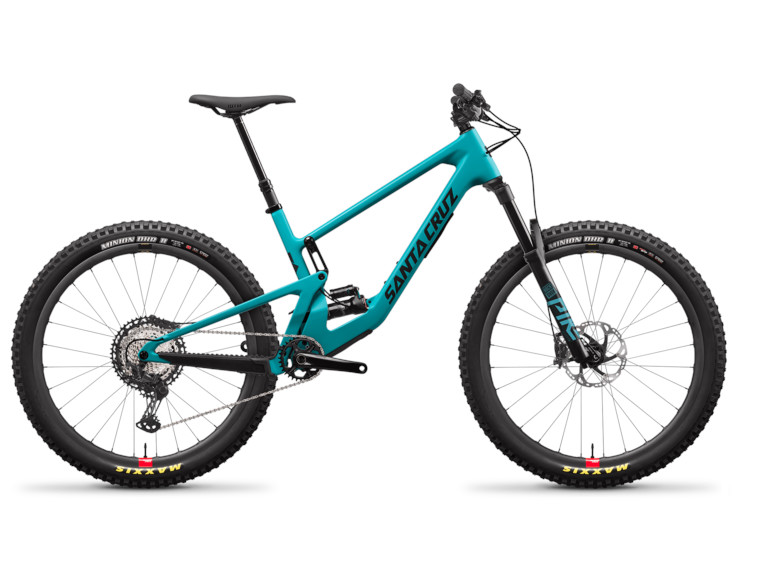 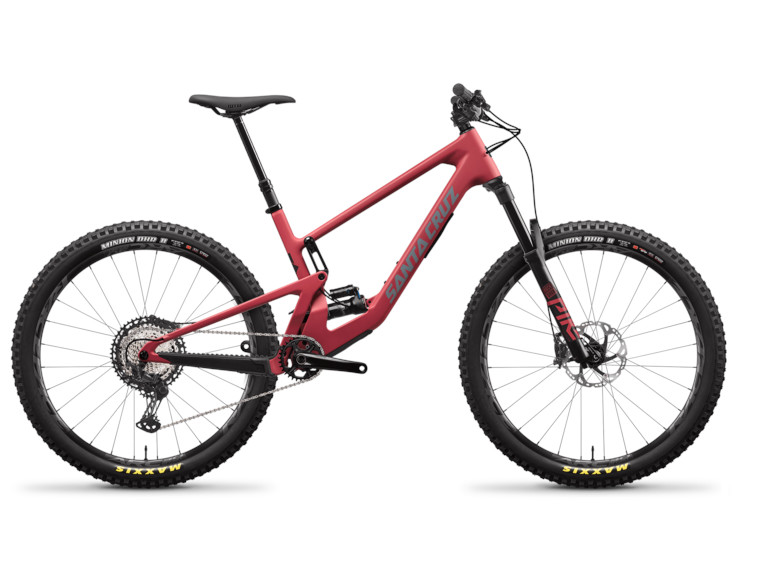 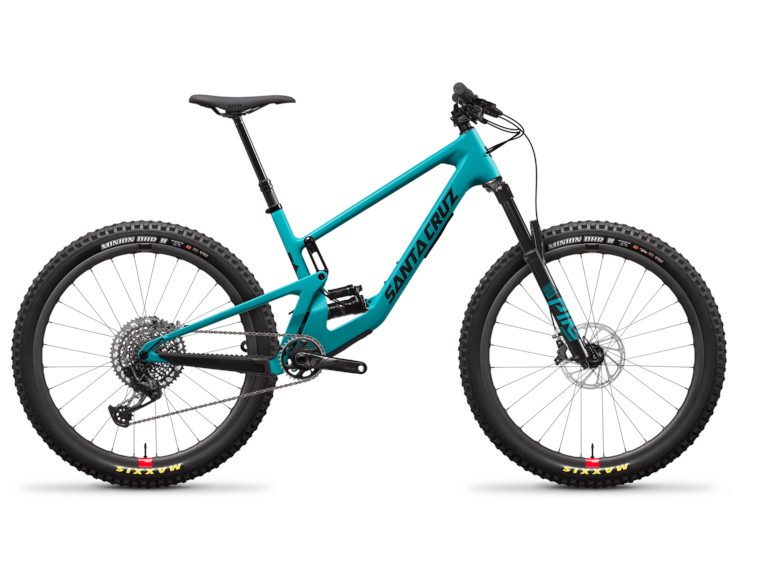 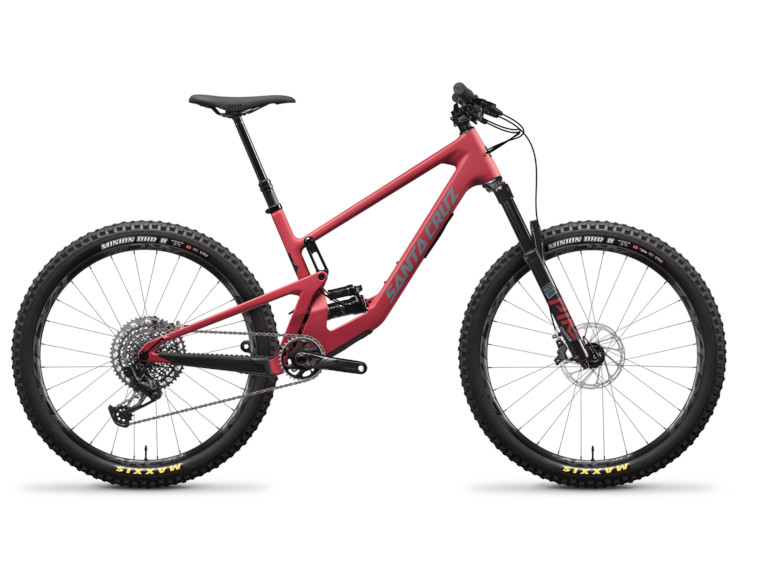 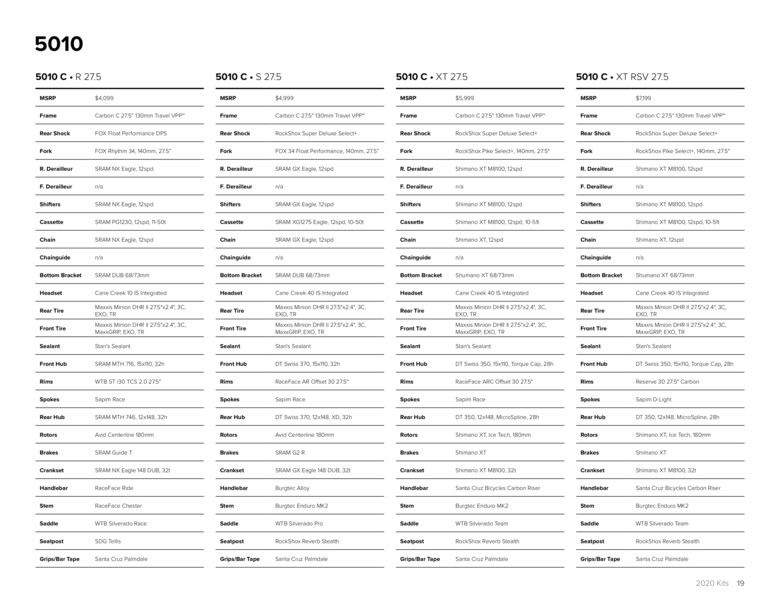 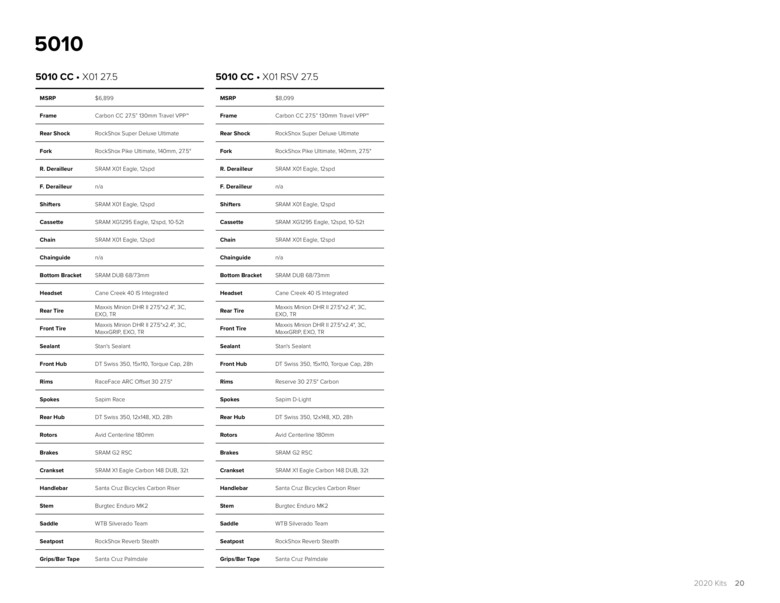 As the dollar amounts go up, the 5010 builds all have RockShox Pike and Super Deluxe suspension, but CC frames get a SRAM X01 kit while C frames run Shimano XT parts. The baller RSV models get "Ultimate" RockShox suspension and Santa Cruz Reserve 30 carbon wheels (which have also been updated to be stronger but not quite as stiff). 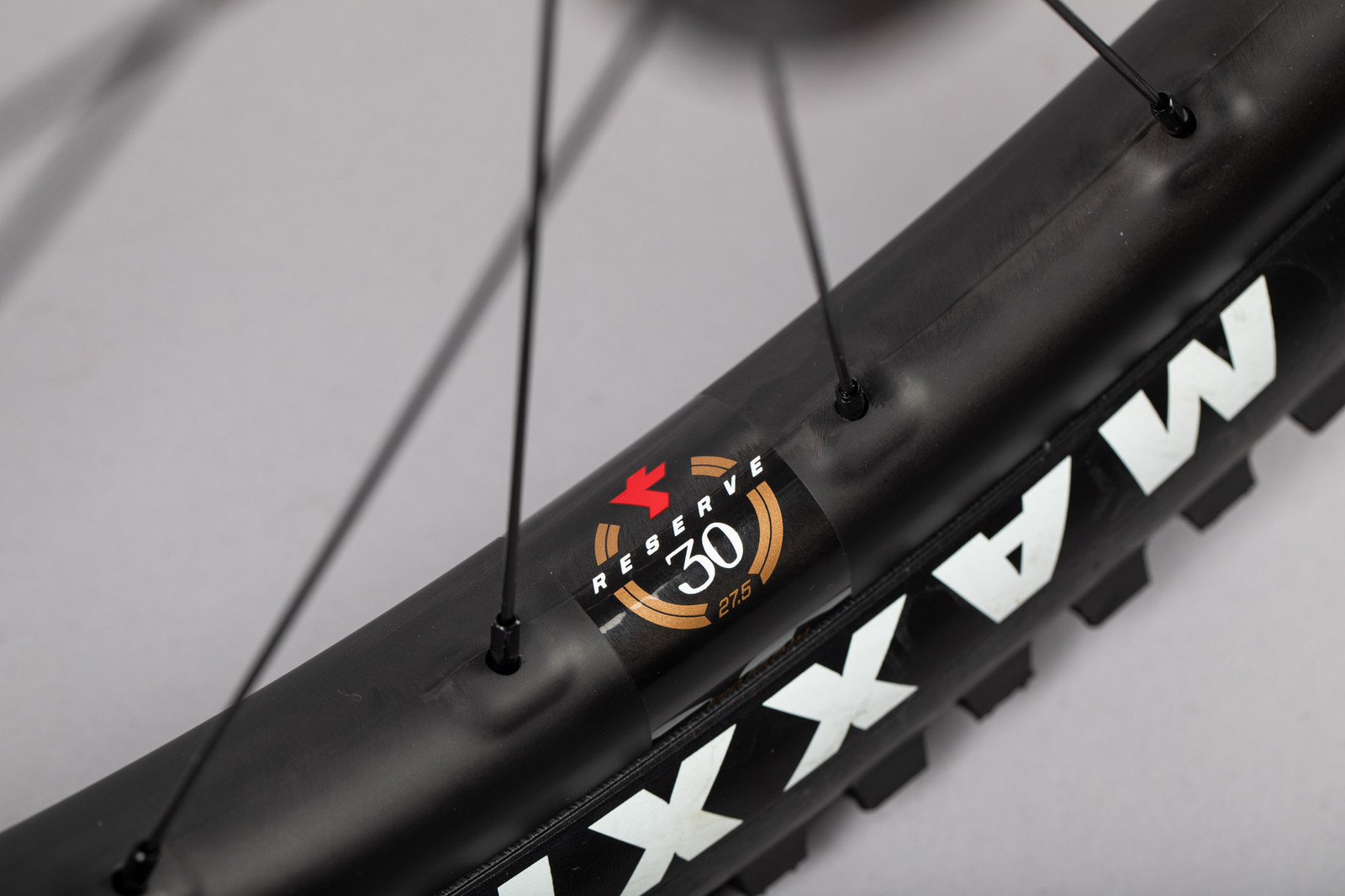 Our macking 5010 X01 RSV model tipped the financial scales at over $8,000, but aside from missing a wireless drivetrain, you get top-shelf spec across the board, including the new SRAM X01 Eagle 52t drivetrain and the sexy, new Burgtec Enduro Mk2 stem. 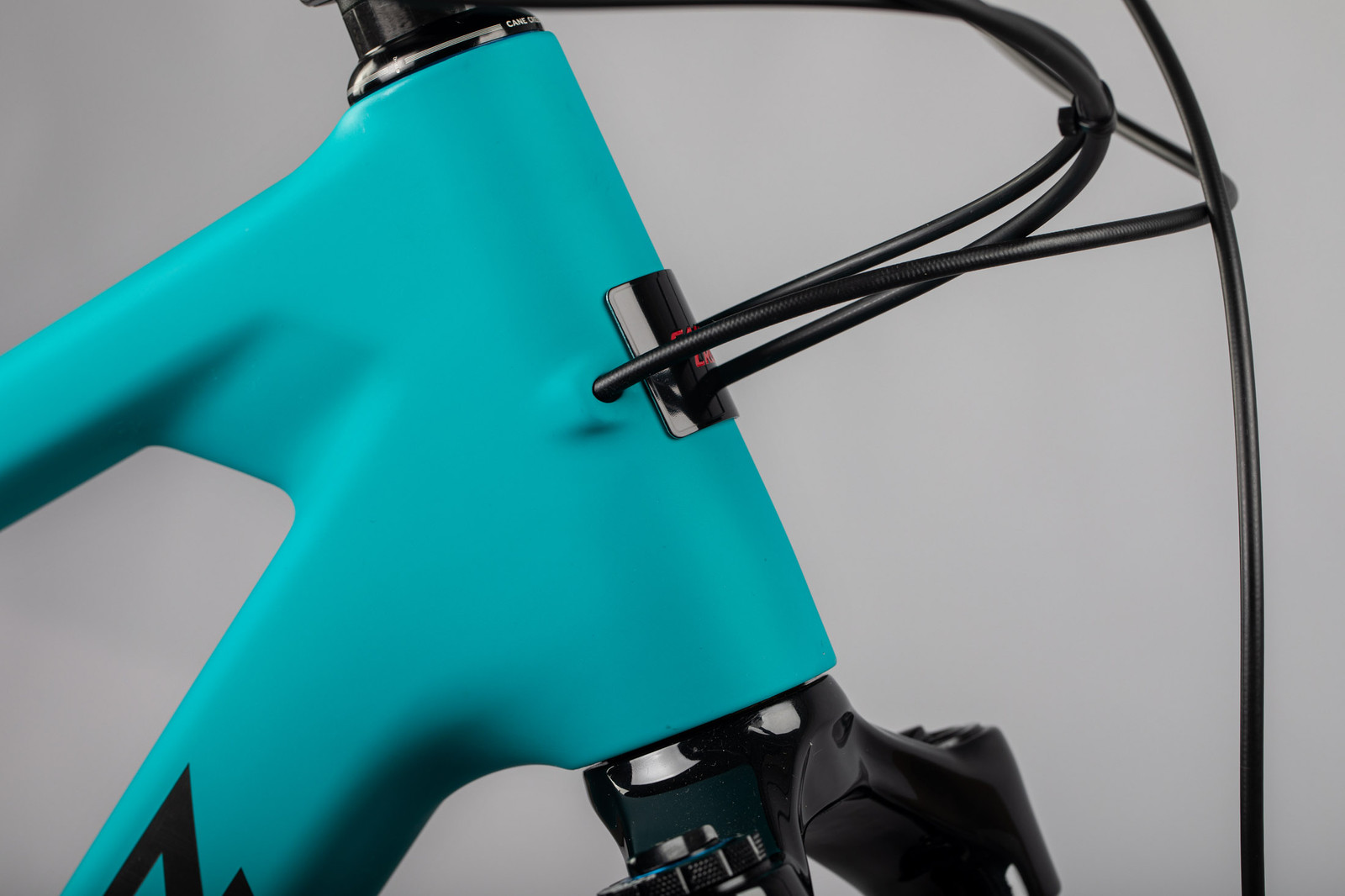 All Santa Cruz frames have a lifetime warranty for original owner, and the free lifetime pivot bearing replacement is a cherry on top. Additionally, Santa Cruz is known for their dedicated local bike shops, so a solid support system is in place should you need it. You can head over to the SCB shop near you to demo a new 5010 before pulling the trigger on a purchase, too. 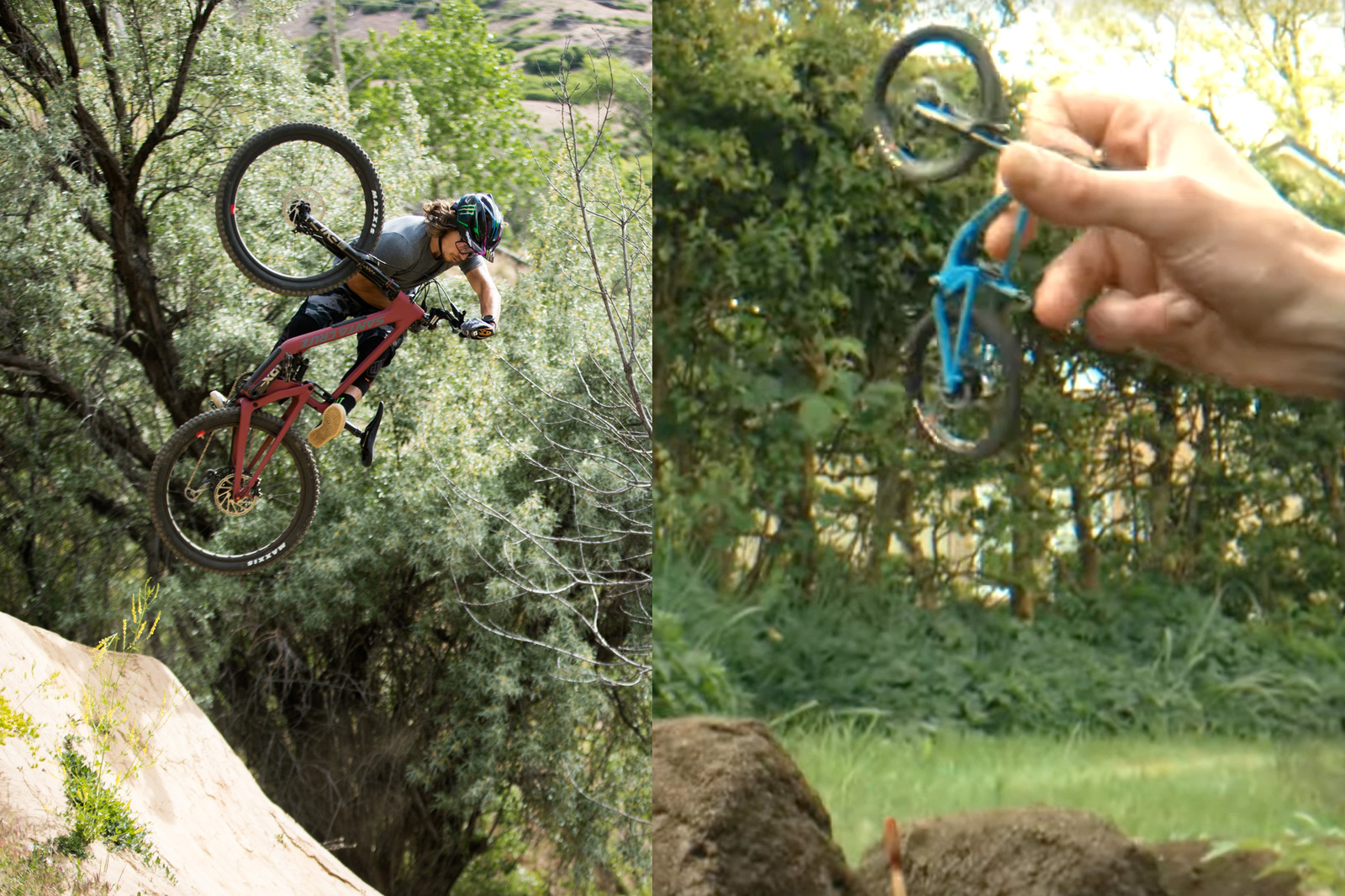 If you ride fast, poppy, flowy, jumpy, turny trails on the regular, with the occasional diversion into the gnar, then there’s no reason for you look away from this new 5010. The improvements made over the previous generation of 5010 are noticeable with an enhanced, lively character on the trail that remains composed when things get rowdy. It is obvious that 27.5 ain’t dead. If anything, 27.5 is just getting started with a bike like this new Solo. Oops, we mean, 5010. 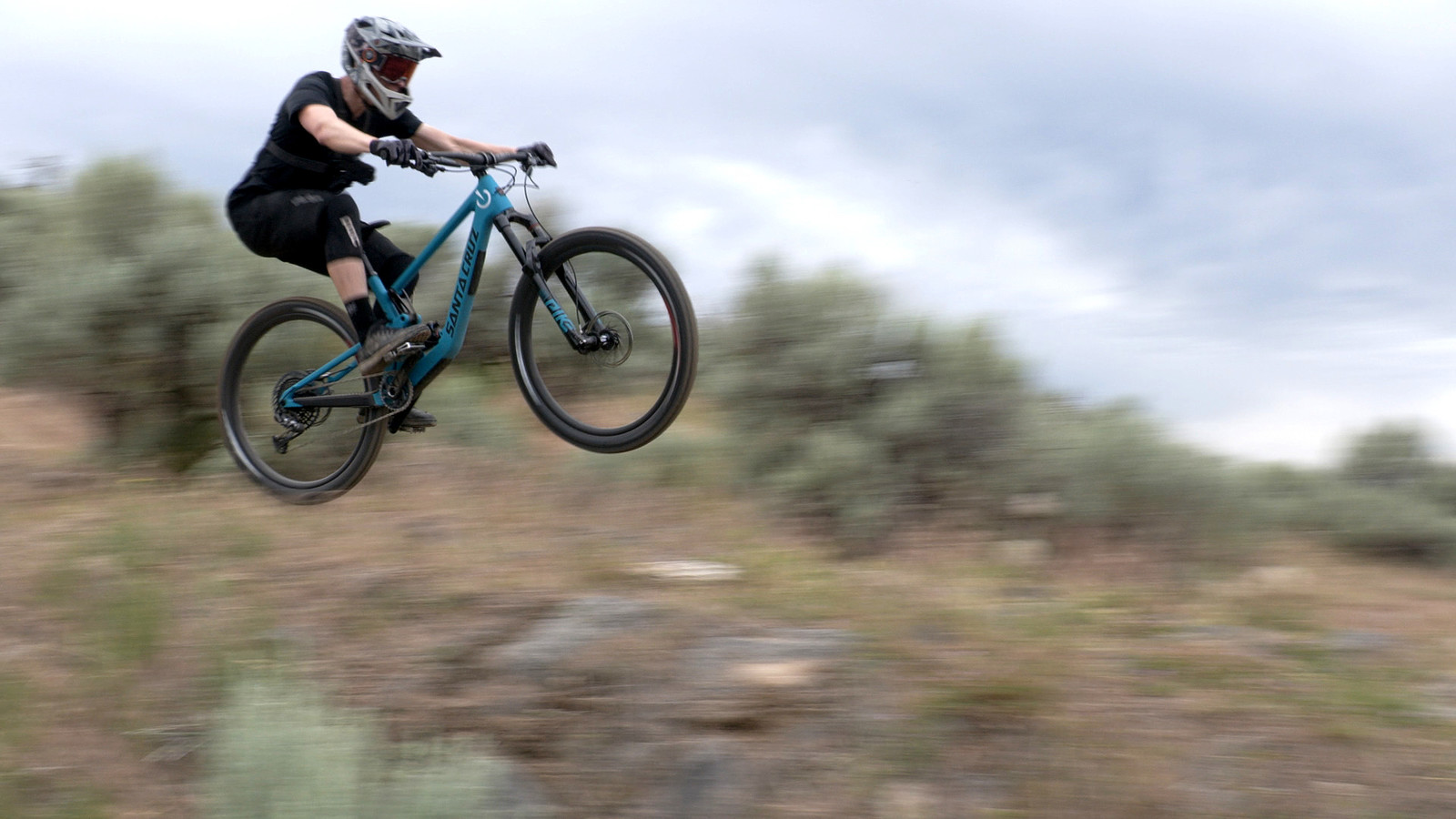 Hit up santacruzbicycles.com to learn more about the 5010 or to find a Santa Cruz Bicycles dealer near you.

The Juliana Furtado also gets the lower-link treatment!