The Denim Destroyer's Terrible, Horrible, No Good, Very Bad Qualifying Day (and he still got 9th) 16 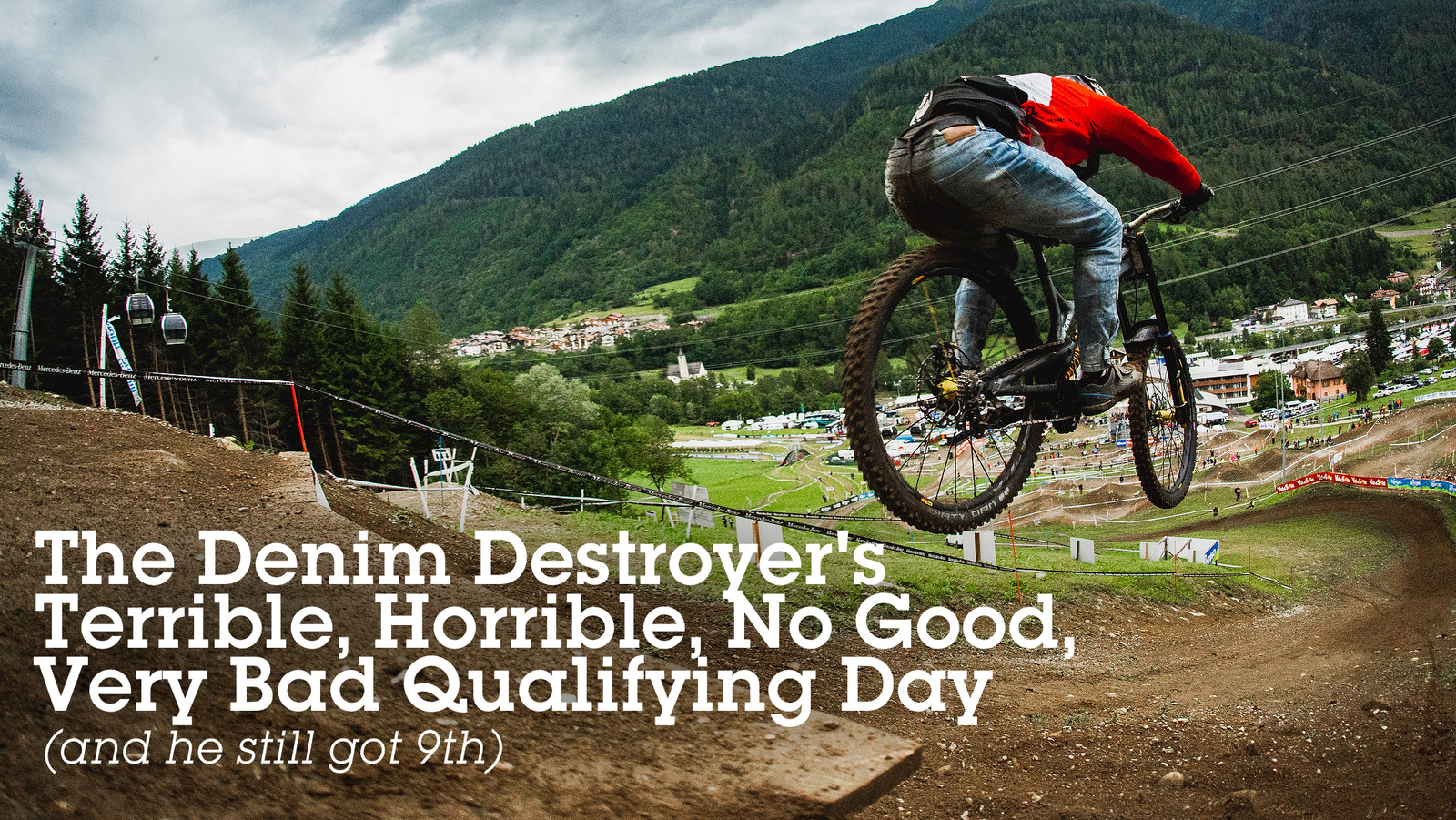 Johannes Von Klebelsberg is a World Cup Downhill racer. He's made a name for himself racing in jeans this year and is now dubbed The Denim Destroyer. The Denim Destroyer is a privateer. That means he has no full-time race support from a major team. He has a full-time job that he's committed to which provides the proceeds necessary to attend World Cup Downhill races. Johannes runs a dumpling restaurant in Munich with his brother.

Johannes qualified 9th in Andorra and backed it up with a 14th in the Elite Men's class on race day a month ago. One would think with momentum like that, attending the next World Cup DH round in Les Gets, France, a week later would be a no-brainer. The Denim Destroyer honors his commitments. Johannes went back to work because he committed to work. He missed the Les Gets World Cup, but returned to Val di Sole this week, getting time off from his job to compete. Between the races, he was able to get one, single, solitary day of riding in while at home. Three runs in fact, before breaking his bike. He was not worried and carried on. 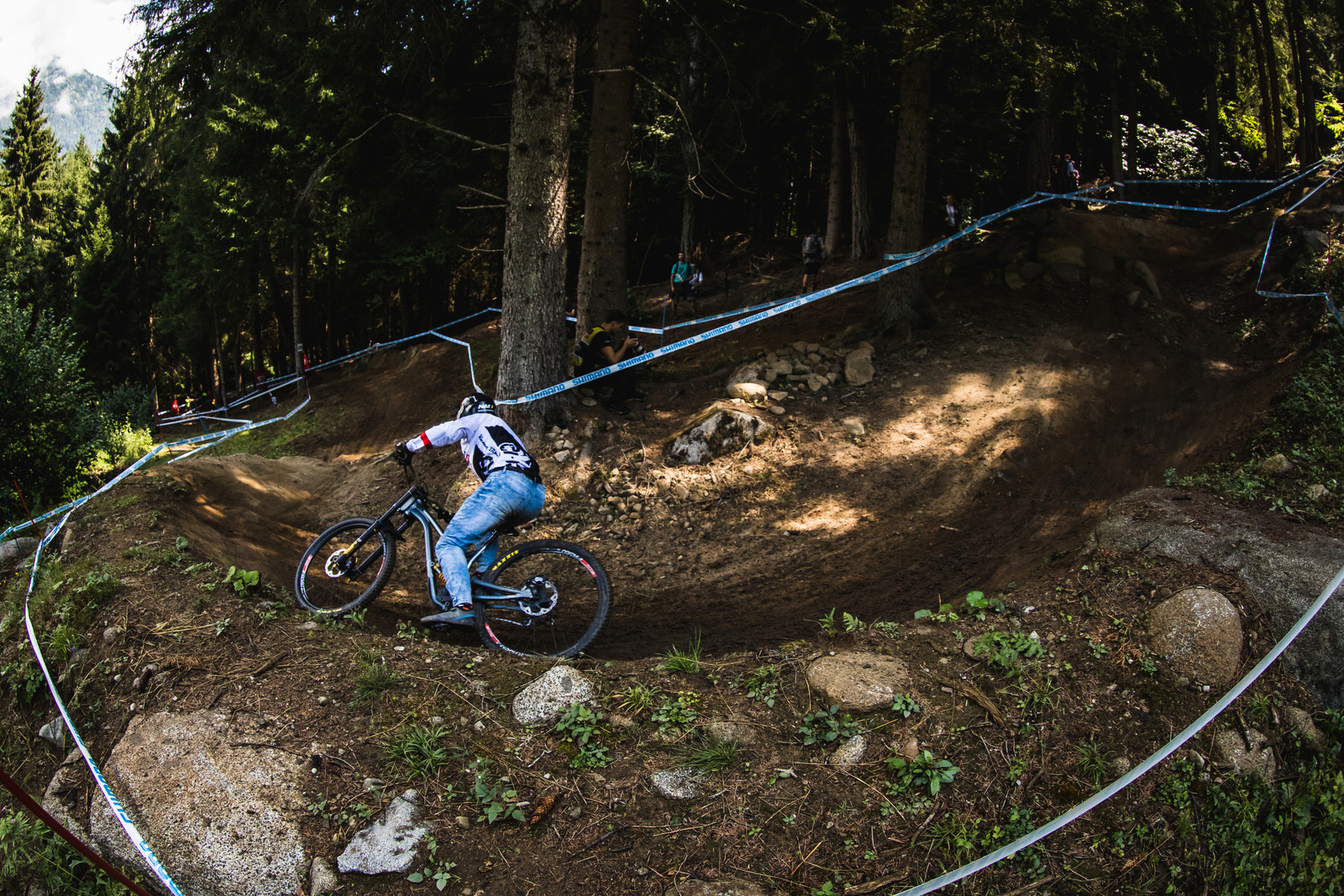 The Denin Destroyer was missing from track walk in Val di Sole. Johannes couldn't get as much time off of work as he would have liked and arrived too late to inspect the course on foot. Little things like missing track walk don't worry The Denim Destroyer. The next afternoon, he went 8th-fastest in timed training at Val di Sole...in jeans.

Then there was qualifying in Val di Sole today. It started out as a pleasant morning of training with variable-but-rideable course conditions that eventually turned into a maelstrom of crisis management when torrential downpours and lightning strikes disrupted qualifying. Von Klebelsberg was nearly finished with his regularly scheduled qualifying run (a good one according to him) when he and a few others were red flagged. Weather and conditions had compromised accurate timing and the race was stopped immediately by the officials - mid-run for Johannes. He was issued a re-run. Once again, nothing to worry about.

Wyn Masters, the caring, supportive soul that he is, washed the Destroyer's bike before he had to hop on the lift for another chance to qualify. As Johannes walked to the gondola, lightning struck it and closed down the lift. How does The Denim Destroyer get to the top of the mountain for his race run? He's not worried and takes a bus to the top. That bus ride took an hour and a half.

He reached the top, it was getting dark and the race officials did not allow any time for the Denim Destroyer to warm up. While his spirit was slightly unsettled, he persevered and dropped in. He was the first rider to drop in after the long break with an unknown course ahead of him. He had a few "near stops" during his run. Disaster nearly struck during the last 200 meters of the course when he couldn't pedal because of a jammed chain. Why worry? Keep racing. Johannes qualified 9th today on the gnarliest track of the season...after a red flag in his first run....after a two-hour wait with no warm-up...on an unridden course post-rain...with a broken chain...and in jeans. God bless the privateer. Long live the underdog. 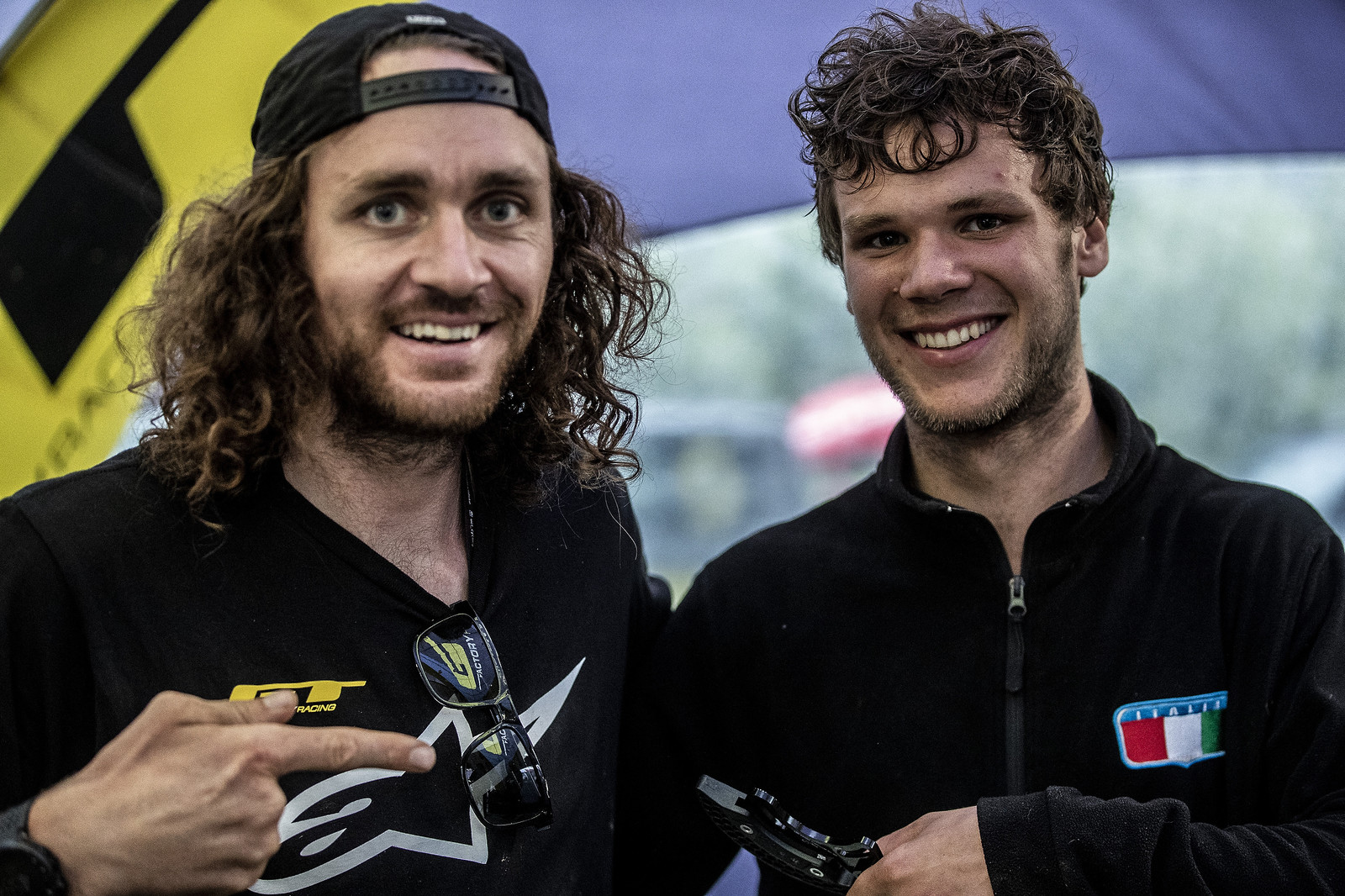 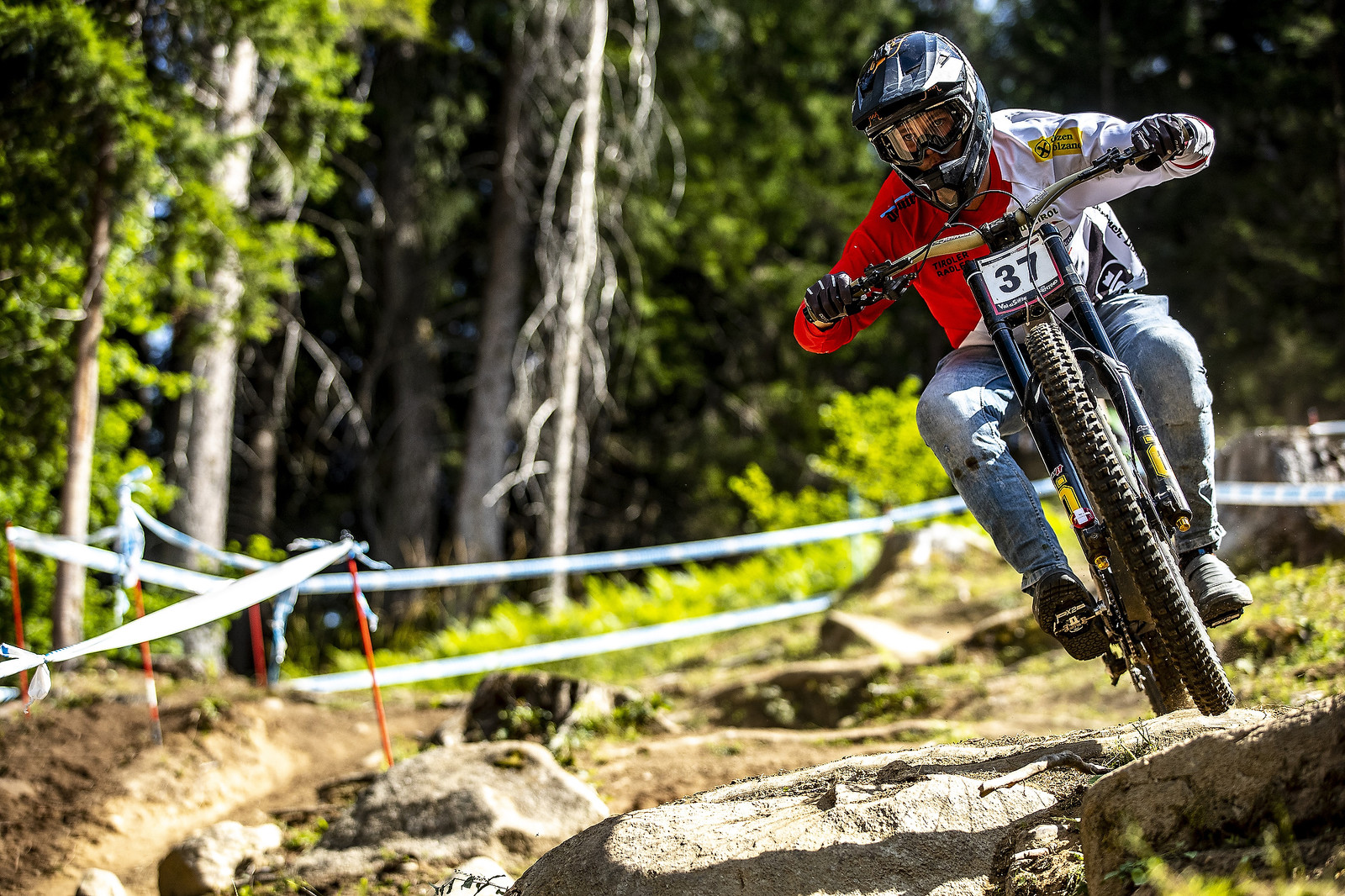 Thank you to Sven Martin, @maddogboris and Dan Hearn for the photos. Interviews by Sven Martin

View replies to: The Denim Destroyer's Terrible, Horrible, No Good, Very Bad Qualifying Day (and he still got 9th)