How does Trust's new front suspension system look in action? 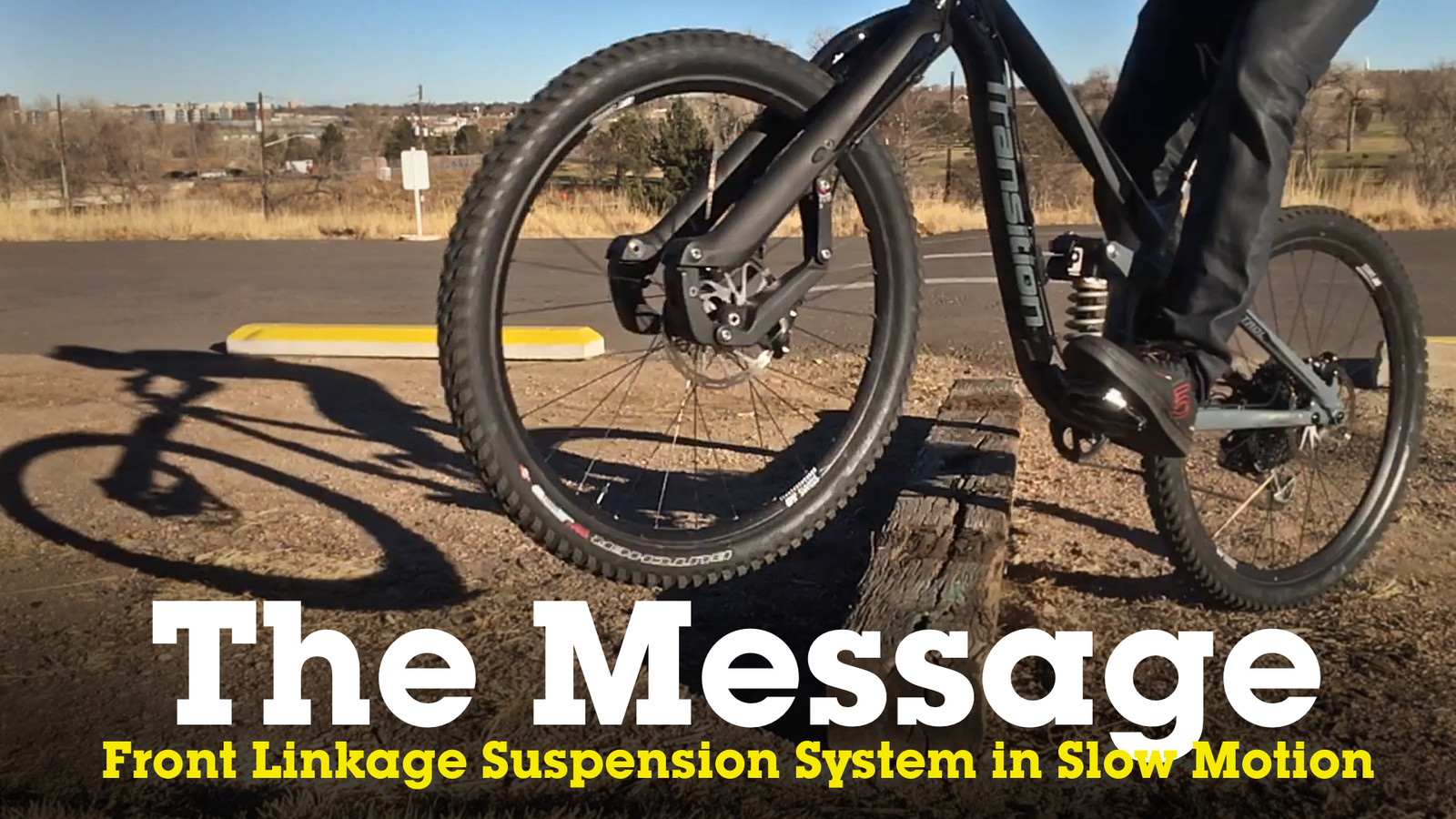 Vital MTBers, we’re lucky enough to have some friends riding that crazy, new front suspension gizmo from Trust Performance called The Message. The all-carbon linkage system gets 130mm of travel,  was designed by Dave Weagle and costs $2,700 with only 2,500 being made…for now.

If you want the full specs and details, go to the press release from Trust. It discusses what kind of bike the Message goes on, the design in detail, set-up procedures and some possibly new-to-you terms like Caster Effect, Ratio Effect and the Trust Effect.

Alright, forget about the price and the looks, we just wanted to see how the system worked. Lucky for us, we were sent a bunch of slow-motion videos showing the action and built-in flex of this new, high-tech design.

While our friends aren’t giving us an official review, as they’re working with Trust as testers on the project, we did get some initial impressions. The parking lot test, where you press down on the bars with the bike standing still, that yields very little movement. That’s part of the design as Trust doesn’t want the inefficiency of climbing bob and some people may mistake this for the system being over-damped. 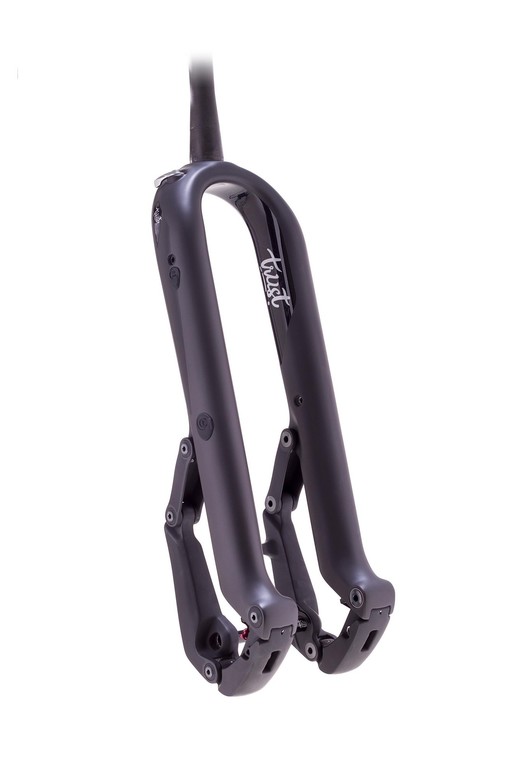 If you put that front wheel against a wall or parking block and try to push the bars down and through, that’s where you feel the damping and linkage movement, just like you would on the trail. It’s the obstacles coming AT you that make the trailing multi-link design work, as you can clearly see in the clips.

What do you think? The future? Potential? A gimmick? Despite our initial reaction to the looks of the system, after watching some of the riding go down on it, we’re definitely intrigued. Post your impressions in the comments.