REVIEWED: Won't Back Down, the Story of Legendary Mountain Biker, Steve Peat 3 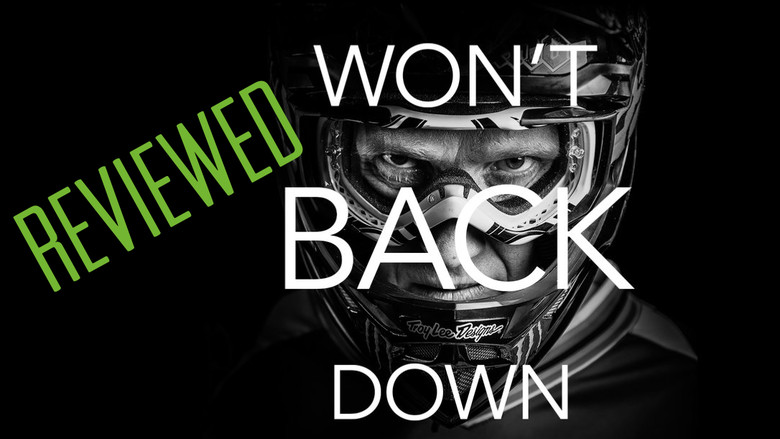 Why am I trying not to cry? I already knew Peaty threw this victory away. I was fighting back tears as I watched Steve Peat ruin his chances at a World Championship downhill victory in Les Gets 2004, as he slid out in the final corner before the finish. The grainy, low-def footage from the decade-old broadcast was lying to me because Peaty should have won. He didn't. My eyes were full of water, but I refused to let them drip because I know Steve Peat has since claimed a World Championship title after a truckload of worthless silver medals. I know there is a happy, triumphant ending to the story being told on the screen in front of me. It turns out, however, that knowing something and experiencing something, even second-hand, are two completely different things. Won't Back Down was forcing me to experience that despised, disgusting 2nd place podium step, as if I was Mr. Sheffield Steel himself, and it sucked. I wanted to back down, binge a 2-minute web edit, purge it, forget about it and go about my day like I normally would. Steve Peat and his story would not let me. 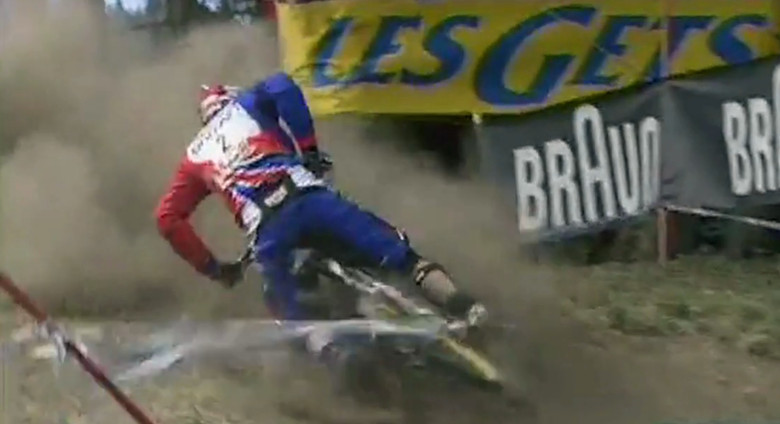 Won't Back Down is a documentary about the consummate downhill mountain bike legend, Steve Peat. WBD also moonlights as an historical timeline of downhill mountain bike racing. I had the privilege of screening a pre-release copy of the movie thanks to Clay Porter, the movie's director. He and I live in the same town, and over the last few months we had discussed the pressures and problems associated with creating a movie about one of mountain biking's most influential and successful racers; bringing to life a history that wasn't documented by hundreds of digital cameras and cellphones. Clay, John Lawlor and Metis Creative persevered just like our story's hero and brought mountain biking history back to life. 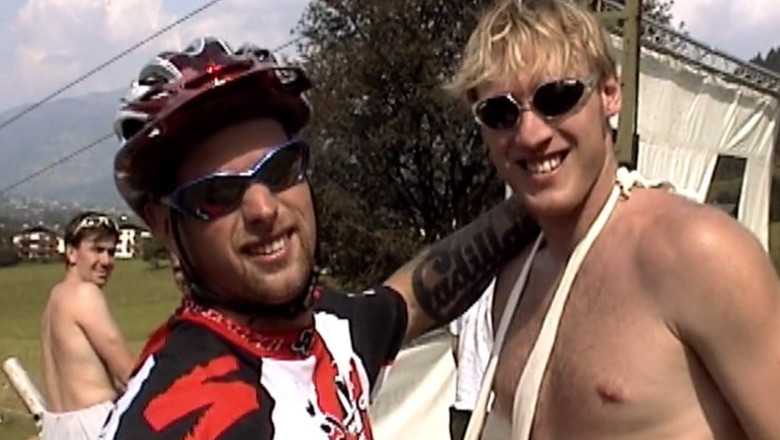 The film opens with a significant telling of the early days of DH and the rise of the late Jason McRoy, who was a big influence on our up-and-coming, lanky, young Brit from Sheffield. Archival footage and photos from the 90's effectively communicate the reality that mountain biking hasn't really changed all that much. Before Steve Peat was an icon of fun, hijinx, flare and a foot-out turn were just as celebrated in MTB as they are now, large in part to Jason McRoy. His loss has a permanent affect on Peaty as the movie emotionally portrays. 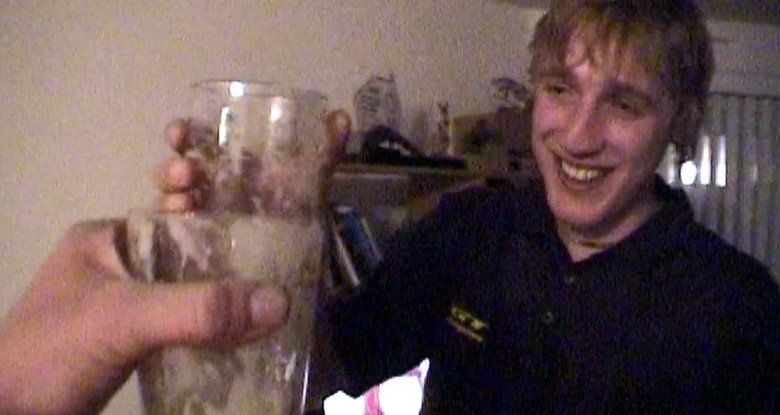 As the movie progresses, we learn a deep, dark secret about “Old Skool” - he was a major grenade back in the day! Interviews report that Peaty had nicknames like Pinball Wizard and Sketch Peat as footage shows him auger into the rocky ground aboard stressed out XC bikes at early downhill races. I couldn't help but think how rad it is to see that Peaty was that guy at one point in his life. WBD is full of intimate glimpses into an era gone by like this. The young, reckless rider, comes in way too hot through the finish corral, slides out, explodes, takes out bystanders and then throws his hands up like a champ. I told young Peaty through the TV to calm down and take it easy.

Won't Back Down then begins to pull focus on to the Steve Peat we all know as he wins his first World Cup downhill in 1998. The story builds as Peaty comes into his own and begins the long-time feud with Nicolas Vouilloz. Thorough video and photo footage along with interviews from those who were there made this section of the film all too quick. I wanted the glory and fame of MTB in the early 2000s to last longer.

Rob Warner's interviews in particular completely connect me to the full Peaty experience as we follow Steve through the “Palmer days,” the “Nico days,” the “Sam Hill days,” and all the heart-breaking World Championship races. Snapshots of Steve Peat's actual, hand-written race journals flash on screen and heap on the over-bearing weight that goes along with being the “almost” guy for so many years. As a viewer, I'm tired of hearing, "this is your year, Steve." How it felt for Steve must have been torture. 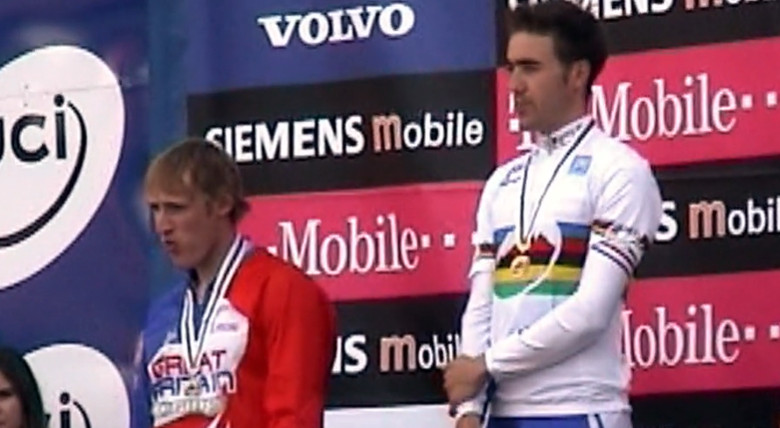 Most of you downhill fans know that Steve Peat earns his first World Champs victory in 2009. Steve puts together the flawless run in Canberra, Australia and, no spoiler here, Won't Back Down peaks as our hero collapses in the hot seat with the entire mountain bike world rejoicing as the clock verifies his life-long chase for gold is now over. He is a World Champion.

I knew the win was coming, but those tears were creeping back up. WBD conveyed the story of so narrowly losing those previous World Champ wins so well, that I was once again relieved to know Peaty really did pull it off. The “in-between” moments of that victorious day are captured in a way that made me feel like I was walking with Peaty to the World Championship podium as he put on his rainbow striped jersey. I felt like I was there as he told his son Jake that he won his race. John Lawlor's lens brought us to the podium with Peaty and captured the true spirit of that winning day. 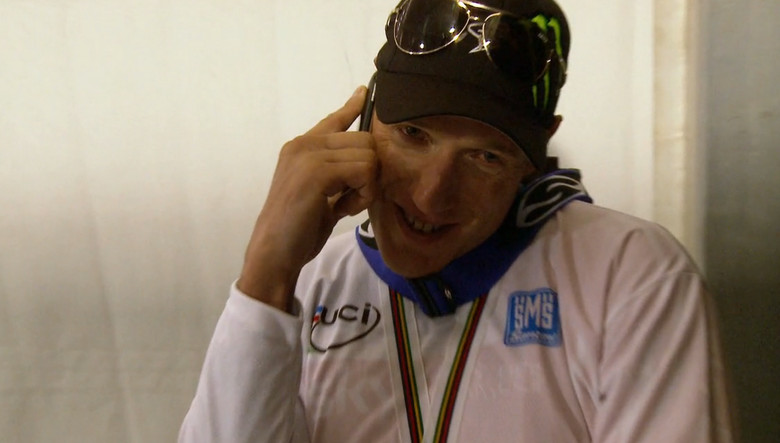 Won't Back Down wraps up with accolades and testimonies of Steve's influence on mountain biking and the general human population as he rips his home trails. As I watched him slither through the forest, I was celebrating and manualing-to-bump-jumping right there with this “down to earth, nice bloke” as if I was some random dude he met on the trail and invited along.

Can you imagine if Steve Peat had backed down? Thankfully, for all of us, he did not. Experience the power of Steve Peat's perseverance through Won't Back Down, a must-see film for anybody who's enjoyed riding a bicycle on dirt.

Won't Back Down will be released in the Spring of 2014. Visit www.wontbackdownfilm.com for information.

View replies to: REVIEWED: Won't Back Down, the Story of Legendary Mountain Biker, Steve Peat