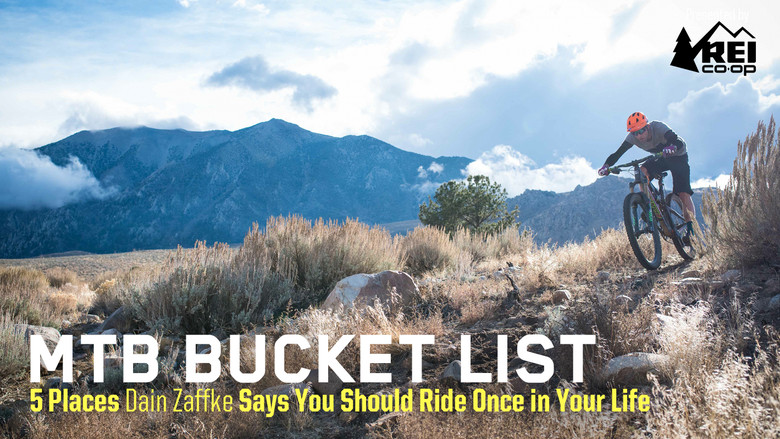 I’m notorious for saying, “that’s my favorite trail,” and “that was the best trail ever.” I also have a reputation for saying, “I think the climb ends around this next bend.” My point is that I might not be the best person to ask about a Bucket List.

Some other things you should know about me before you plan a vacation around one of my recommendations: I like natural/woodsy/rugged terrain more than riding bike parks and I actually don’t mind long climbs. So if you think one of these places sucks, don’t say I didn’t warn you! - Dain Zaffke

The Sierra Nevada mountain range runs 400 miles down the interior of California. If you give yourself two weeks during late summer, you can ride a wide range of amazing high alpine terrain. My recommendation is to start in Downieville. The infamous “Downieville Downhill” is a blast, but there’s so much more to the area than that well-worn classic. When you get into town, check in at Yuba Expeditions and ask them what’s riding best at the moment. If you’re in the mood for a six-hour adventure ride, check out Chimney Rock. It’s way out there in the wilderness and feels like you’re riding on the moon. There are a few different ways to descend back into Downieville from Chimney Rock and each one of them is dreamy. 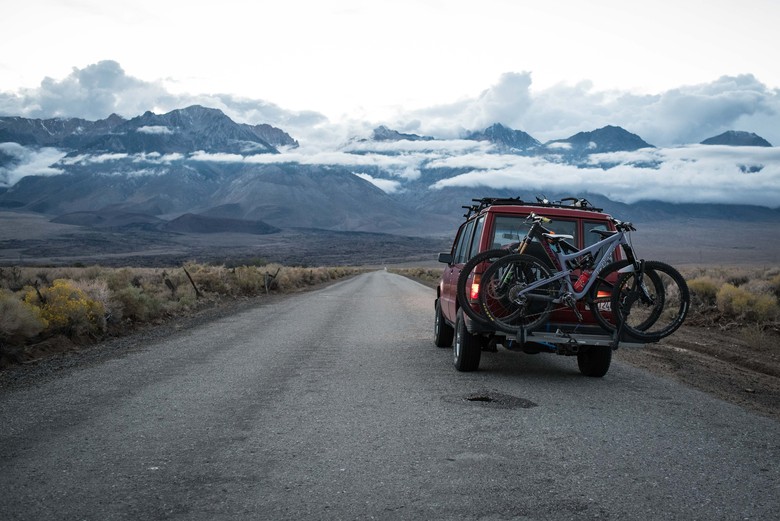 Other standouts in my book: Mills Peak and Big Boulder to Second Divide. The Lakes Basin is nearby, too. There are tons of great options in that zone (Mike Ferrentino talked up the Lakes Basin in his post), but keep in mind that it takes a certain type of person to really enjoy the maze of rock riding in the Lakes Basin. 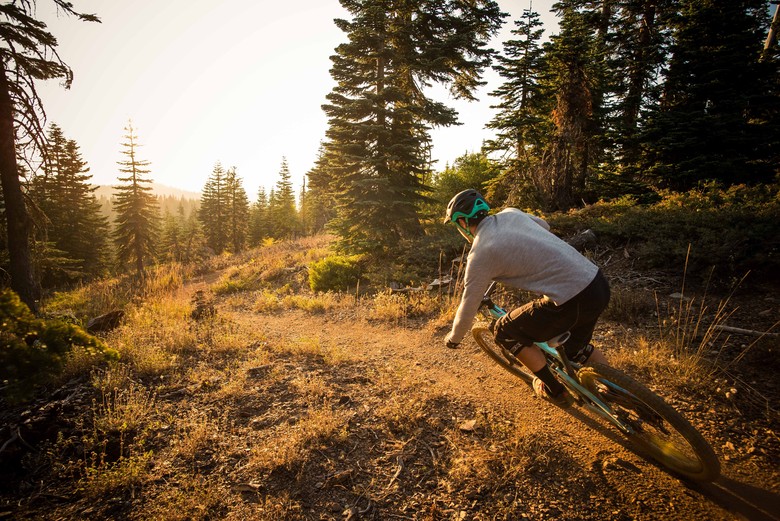 One of my new favorites in the area is about an hour away from Downieville, just outside of the town of Quincy. The Sierra Buttes Trail Stewardship just finished the Mt. Hough trail and it’s a gem. Definitely “best trail ever” material. Mt. Hough drops 4,000 feet of vertical in 11 miles. It’s all bench cut perfection. Not high on the “technical” or “challenging” scale, but really flowy and the faster you go, the more exciting it gets. We ran racers down the last half of this trail in the inaugural Grinduro last fall. The Grinduro loop was 60 miles of dirt roads and pavement (like a gravel grinder) with four timed segments, including the Mt. Hough descent (like an enduro).

Next stop on the Sierra road trip should be a day or two in Tahoe. There are too many options to list around Tahoe. Some of my favorites, though, are in the Corral area trails in South Lake Tahoe. Tons of great turns in classic, Tahoe sandy soil, with big rocks and fun jumps. Lots of laughs and hoots and hollers out here.

From there, the best bet is to drive down highway 395. This road runs right alongside the Sierras and the views are stunning with snowy peaks on one side and wide-open valleys (with grass so green it looks fake) on the other side. 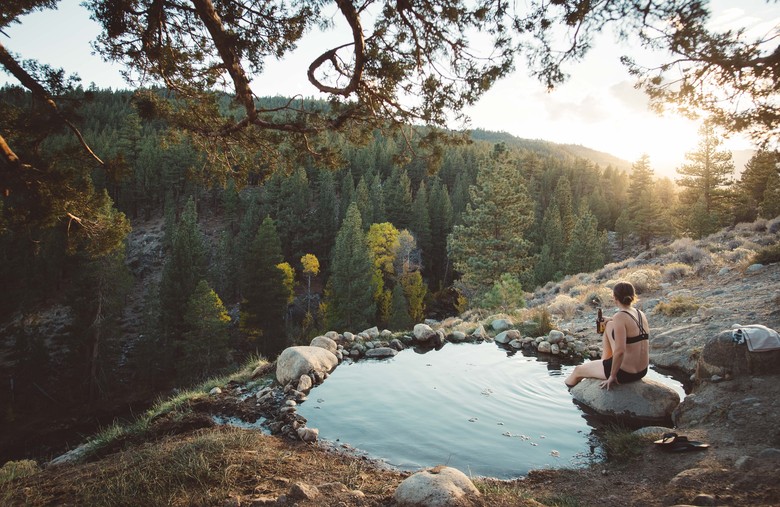 If you’re going that way, you gotta stop in Mammoth for a day or two for great trail riding and/or laps in their bike park. Just down the road from Mammoth is the Rock Creek trail, with a mix of fast and flowy and some super technical rock gardens that will definitely keep you on your toes!

Every winter I daydream about riding in Sedona. Jason First and Mike Raney at Over the Edge bike shop have truly created a world-class mountain bike destination. Sedona has always been good, with its other-worldly playground of red rocks, but Firsty and those guys are putting in miles of new singletrack every month. The terrain there varies from terrifying (the White Line? No thanks!), to the sort of thing you bring first-timers on to get them hooked on mountain biking. My wife and I chose Sedona for our honeymoon a few years ago and we didn’t regret it. We rode new trails every day, had great meals every evening and found a super nice hotel for not too much money. 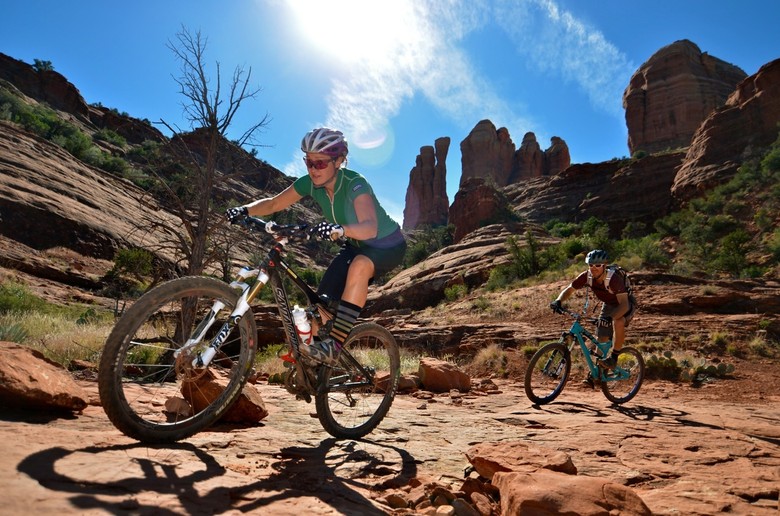 As far as I know, you can’t go wrong in New Zealand. The people there are really friendly and welcoming and value their time outside. And they love sharing their mountain bike trails. There’s a long hit list of destinations in NZ (think Queenstown, Rotorua, Christchurch), but my favorite spot is Nelson. It’s a coastal town at the top of the south island with some major hills behind it. I probably didn’t ride all of the trails in Nelson, but my favorite was the 629 track. It’s the kind of trail that you want to ride again and again, despite the 1.5-hour climb to get to the top of it. 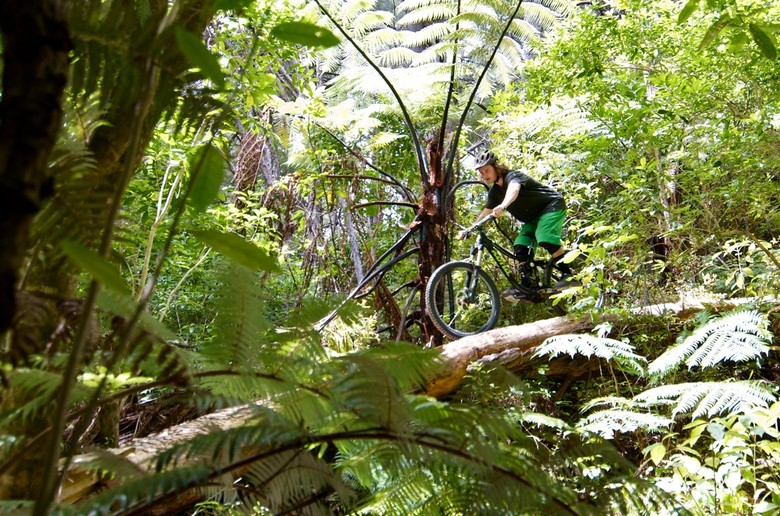 This zone is pretty close to Machu Picchu in the Peruvian Andes. I went down here about five years ago for the Inca Downhill (a Mega Avalanche-style event). I expected the trails to be mediocre at best, but I was really impressed. The event itself was a blast – it was a mass start DH beginning at nearly 15,000 feet above sea level – but there was much more to the riding there then just the racecourse. I’ve always wanted to go back to that area and explore more of the trails. 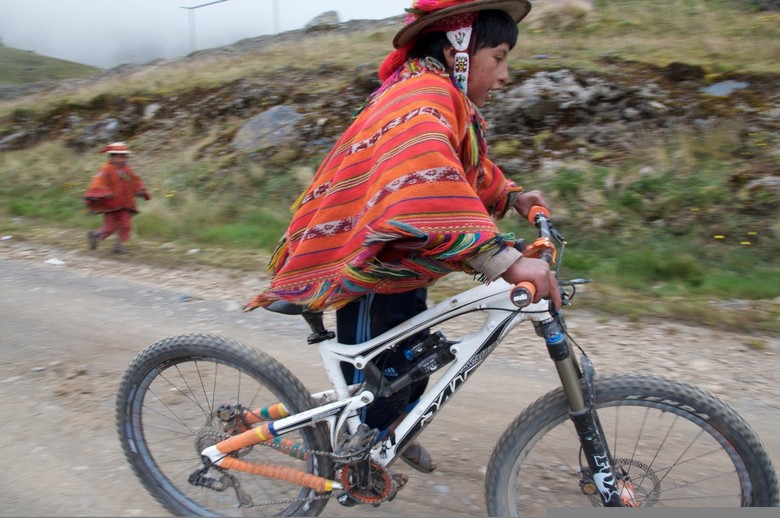 The riding here is good enough that a contingent of riders (like Chris Van Dine and Ali Goulet) go down there every year. CVD practically lives down there. It’s true adventure riding in big mountains in rugged terrain. 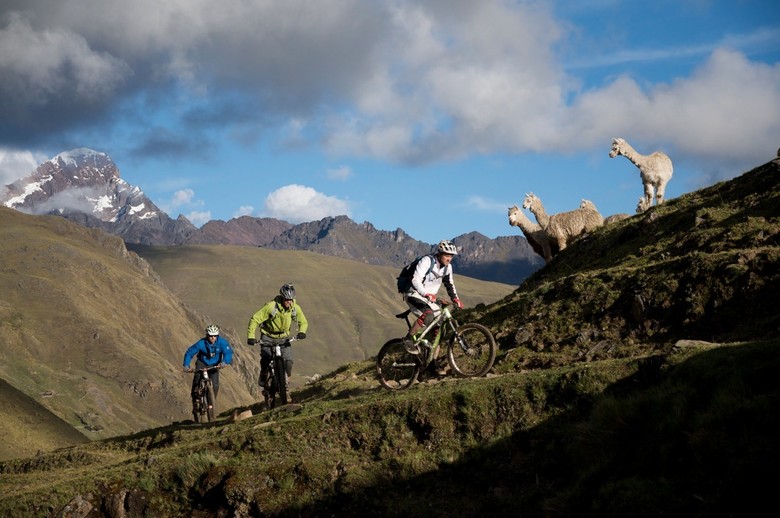 Just for the record – the riding here isn’t actually world class. There aren’t a ton of options for “mountain bike” trails, but there are some enormous mountains and hundreds upon hundreds of miles of rideable singletrack. Most of these trails are ancient footpaths (Ethiopia is the cradle of mankind after all). We did an eight-day expedition (check the video below) through the Simian Mountains with baboons, a Grand Canyon-sized valley and a 14,950-foot peak (Ras Dashen). 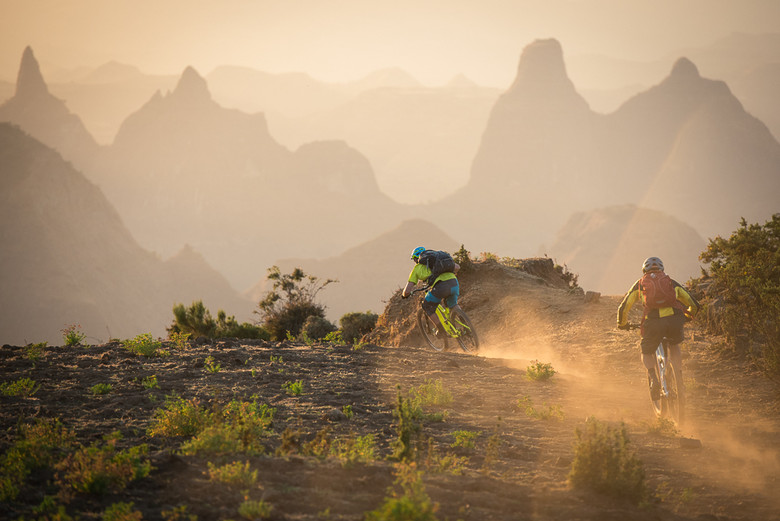 It was a trip of a lifetime for me, mainly because this area in the North of Ethiopia was so damned remote. The day after we returned back to the city of Addis Ababa, we linked up with a local rider named Steve. Steve is an American, riding and building trails just outside of the major African city of Addis. The day of shuttling on Steve’s local tracks was the perfect balance to the expedition in the remote wilderness. But the best thing about Ethiopia was the culture – the people there were incredibly welcoming, the food was fantastic and the music was rad. It was a trip that I’ll never forget.

Vital thanks Dain for this look into fun, accessible trails in our backyard and around the globe. For more help finding your next adventure on two wheels, visit www.mtbproject.com for rides, maps and information.

View replies to: MTB Bucket List - 5 Places Dain Zaffke Says You Should Ride Once in Your Life