As the year comes to a close, I dug back through my photo archive and pulled out what to me, represented my top 10 moments of 2013 in mountain biking.

Not to be confused with my favorite photos as those would be quite different, rather these represent moments that stood out to me on a personal level while working and or riding this past season, either because of the level of riding they represent or the story behind them.

In no particular order, here you go. 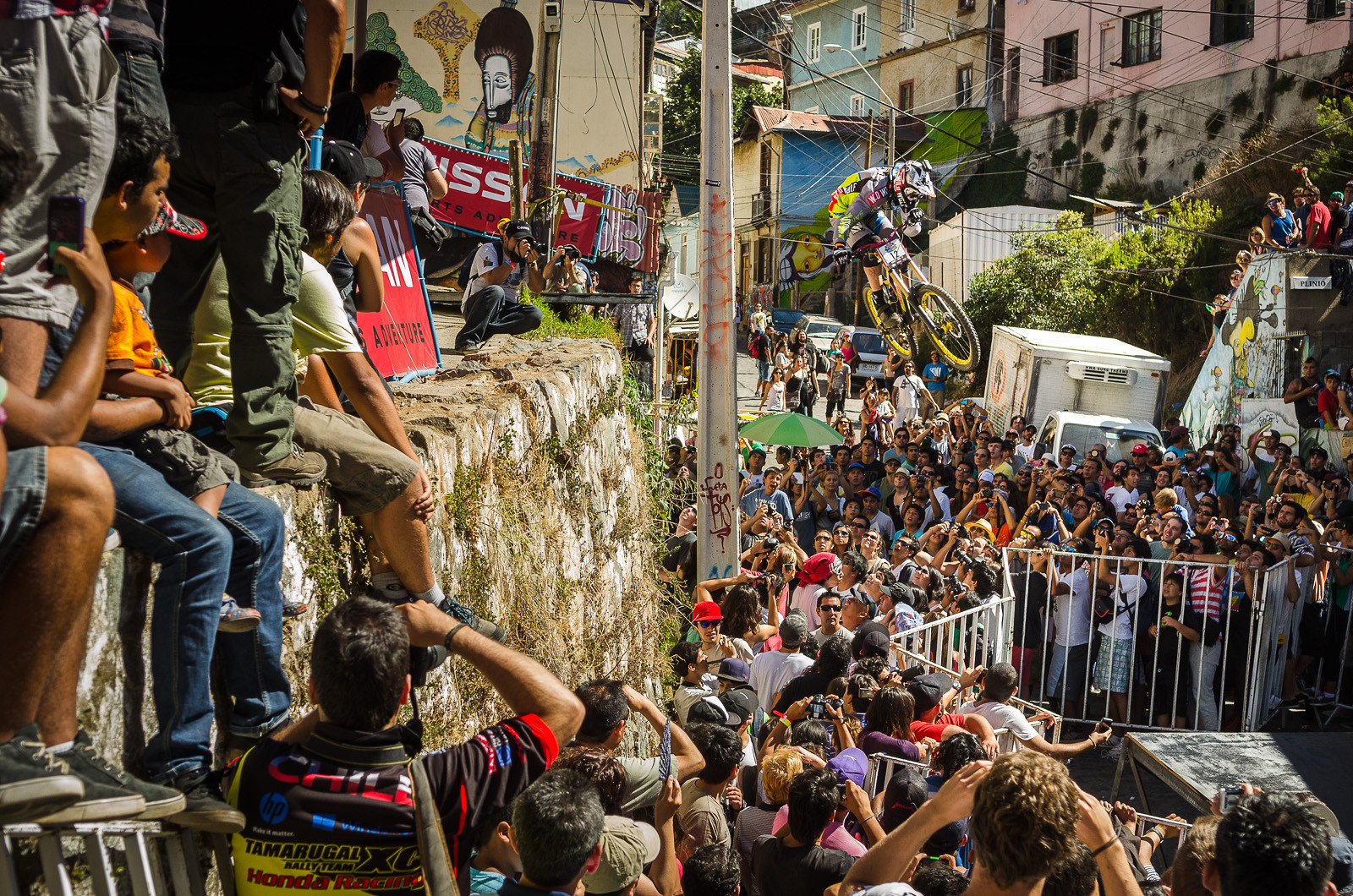 After a disastrous crash ended his 2012 season, and left many in doubt to his future ability to not only race a bike, but to simply just ride again, it was an absolute pleasure to see him turn up in Valparaiso last Feb.  With a 4th place finish on one of the gnarlier tracks out there Cedric proved he was back in the game.

2. The Wasatch Trail in Telluride. The day after the annual Yeti Cycles Tribe Gathering a large crew of us assembled early in the morning for what we were told would be an epic ride. Tired from a few days of filming and photo shoots, and a bit hungover from the previous nights party, I almost bailed on this one. After a Gondola ride to the top and an additional 3 miles of steep climbing this is the trail that greeted us. With a mix of World Cup DH pros, XC Olympians, and weekend warriors, we set off on what would be my favorite high alpine descent of the year. The mix of flowy sigletrack, loose shale switchbacks ridden on the ragged edge of control, and finish through the Aspens made this one tough to beat. I had been staying with and working for Yeti quite a bit leading up to this race, and being around Jared I knew first hand how determined he was and how badly he wanted to take his first Enduro World Series win.  He had it in the bag in Colorado but an unfortunate puncture ended his hopes there, so in Whistler he was out for blood.  The run he put in on the final 25 minute stage from the top of Whistler Peak to claw back all the time he had lost on the first 4 stages of the day was nothing short of amazing. Everyone has their own opinion as to who had the best whip at the annual Whip Off Worlds, but for me it was never in question.  Bernardo Cruz's more sideways than sideways, in the pouring rain, no fucks given style ruled the day. Brandon Semenuk was in the lead with only the final run of Martin Soderstrom standing between him and Red Bull Joyride Victory.  I chose to shoot Brandon and his reaction rather than Soderstrom's final run as I wanted to capture some emotion rather than just big tricks.  This shot was taken the moment Semenuk knew he won, and what stands out to me is that no one is celebrating.  All the top riders in the sport, in that moment, where only concerned for the well being of Soderstom who had just taken a horrendous crash off the final jump.  Sportsmanship at it's finest. It may be a bit cliche, and the same shots come out year after year from Heckler's Rock during the final day of Crankworx, but it is for good reason.  Not only is it the final party of the week long Crankworx Festival, it is also a reminder that mountain biking, and racing are still about HAVING FUN. The day after I returned from 10 days of Crankworx, my good friend, Joey Schusler, convinced me we should hike up and ride down Mount Elbert.  The 14,500 foot summit being the second highest in the lower 48 states.  We started the 5 mile hike at 2:30am after sleeping in the parking lot (and I forgot my sleeping bag), we got rained up, the wind was blowing and I couldn't feel my fingers for the last hour of the push.  However, all that was forgotten when we dropped in from the summit, descending an uninterrupted 4,500 feet back to the car.  The early morning light, perfect for photos, just added to the fun. After seeing Brendan build his canyon gap the previous year, I was a bit anxious to see him finally hit it this time around at Red Bull Rampage, but as usual at that event there was still an eerie bit of doubt hanging about.  Being around the athletes at Rampage you seem to notice that moment when reality sets in and the mindset switches from building a line to actually doing it. Some don't cope with this well and struggle to follow through on what they have pushed on themselves, while others like Brendan just get it done.  I was standing with him when he decided to give it a go, and while originally saying he was going to wait a day it must have gotten in his head a bit,  because he simply turned around said, "fuck it, let's do this".  That was that, and the job was done.

9. The Crowd in Taxco Mexico Latin American countries have built a reputation for creating gnarly urban races that generate huge crowds, but Taxco took this to a whole other level.  This photo was taken while we were literally trapped up in this tower.  The amount of enthusiasm, and the sheer number of people were amazing as well as simply overwhelming.  After racing and/or shooting photos at just about every kind of event there is over the years, nothing stands out to me more than this one. While the results don't reflect it, Graham Agassiz may have had the winning run at this years Red Bull Rampage, if only he had held it together all the way to the bottom.  In that run, just below the huge drop that his build crew was still chipping away at moments before he dropped in, was for me the single biggest standout moment of the year.  Dropping in and hitting his run blind with no practice, Aggy floated the biggest dumped three anyone had seen.  His line and that trick blurred the line between mountain biking and other big mountain sports like skiing and snowboarding, and if it is any indication of where freeride is headed we should all be excited.