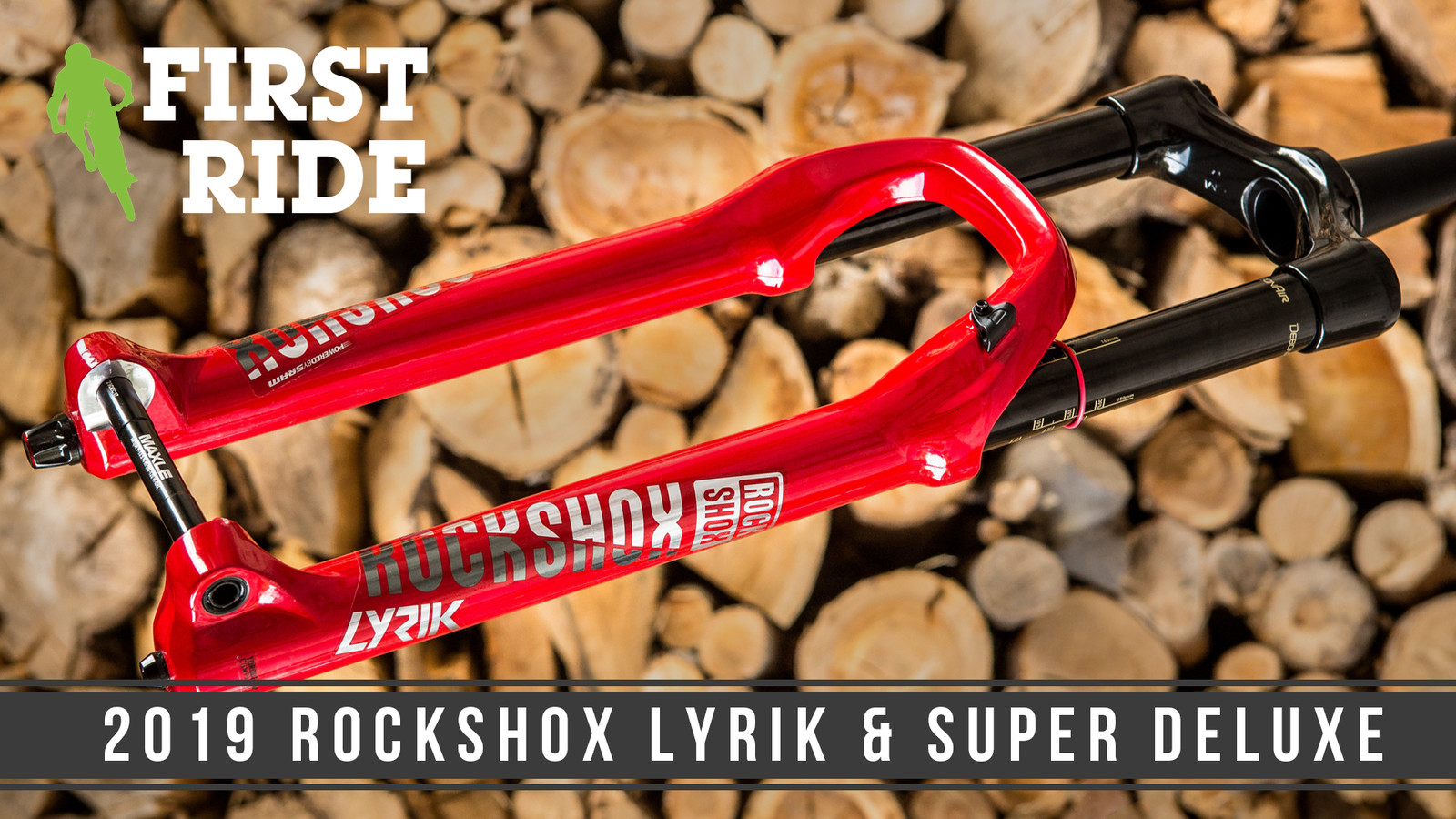 There are product launches, and then there are SRAM product launches. When the call came in with the opportunity to try out the new 2019 RockShox Lyrik and Super Deluxe while riding in a premier international multi-day enduro event, the NZ Enduro, we said "YES!" with gusto, packed our bags, and hoped that our off-the-couch off-season fitness would be overridden by the latent remains of talent hiding away in dark corners. 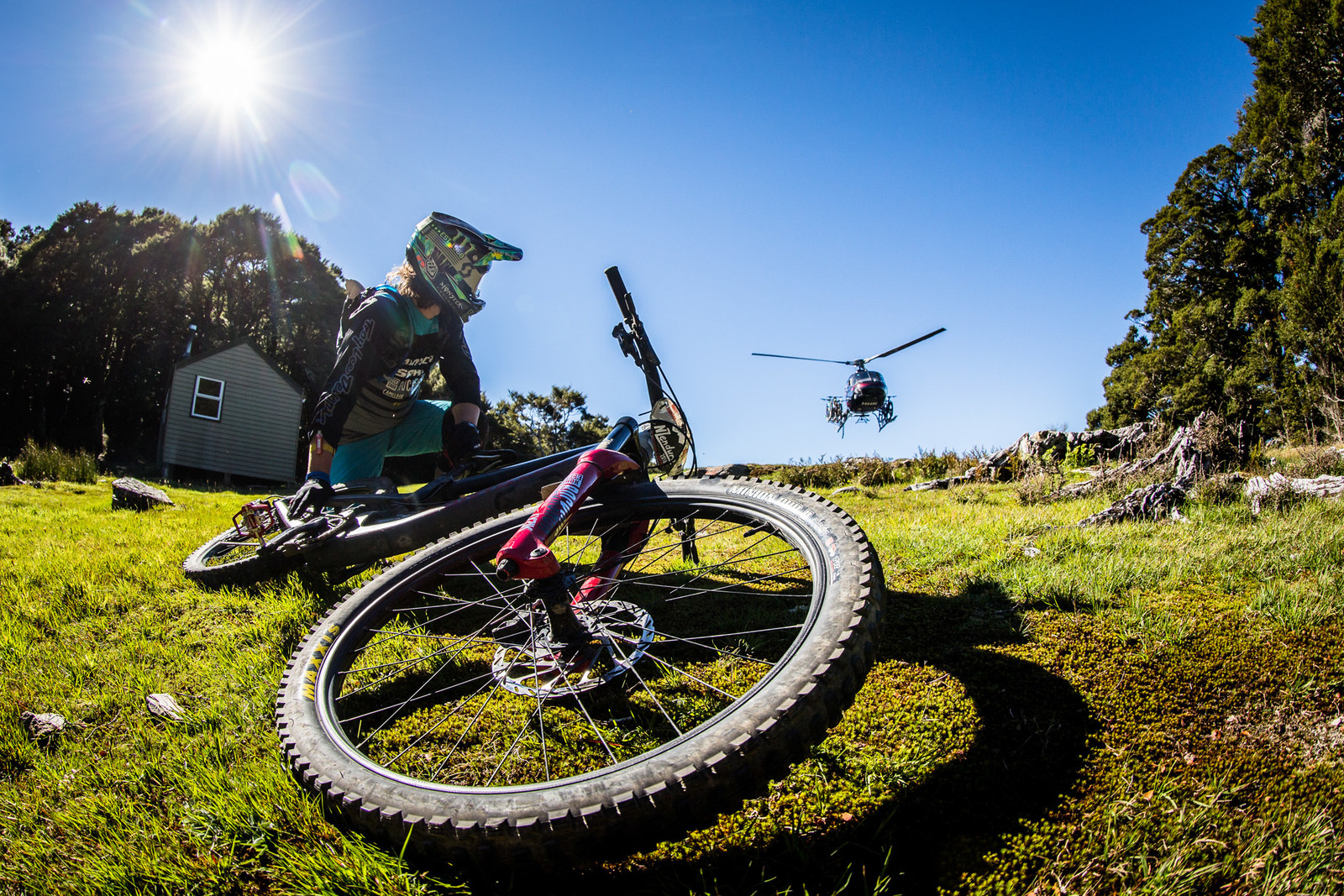 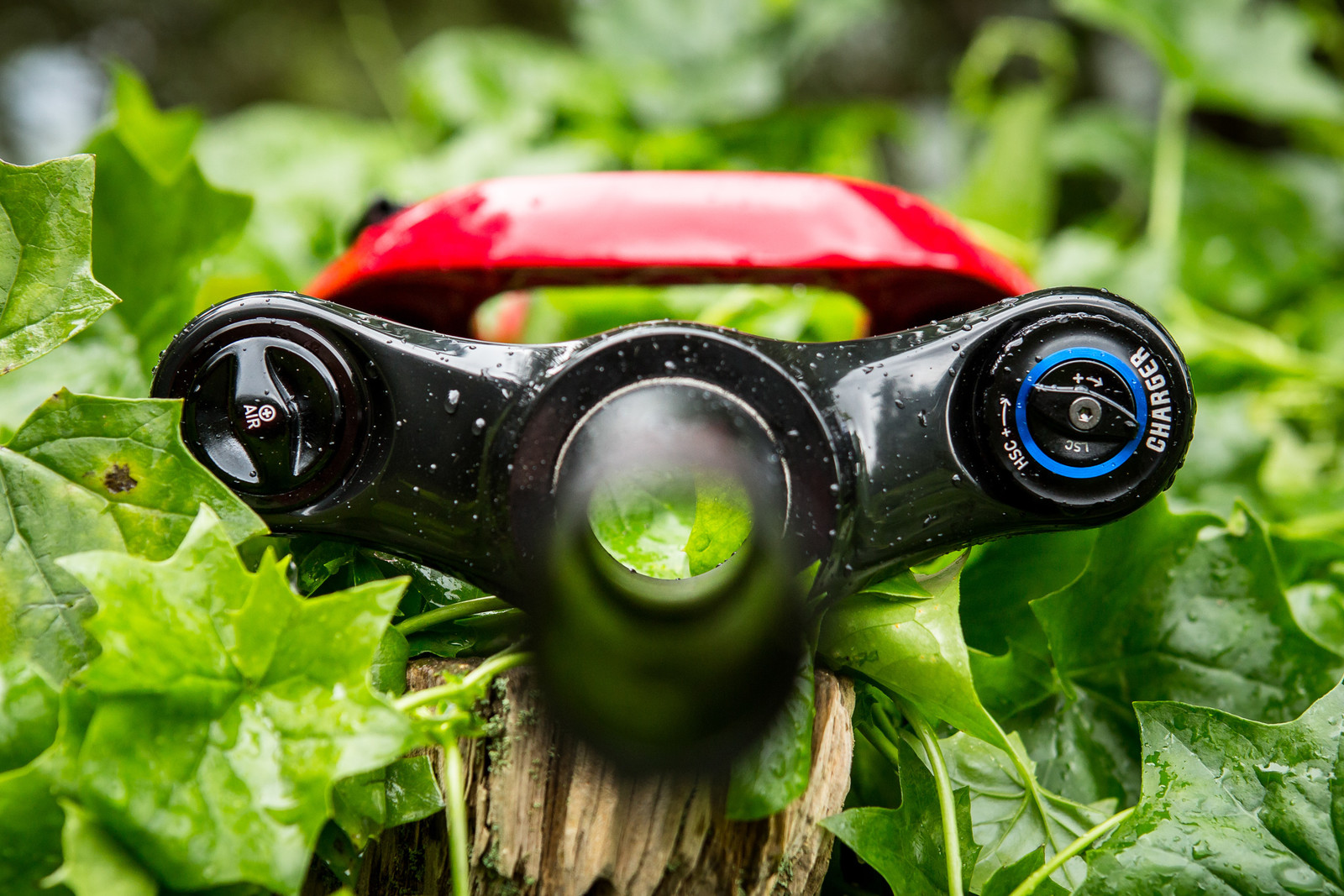 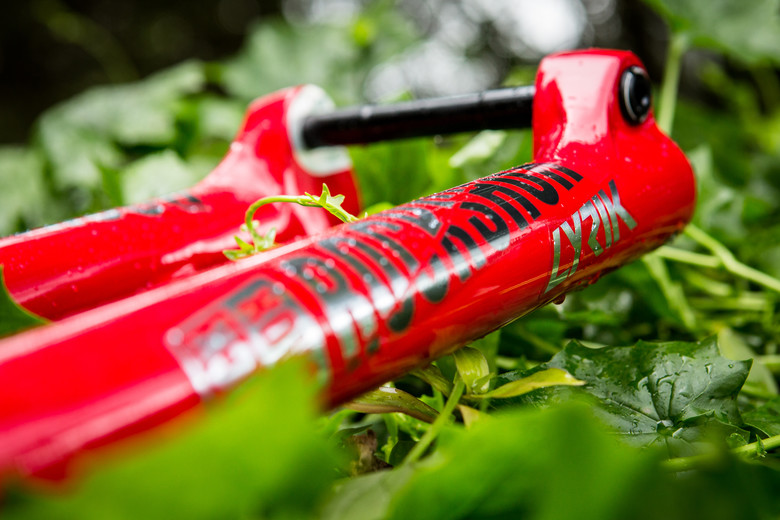 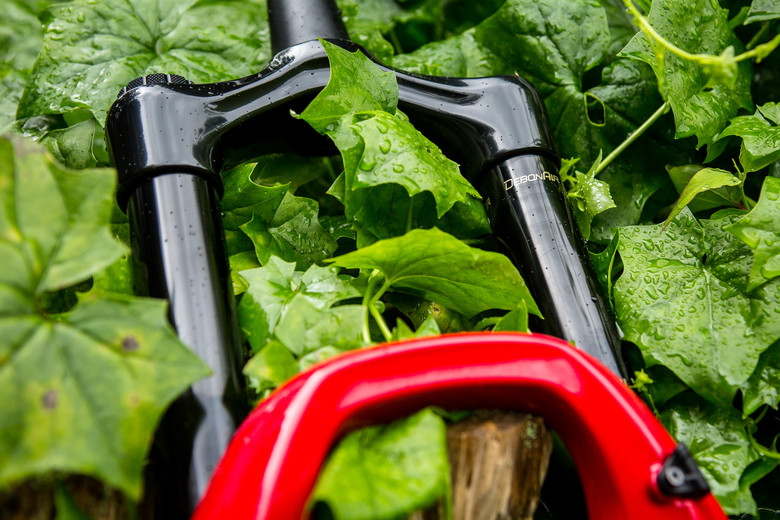 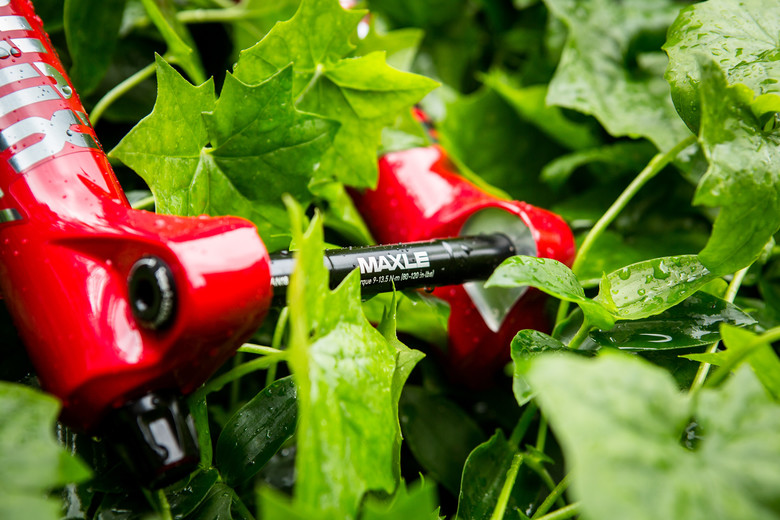 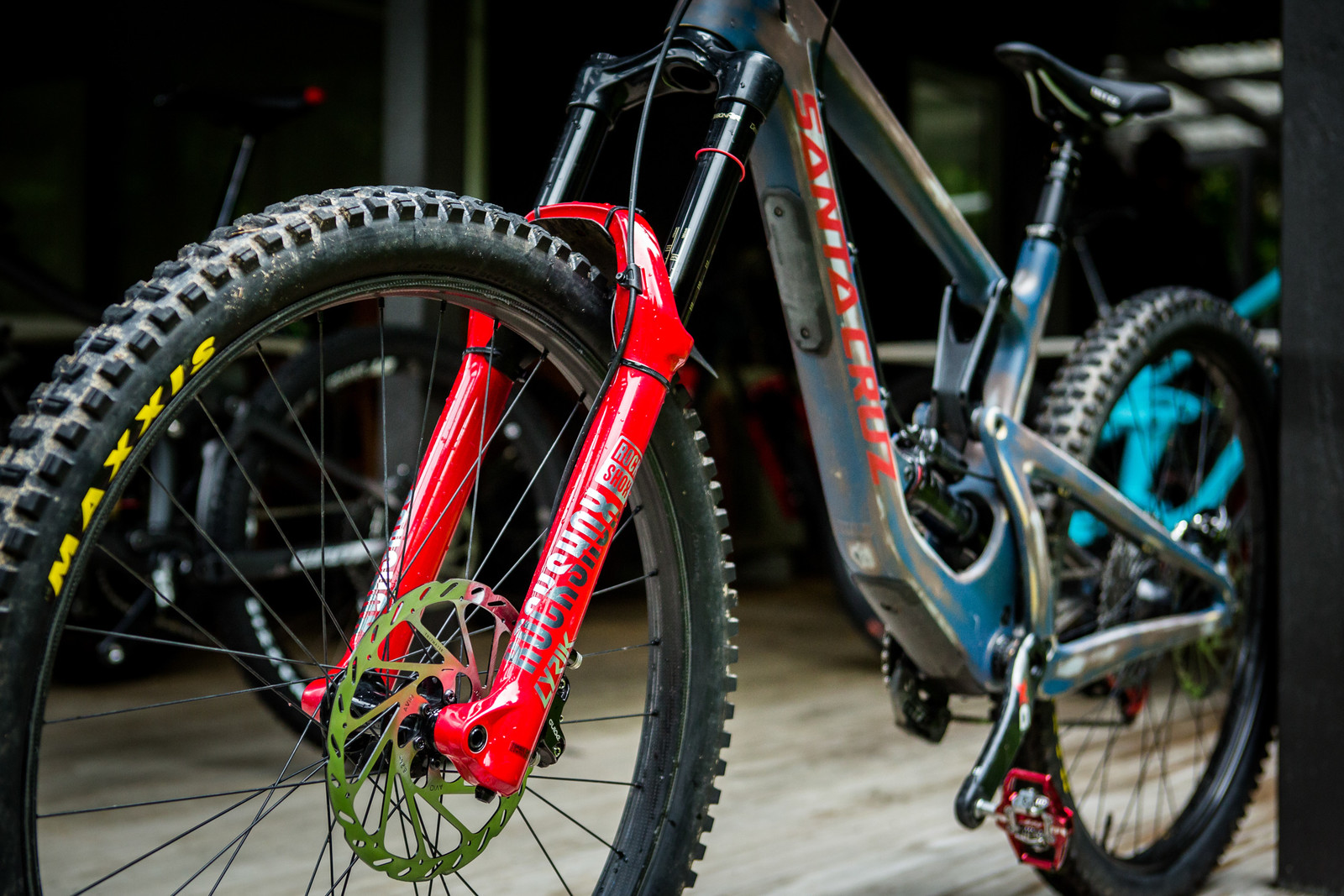 RockShox's quest for and inclusion of independently adjustable high-speed and low-speed compression on the 2019 Lyrik was driven both by consumer requests and athlete feedback. Being able to add that little extra bit of refinement was a top point of contention from both groups of users. In keeping with the RockShox trend of "ease of use and setup," the increments of adjustment are a simple 5-clicks of high-speed and 20-clicks of low-speed. With high-speed, the middle setting is equivalent the previous preset high-speed compression setting, so now riders can go two clicks lighter or two clicks firmer depending on their needs or preferences. This is a very welcome feature, especially for light and heavy riders.

RockShox told us the range of adjustments is such that there is never going to be a setting in which the rider has created a ride characteristic that makes the fork "unrideable" – it may be a bit too firm or too plush, but at no point will any adjustment make the fork stop working properly.

"We wanted to keep the rider out of the weeds…make it easy, make it simple." - Jon Cancellier, RockShox Product Manager

The high-speed and low-speed adjustments are not just new dials on top, but a whole new Charger 2 damper with fewer parts, more ports, and a little more oil volume. Larger ports are part of the improved tune, and the oil volume increase is around 1-2cc due to the reduced amount of hardware. 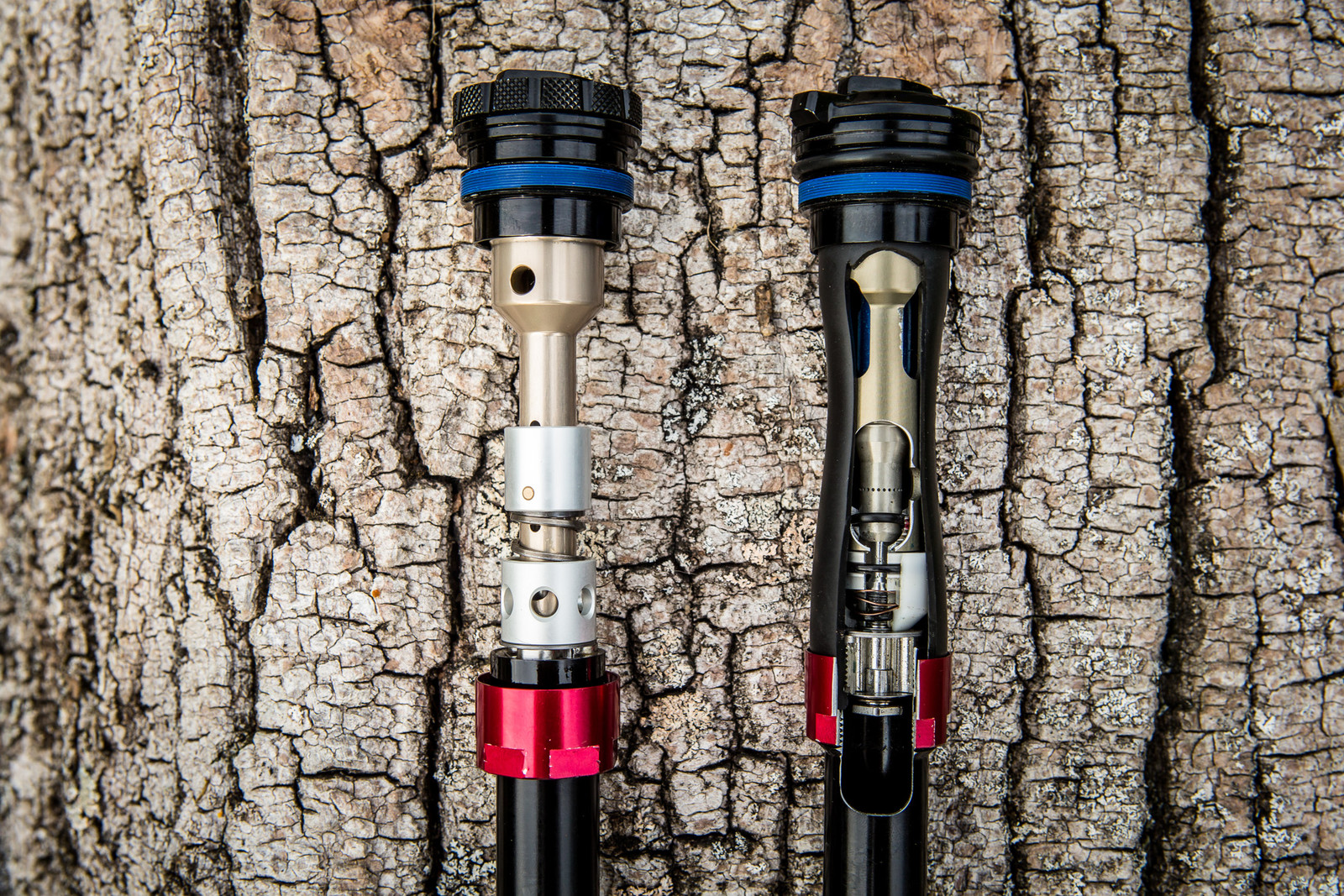 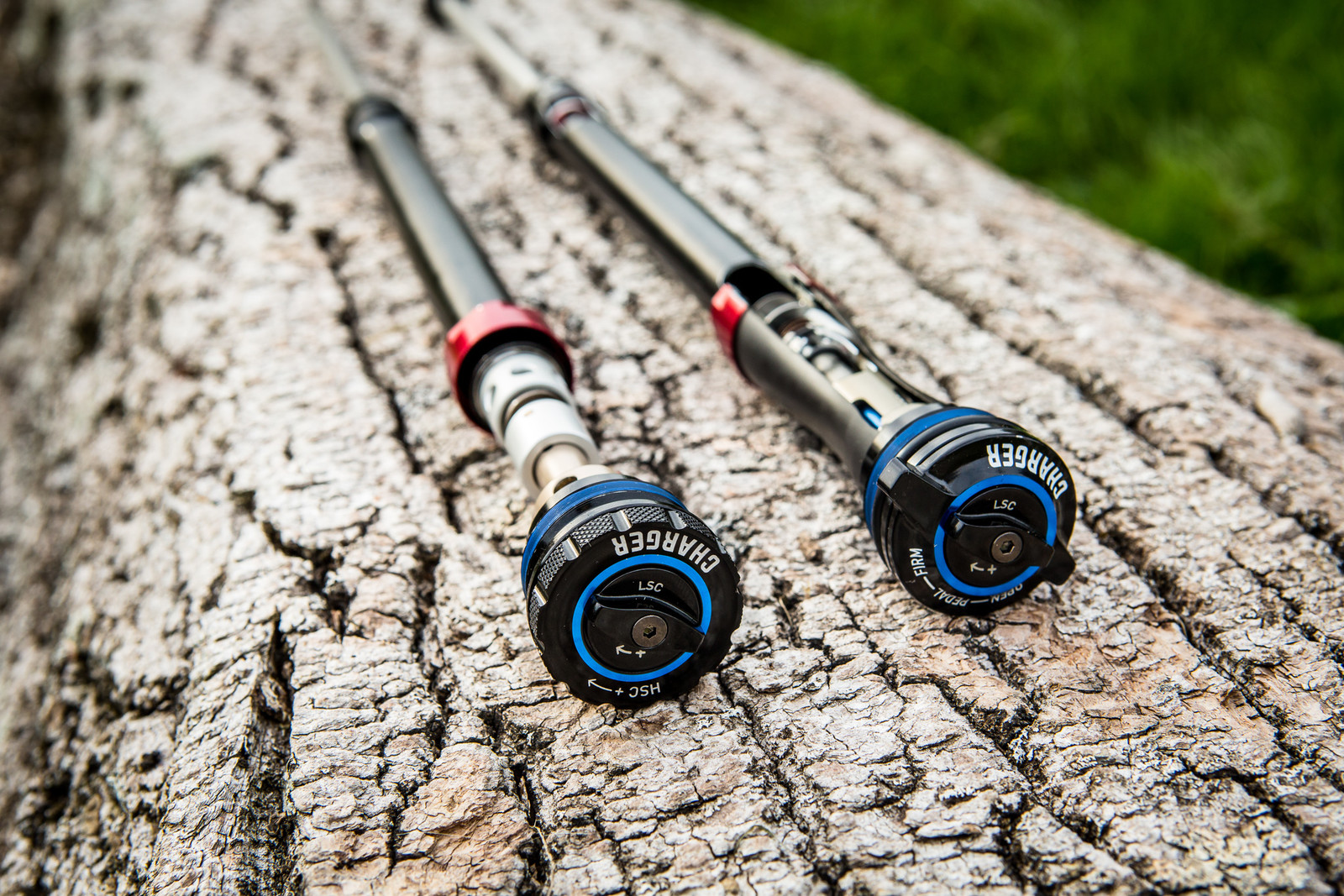 The new Charger 2 RC2 damper can be retrofitted to previous Lyrik and Yari forks (MSRP: $244-321 USD | €259-349 | £235-309). The design team felt it was important to offer customers who had bought into the RockShox family more support and give them the option to simply buy the new damper instead of having to buy a whole new fork. The 2019 chassis doesn't differ from the previous model.

While the Lyrik already sported a DebonAir negative chamber in the previous model, the 2019 air spring has been fully redesigned. RockShox's approach started with a vast array of dyno testing to see what performance characteristics could be improved, and what was shown turned out to be a small-but-exceptional opportunity for change.

The old seal head was made from Delrin plastic, a versatile material, but one which wasn’t the ideal option. It doesn’t slide as well as could be due to high "stick slip" friction during direction changes, so the fork's action between compression and rebound wasn’t as smooth as it could have been. The engineering team explored other options and chose to revamp the seal head by machining it from aluminum, using a bushing as the sliding contact surface at the bottom and fitting the air seal to the top. The various friction charts speak to the improvements, and they are staggering. Jon Cancellier commented, "I was shocked when we got the test data back," regarding the difference in friction forces between the plastic and aluminum air seals. 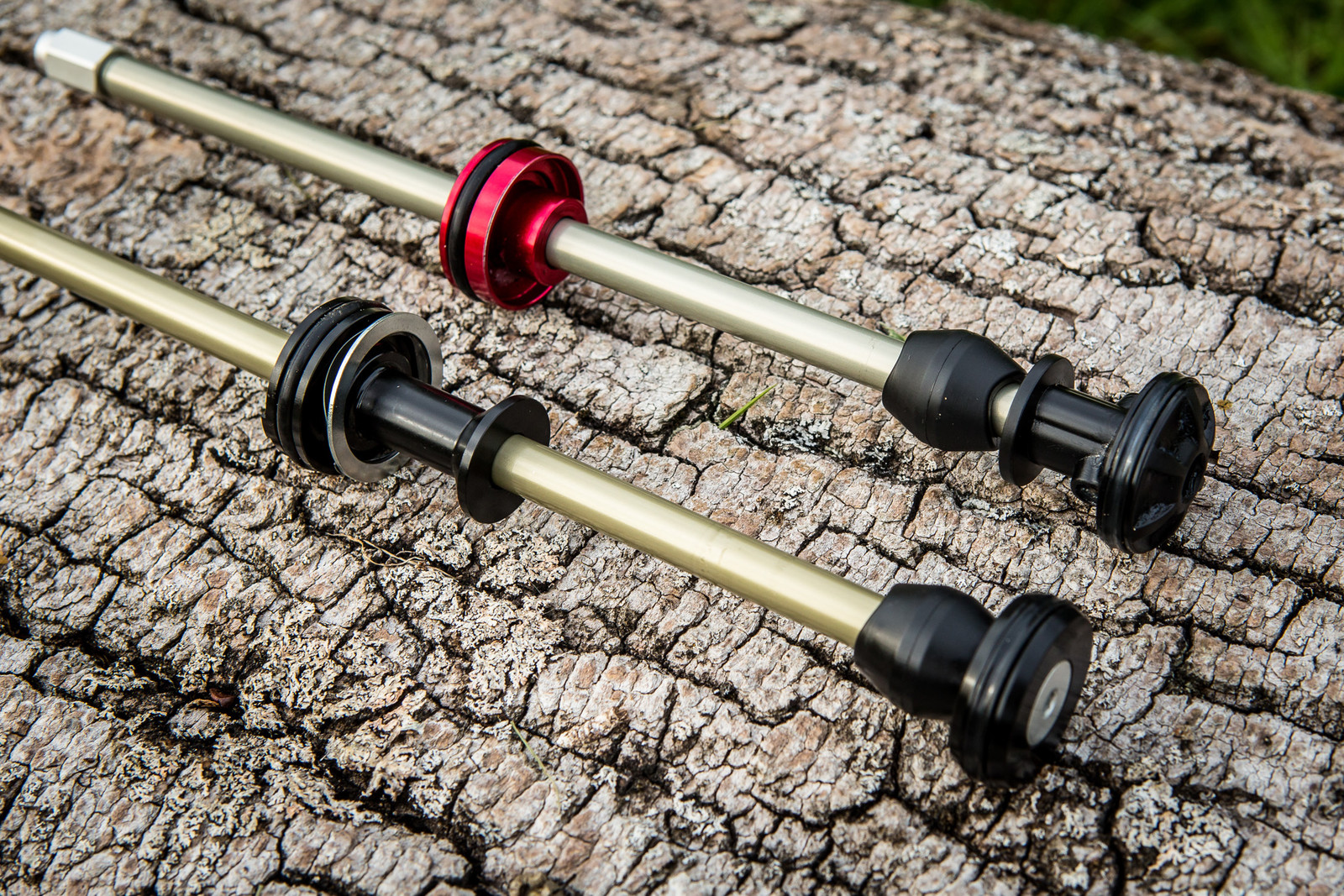 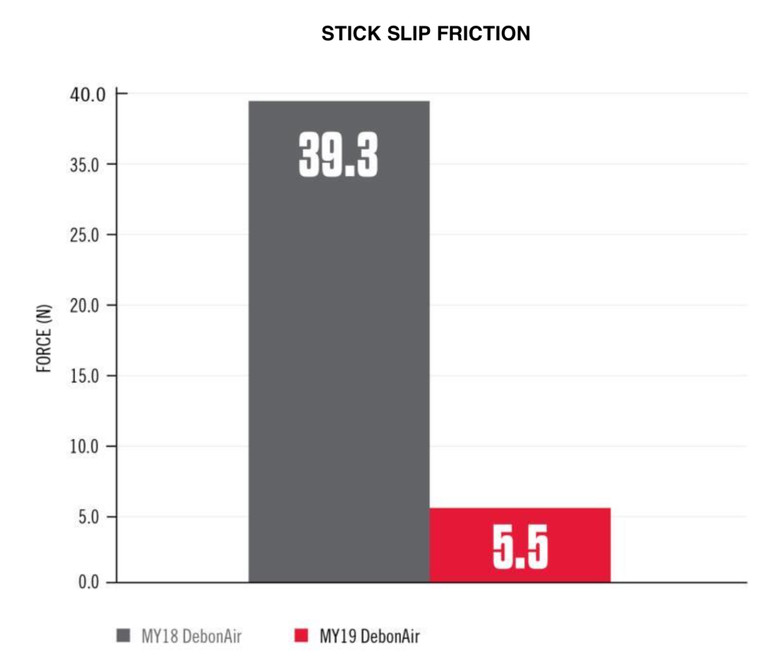 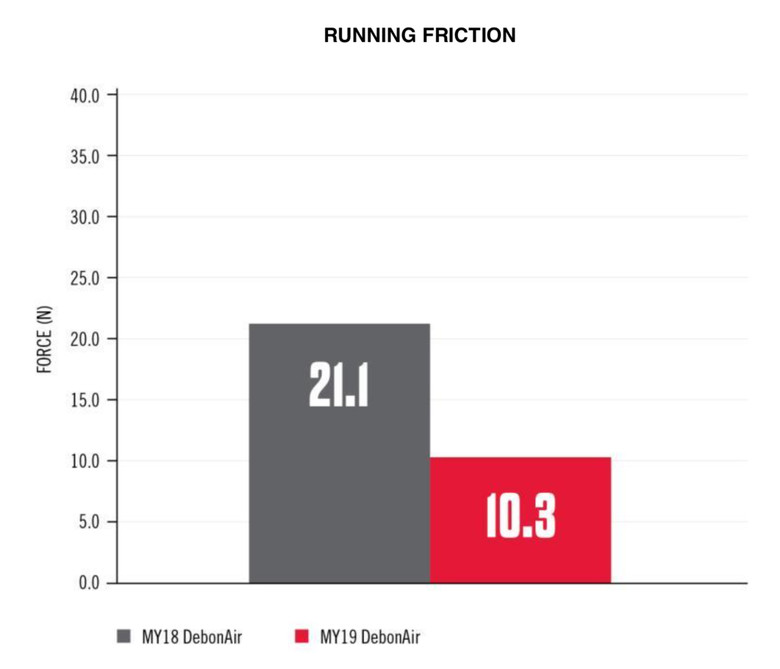 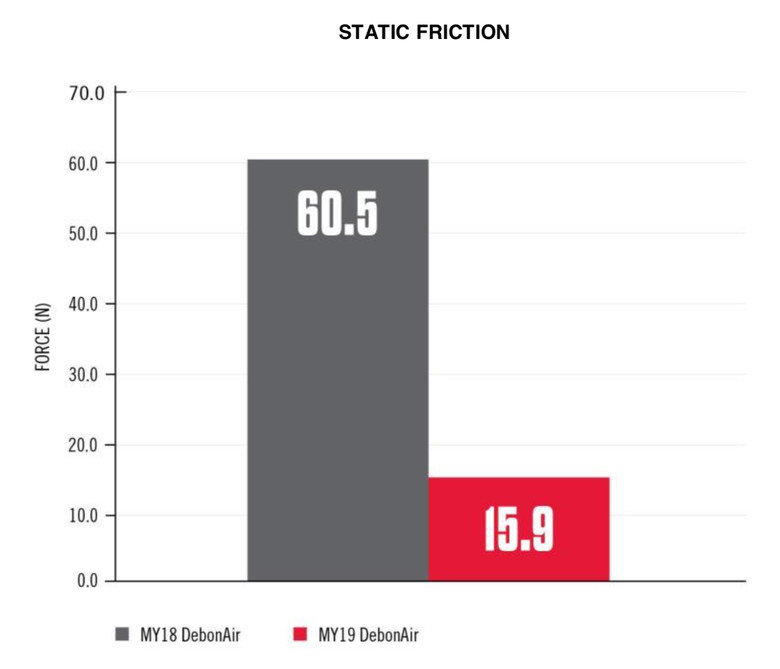 This change resulted in a huge improvement in fore/aft stability and a massive reduction in friction, meaning the fork actuates under load more effectively and the force to move the fork is reduced, making it more efficient (see "running friction" and "static friction" charts). When handed the two different fork shafts with the old and new air seals, it wasn’t difficult to feel how different they were. The old plastic seal was more difficult to move up and down the shaft, whereas the aluminum seal with the bushing could almost be flicked up and down. The reason this was the area in which to make a major improvement was two-fold: firstly, it was the most "accessible" component of the fork to readdress, but secondly, it was the part of the fork contributing the most friction. 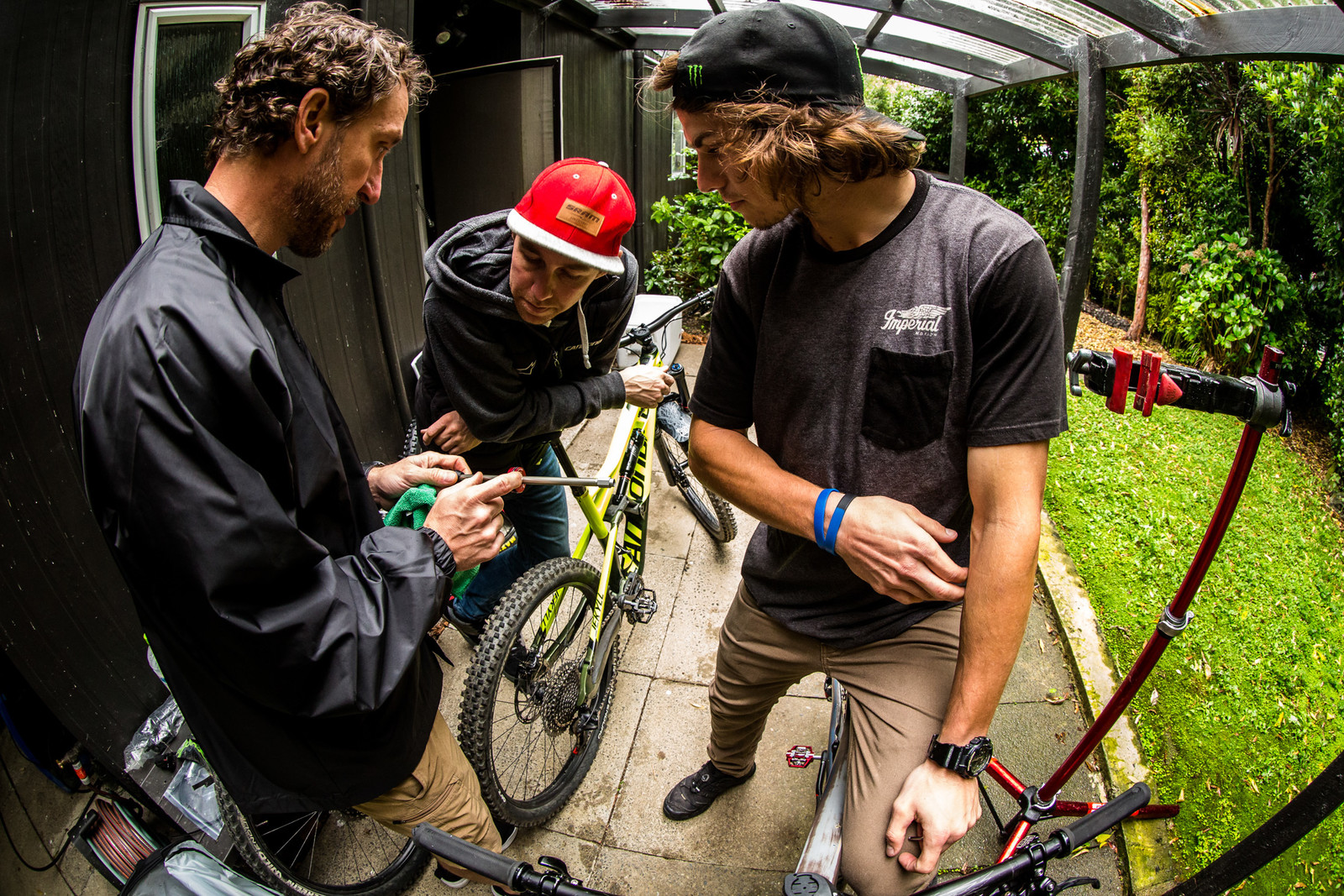 Furthermore, the air spring piston has been cross-posted so that air is able to drive up into the piston and then back down the shaft the seal sits on, thereby using as much of the fork as possible to increase negative air volume. Negative volume has increased by 42%, improving off-the-top/small-bump performance, traction, and feel. An interesting byproduct of this is that the spring curve changes and actually makes the fork ride higher in the travel. Thus, the ever-quested-for mid-stroke support is also improved upon. 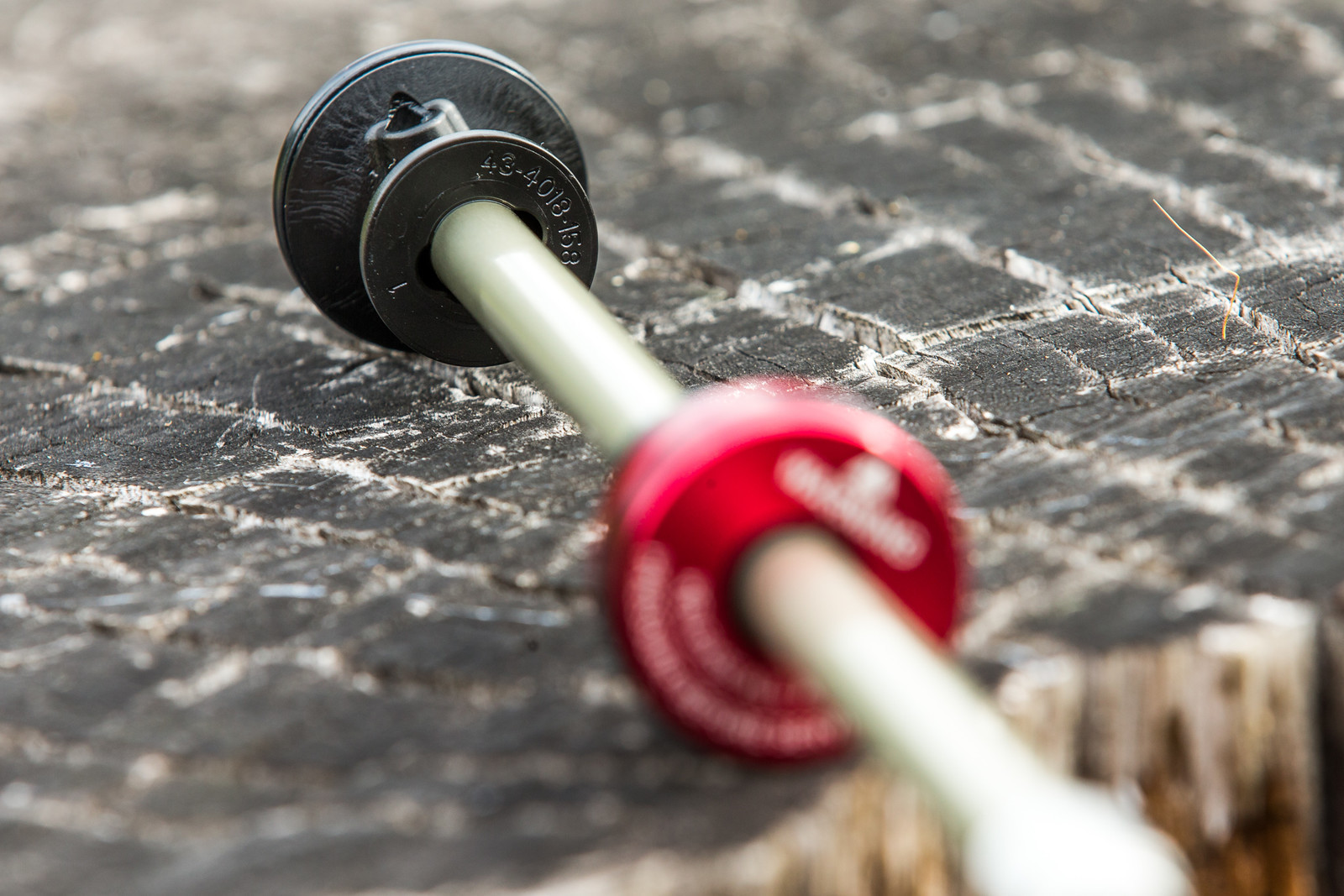 The fact that the fork’s settings are broad enough to achieve a comfortable setting for fun riding as well as a full-on, controllable race setup speaks to the top-notch job the RockShox team did with the redesigned air spring and compression settings.

RockShox provides recommended pressures printed on a sticker on the lower left leg of the fork. This removes guess-work as it’s a very thorough guide while being easy to comprehend. The Lyrik can come in various travel configurations with 150-180mm of travel and comes spec’d with different Bottomless Token counts. The stock setting on our 170mm fork (one Bottomless Token and chart-suggest air pressure) was definitely a treat and proved to be spot on for trail riding and consistently similar terrain. The off-the-top push test immediately informs the rider that it’s going to be a plush ride. The internal changes add up to a lot in both the parking lot and on the trail. Small-bump sensitivity and traction compliance is immediately noticeable. It's impressive. Few forks have felt that good right out of the box. 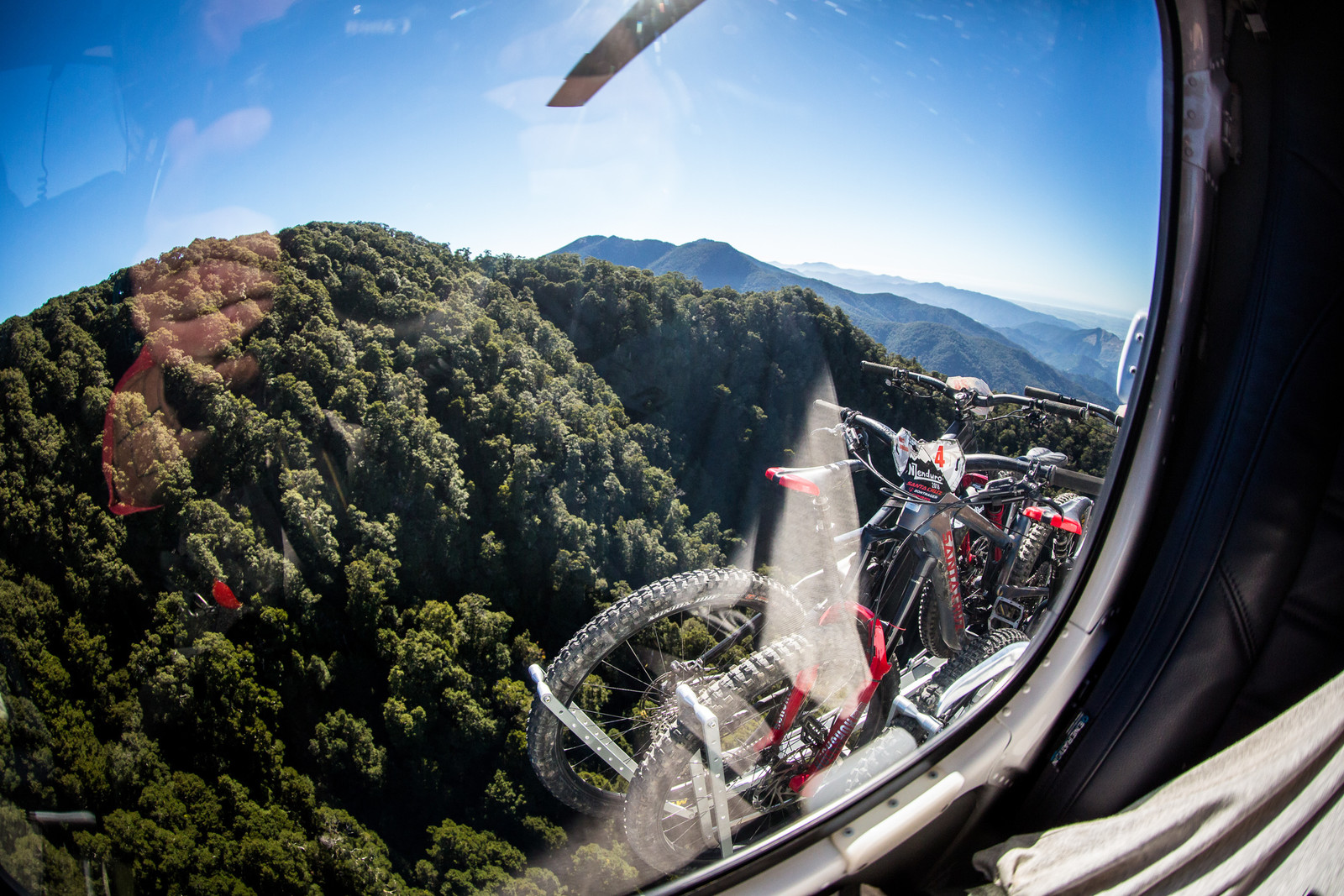 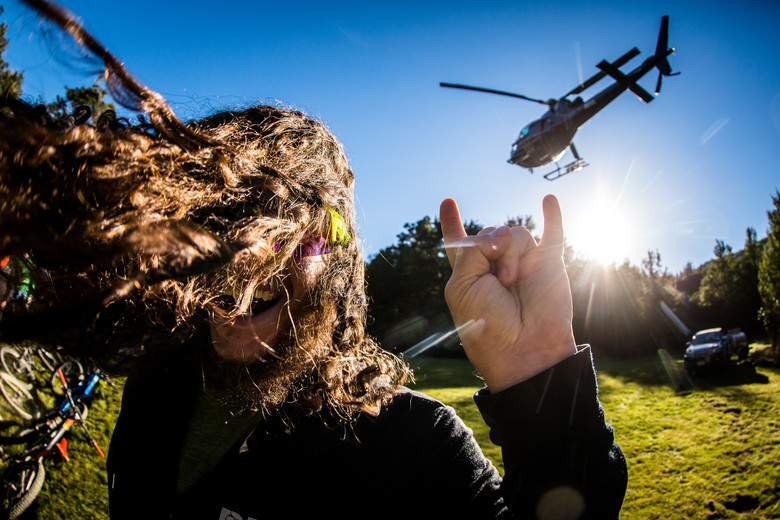 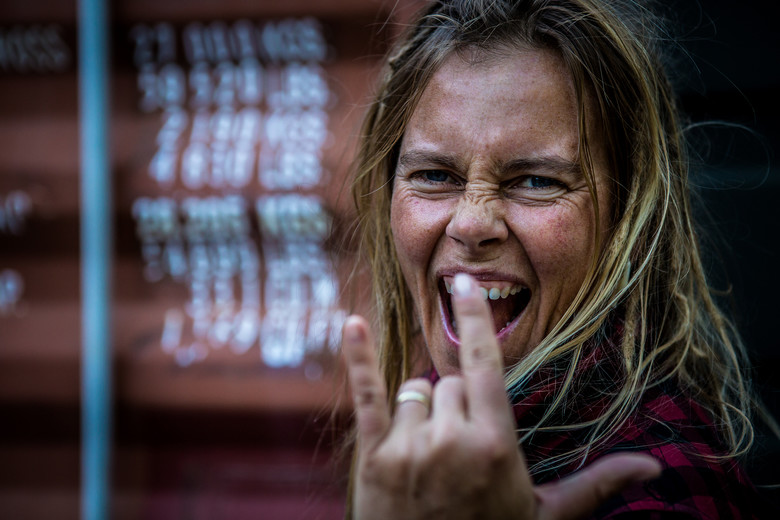 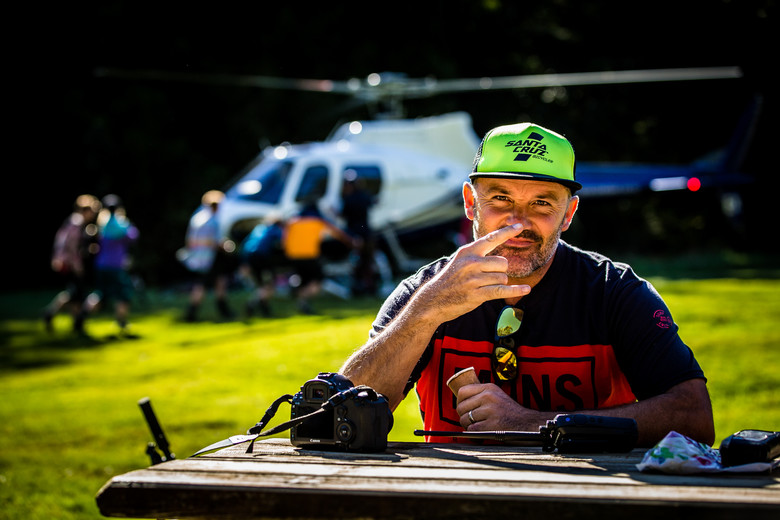 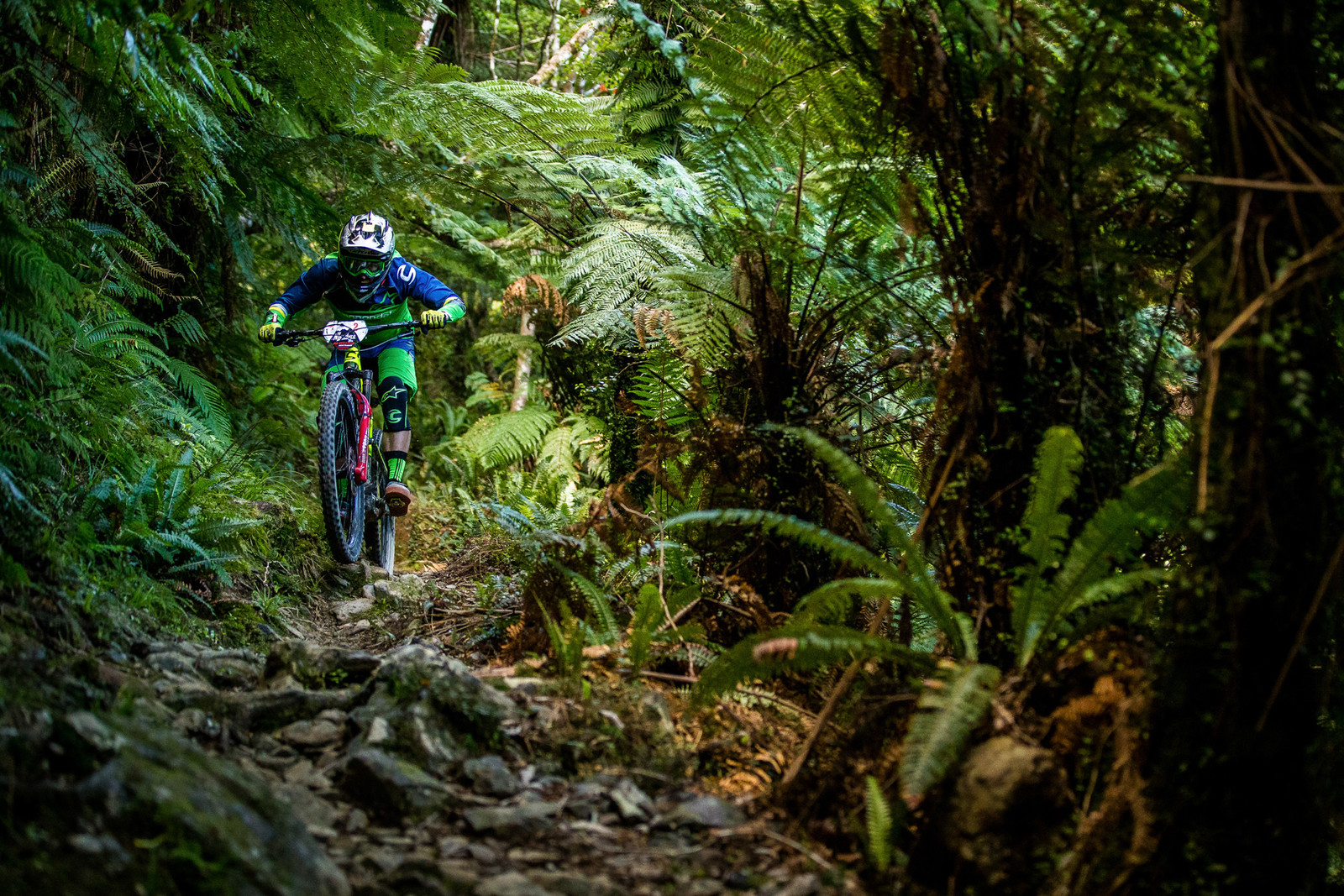 Over roots and loose corners the front end goes where it’s pointed, and the bigger negative chamber does exactly what is expected while keeping the front end higher up while riding down the trail. If preferred, more tokens can then be added to increase end-stroke ramp-up. With five total adjustments, room for refinement is plentiful but not confusing. The five clicks of high-speed make finding the sweet spot easier, and twenty clicks of low-speed mean one can get ride height tuned in just right. With the evenly-stepped rebound, it’s a lot easier to find the not-too-fast-not-too-slow spot and crack on with riding as well. 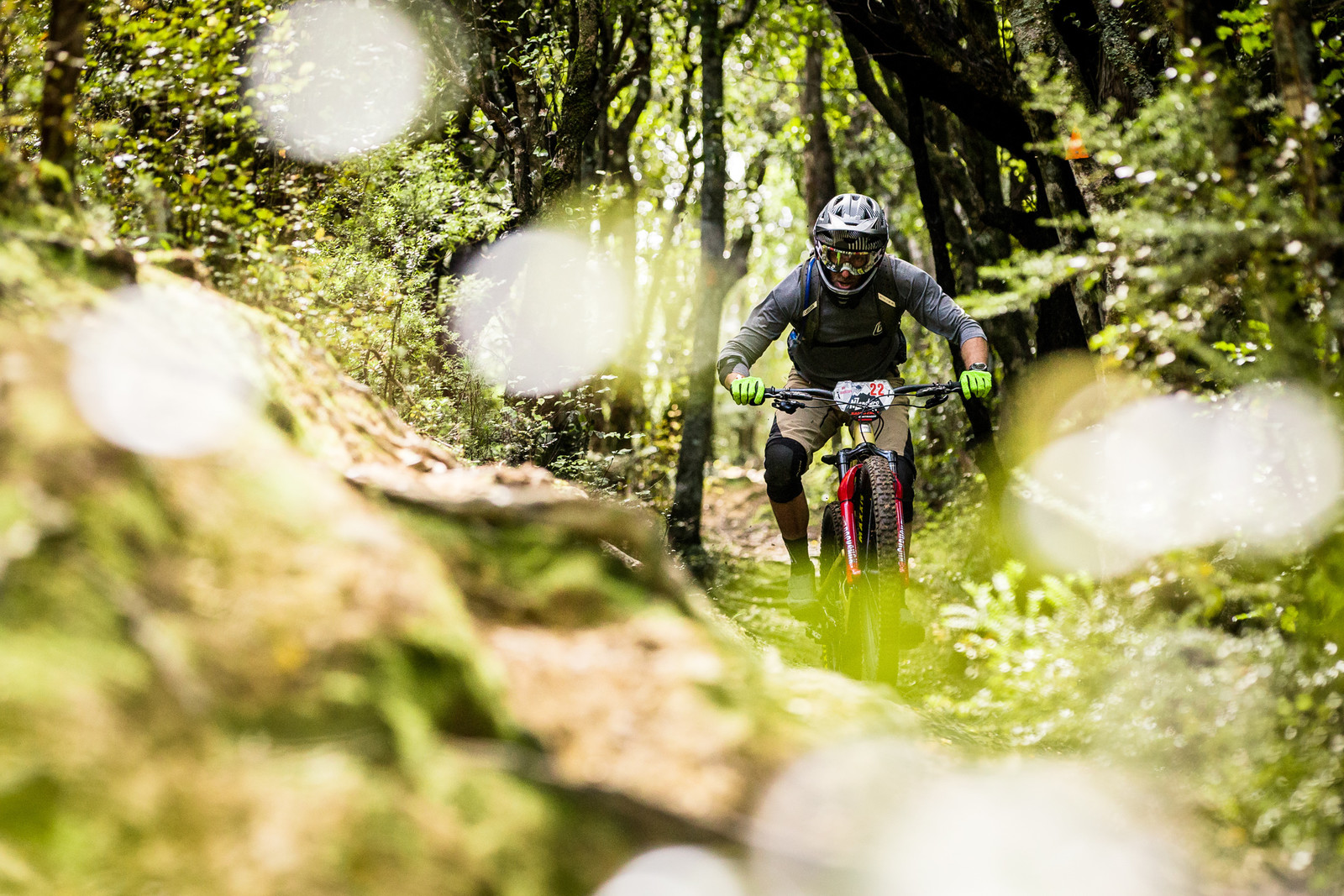 We experimented with various high-speed, low-speed, and rebound settings throughout the weekend of racing and final day of riding at Wiaroa Gorge to refine the fork’s feel. The overall layout of the new high-speed and the low-speed dial is clean and easy to discern which adjustment is achieved from which knob. The crisp clicks deftly denote a change and are audible enough to make full-face helmet tuning more intuitive as you don’t have to just go off of feel. The rebound dial on the bottom of the leg shares the same feeling and ergonomics as the top-side companions, which is appreciated. 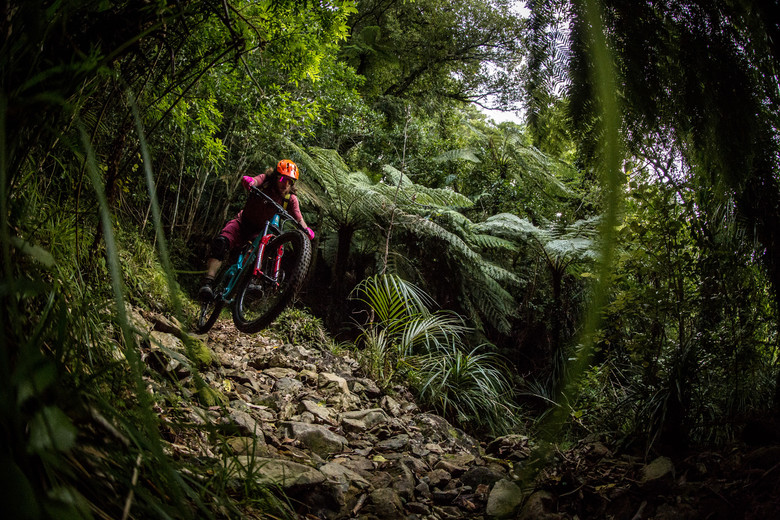 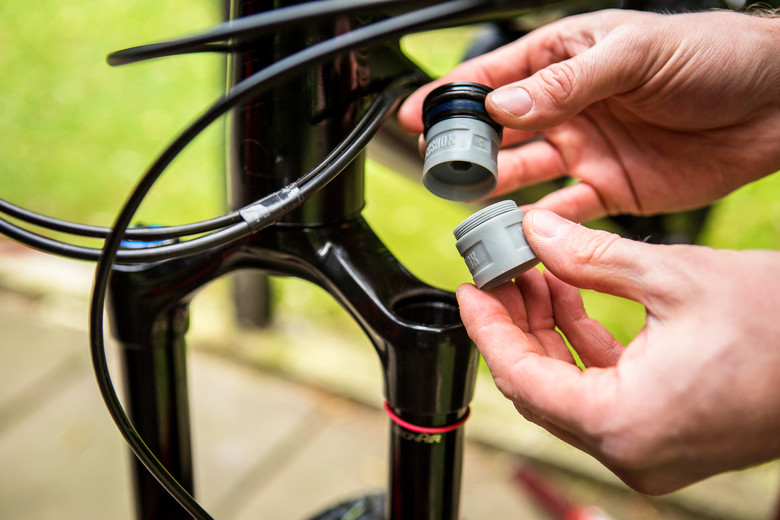 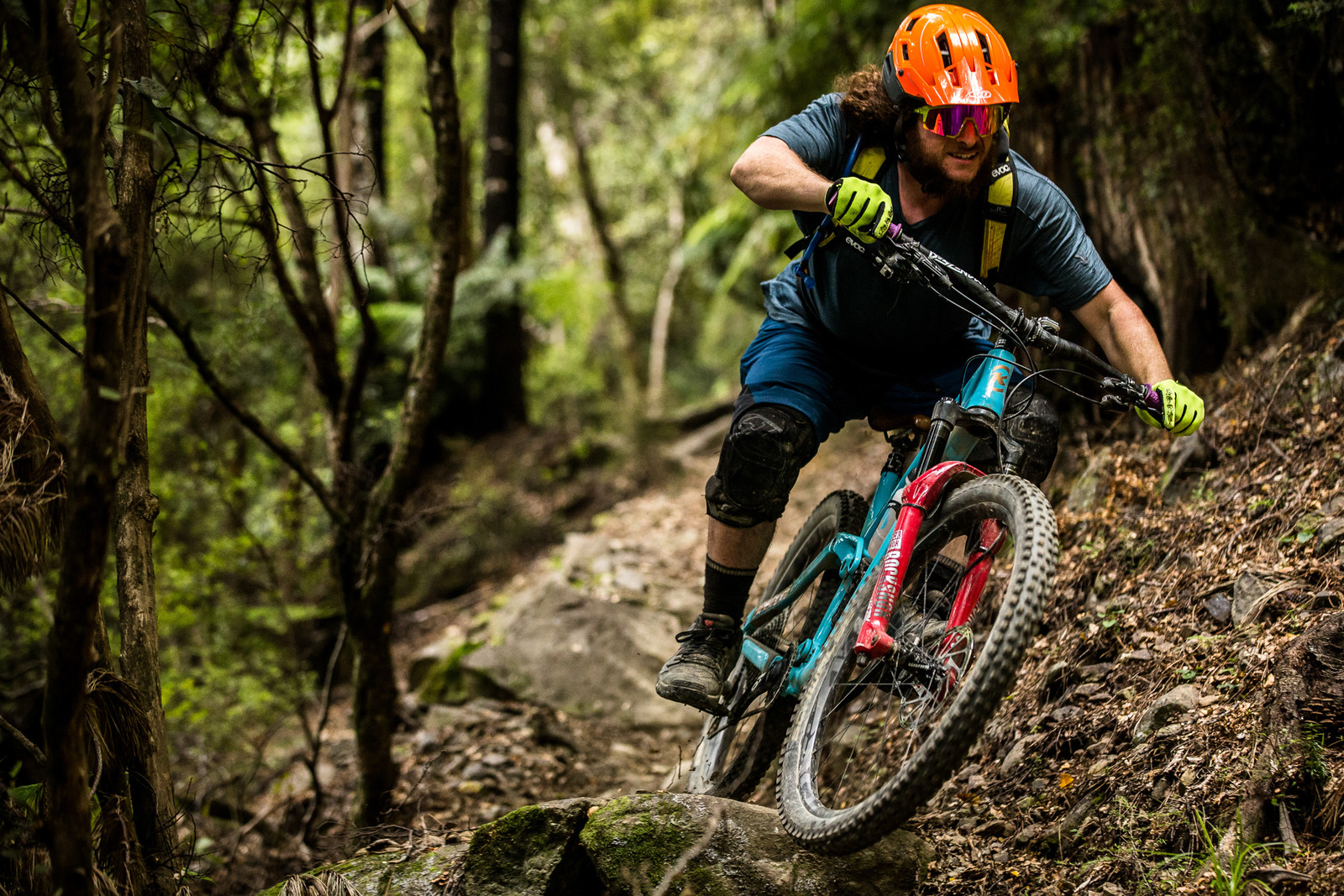 Our final race setting was 3 tokens, -1 to -2 from middle on high-speed compression, and 5 to 10 clicks of low-speed from fully open, as the added weight of 2.5 liters of water and a pack full of tools and food made the passenger quite heavy. On the sometimes slippery, often rooty New Zealand terrain we looked to maximize the supple off-the-top feel for chatter and traction by reducing air pressure a tad when paired with additional tokens. Despite being a little firmer through the mid-to-end stroke of the fork, the stronger ramp-up on fast hits, g-outs, and large objects added control. It is definitely more of a "race feel," which is echoed by the fact that both Jerome Clementz and Mitch Ropelato had three tokens in their Lyrik forks. 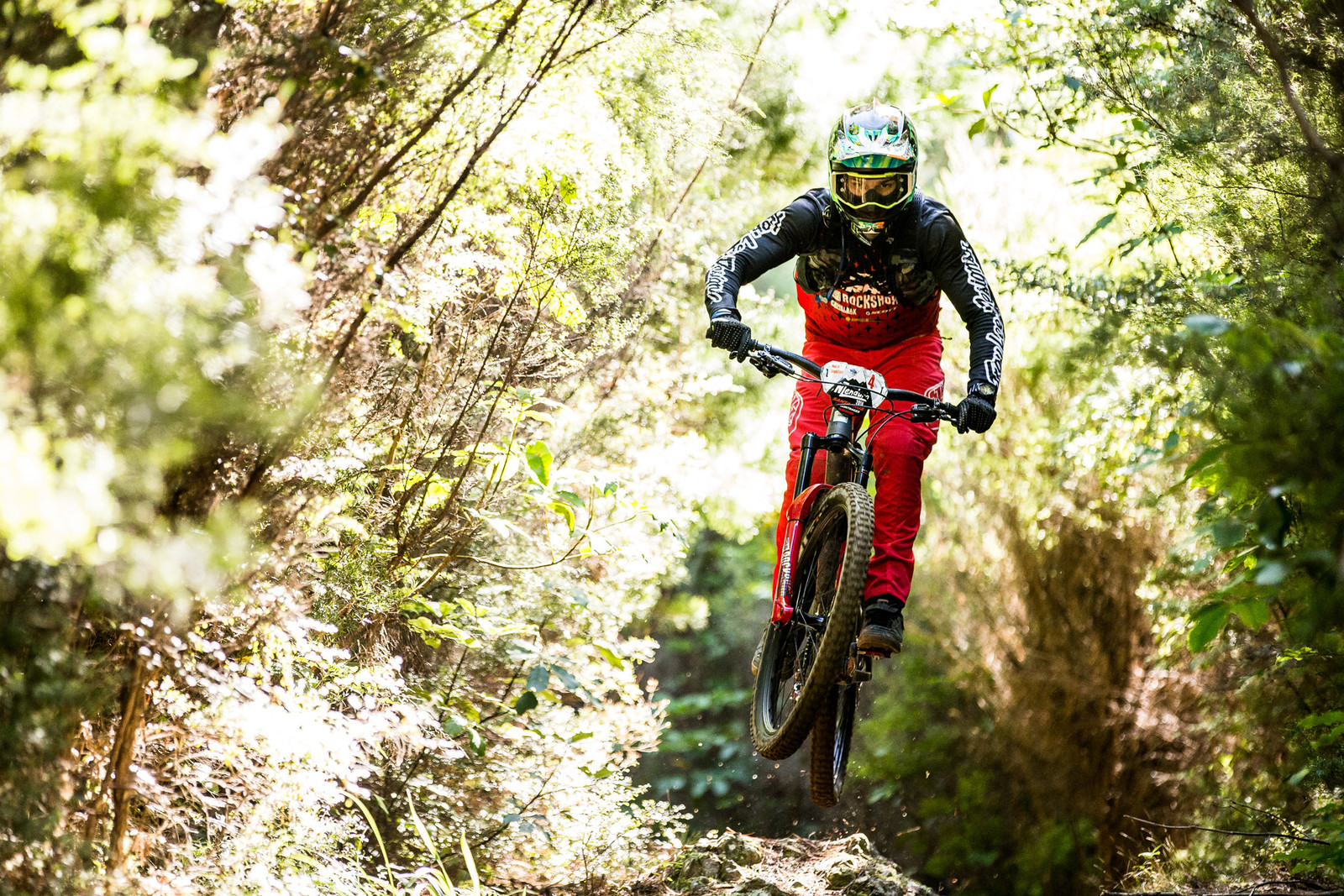 The fact that the fork’s settings are broad enough to achieve a comfortable setting for fun riding as well as a full-on, controllable race setup speaks to the top-notch job the RockShox team did with the redesigned air spring and compression settings. The mid-stroke support achieved with the expanded negative air chamber remained noticeable throughout all of the settings we experimented with. 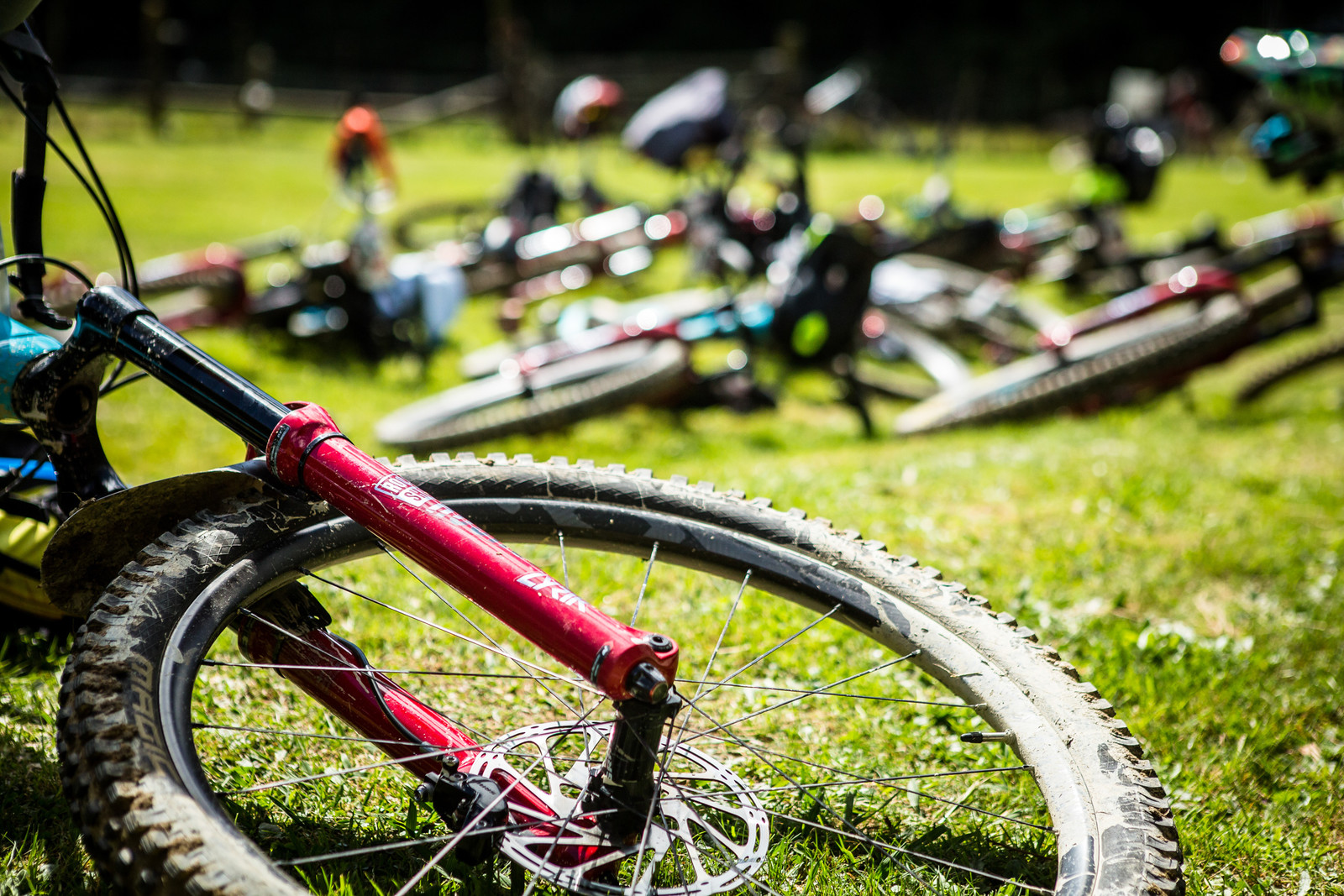 RockShox continues to find ways to better their products, providing more adjustability while still being relatively easy to set up. Improved small-bump performance and traction are the shining achievements of the 2019 Lyrik, and a more supported mid-stroke is the cherry on top. Small refinements to the Super Deluxe make an already-awesome shock that much radder.

Zach Faulkner, aka #MTBJesus, looks like a circus bear on a bicycle. His riding style has been compared to a landslide, complete with sounds of destruction and debris chasing his rear wheel down the hill. His zeal for riding is life-long, having been astride a bike since before he was forming memories. Bikes kept him in the woods and out of trouble through his teenage years, resulting in some notable race results in what was known as "Junior X" at the time. Zach moved away from racing in the Pro category a few years ago and can usually be found lying in the dirt next to race courses around the world holding a camera and hoping the auto-focus didn’t drop on that last shot. He also moonlights as a writer and product tester.